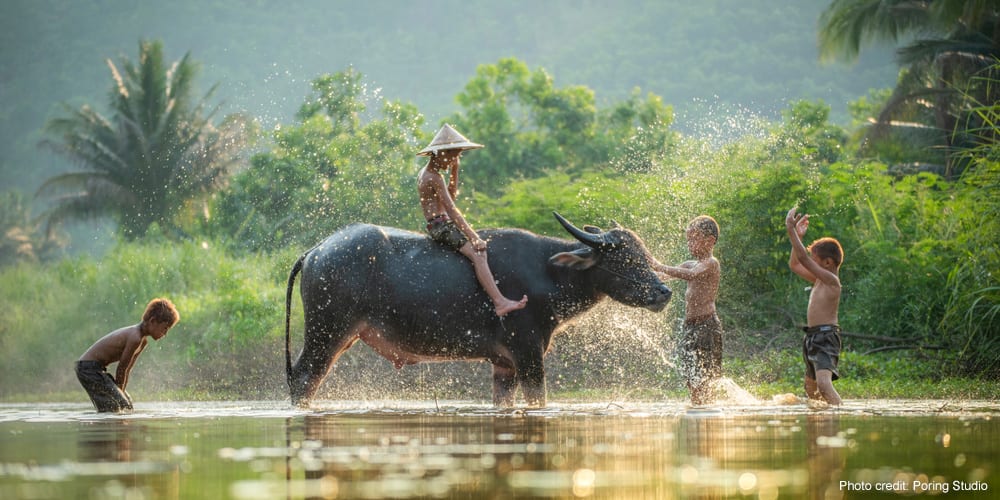 At the 87th Session of the UN Committee of the Rights of the Child held at the end of May 2021, Tunisia’s programs to address child protection were examined. The printed report of the session, issued on June 7, 2021, was fifty-five paragraphs long and addressed a wide range of issues affecting child welfare including the involvement of children in armed conflict, the sale of children, child prostitution and child pornography. Amid these topics, paragraph 16(c) recommended that Tunisia “Evaluate and eliminate, on the basis of the procedure and criteria described above, practices, policies and services that may not be in the best interests of the child, including societal violence against animals (emphasis added).” According to Malcolm Plant of the European Link Coalition, this language was prompted by advocates who were particularly concerned about the effect of street dog culling programs on children.

The impact of observing violence of any sort on children is a particularly challenging area of research. There is one published academic study looking at the impact on children of attendance at bullfighting events. The topic was examined by an academic team studying aggression over fifteen years ago (the 2004 publication is available here). The study looked at a sample of 120 boys and 120 girls aged between 8 and 12 in both government and private schools in Madrid, Spain. The attitude questionnaire indicated that the participants were not very positive about bullfighting in the first place while exposure to the videotapes of bullfighting resulted in more expressed aggression in boys than in girls and some of the children appeared disturbed by what they saw.

There is a widespread belief that children need to be exposed to education emphasizing the importance of kindness to animals. For example, in the 17th Century, British philosopher John Locke noted that children’s tendency to act cruelly to animals should be checked and that, if children were inclined “. . . to any such cruelty, they should be taught the contrary. . .” (Unti & DeRosa, 2003). Boys, in particular, were deemed to be prone to act cruelly or wantonly. These concerns about cruel behavior gradually evolved into a formalized system of humane education. Also, over the past century, an extensive canon of children’s literature featuring animal characters has emerged that reinforce the importance of being kind to all animals.

The corollary to the idea that children should be taught to be kind to animals (and consequently develop behavioral habits leading to kindness to humans?) is that children should not be exposed to spectacles involving violence to animals (or humans?). It is implicitly assumed by humane educators that societal activities where animal abuse is either explicitly endorsed (e.g. in bullfights or in mass killing events like the quinquennial Gadhimai festival in Nepal) or implicitly accepted, can have an adverse impact on the development of empathy for life and appropriate prosocial behavior. Such concerns led to a movement in the United States to pass felony animal cruelty laws in state laws, upgrading some cases of animal cruelty from a mere misdemeanor to a felony. In 1984, only four of the fifty states in the USA had felony animal cruelty provisions. Today, all fifty states have provisions addressing cases of malicious cruelty to animals as felonies and, in November 2019, President Trump signed the PACT Act (Preventing Animal Cruelty and Torture) that makes abusive behavior towards animals a Federal felony.

However, while there has been a great deal of attention to the links between animal abuse and human abuse primarily in North America for the past forty years, the movement (known as the Link – see earlier article in WBN) has not gained much traction in the rest of the world. Malcolm Plant of the European Link Coalition argues that the most recent finding of the UN Committee on the Rights of the Child now lays a foundation to extend initiatives addressing the links between abuse of humans and abuse of animals across the globe.