Posted at 11:30h By Adeline Lerambert 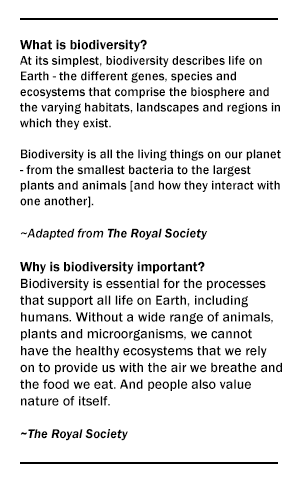 With wildlife and biodiversity in an unprecedented crisis, pressure weighs heavily on the UN‘s Convention on Biological Diversity (CBD), a multilateral environmental treaty that went into effect in 1993.

In December 2022, the CBD’s fifteenth Conference of Parties (COP15) will convene in Montreal to adopt an updated post-2020 Global Biodiversity Framework (GBF). This Framework replaces the 2011-2020 strategic plan, including the Aichi five goals and twenty targets. These targets have not been met and now need to be updated.

Planning for this update on a new Global Biodiversity Framework at COP15 began in 2016. COP15 was initially scheduled to be held in Kunming, China, in October 2020. However, it has been repeatedly delayed because of the pandemic. A virtual first phase of COP15 was held from October 11-15, 2021. The in-person COP15 that should adopt the new GBF is scheduled for Montreal (where the CBD secretariat is located) from December 7-19, 2022.

Over the past four years, the CBD’s 196 member countries, alongside a wide range of non-state actors, have been negotiating what is commonly referred to as the post-2020 Global Biodiversity Framework (or post-2020 GBF). Finalizing this Framework, which the Covid pandemic has seriously delayed, is expected to establish transformative solutions to reduce threats to biodiversity, enable people to live in harmony with nature, and ensure that biodiversity is used sustainably to meet people’s needs.

The draft Framework establishes 4 Goals for 2050 and proposes 22 targets for 2030. These goals and targets call for governments and society to inter alia: enhance the protection of land and sea areas globally (especially areas of particular importance for biodiversity, including their contributions to people); ensure the recovery and conservation of threatened species; address wildlife use, exploitation, and trade by humans; reduce the rate of introduction of invasive alien species, eliminate subsidies that harm biodiversity; and significantly increase international financial flows from all sources to developing countries to help protect biodiversity.

As a critical first step, the new roadmap should learn from the failures of its predecessor, the unfulfilled 20 Aichi Biodiversity Targets agreed upon in 2010. Despite laudable aspirations, the Aichi targets lacked the resources commensurate with the scope of the task and its challenges, including measurability, effective implementation, national-level commitments, robust monitoring, sufficient reporting, and accountability mechanisms.

Balancing the CBD’s three core objectives – conservation of biodiversity, the sustainable use of its components, and the equitable sharing of the benefits derived from using genetic resources – presents a massive challenge.

The CBD plays a leading role in addressing wildlife issues; however, it takes a utilitarian approach to its conservation, use, and management, which has thus far failed to stop and reverse species decline. If it is to be credible, the term ‘Sustainable use’ should only be applied where:

Without these conditions, sustainable use and equitable sharing of benefits cannot be achieved.

The CBD also needs the support of fully engaged allies. The CBD cannot fight the battle alone. Optimising the synergies and complementarities with other biodiversity-related Conventions, such as the Convention on the Conservation of Migratory Species (CMS) and the Convention on International Trade in Endangered Species of Wild Fauna and Flora (CITES), will significantly contribute to the new Framework’s success.

Above all, increased cooperation within the entire United Nations system, including recognised non-governmental organisations and other relevant stakeholders among civil society, financial institutions, and the private sector, will be essential. Intended as a ‘Framework for all,’ the post-2020 GBF must deliver a whole-of-society approach by breaking down the silos in international policy-making, facilitating alignment across sectoral priorities, and engaging the entire global community.

This new Framework is a chance, perhaps the last real chance, for the global community to tackle the intertwined climate and biodiversity crises through a holistic approach. Climate change accelerates biodiversity loss while deteriorating ecosystems lose their potential to mitigate climate change impacts and risk undermining the Paris Agreement’s goals.

The protection of biodiversity is deeply entrenched with other aspects of human development and underpins the achievement of many of the Sustainable Development Goals. Conversely, poorly construed socio-economic policies will continue exacerbating the key drivers of biodiversity loss. These drivers, identified by the Intergovernmental Science-Policy Platform on Biodiversity and Ecosystem Services (IPBES) in its 2019 Global Assessment, include changes in land and sea use, direct exploitation of organisms, climate change, pollution, and the increasing threats from invasive alien species.

These five direct drivers result from an array of underlying causes that must also be addressed. These include people’s disconnect with nature and the resulting lack of value placed on the importance of nature, human production and consumption patterns, trade, local and global governance, and technological innovations. Only through mutually supportive actions can real progress be made for the benefit of all life on Earth.

One key area for sustainable development that the Framework cannot afford to ignore is the linkage between biodiversity and health. The Covid-19 pandemic has spotlighted the interdependencies between people and ecosystems. The pandemic has highlighted the associated risks from wildlife trade and exploitation that undermine the health of animals and people. Preserving biodiversity and its ecosystem services can substantially reduce zoonotic disease risk and help tackle the biodiversity and climate crises. The importance of nature for human well-being is now being addressed by leading bodies such as the UN Environment Assembly, the Quadripartite (UNEP, FAO, OIE, and WHO) Alliance, and the One Health High-Level Expert Panel. The CBD must fully incorporate awareness of these intrinsic connections into its post-2020 GBF by adhering to the cross-cutting One Health approach that highlights and integrates human, animal, and environmental health and well-being.

Yet as matters stand in the negotiations, the integration of human health-related elements continues to be controversial, and opinion is divided among governments. Some countries continue to resist the incorporation of One Health into the new Framework, arguing that tackling global health issues goes beyond the CBD’s mandate. Despite a new draft target reflecting the risk of facilitating pathogen spillover from wildlife exploitation and trade, the current language within the Framework remains vague and unambitious. The current draft also ignores the role of other factors in the emergence of diseases, such as habitat fragmentation and agricultural intensification. The post-2020 GBF should ensure alignment with other CBD initiatives, including its draft Global Action Plan on Biodiversity and Health, which encompasses the importance of ecosystems for human health and animal welfare.

Despite an encouraging first phase of COP15, held virtually in October 2021, where 93 governments and the European Union endorsed the Leader’s Pledge for Nature, the pace of the technical negotiations on the post-2020 GBF has been painstakingly slow. In the few days preceding phase two of COP15 in December, the draft Framework will undergo further refinement before the Framework’s final draft is put forward for adoption at the Conference of the Parties. These negotiations will be the last opportunity for governments to adopt a transformative and far-sighted new Global Biodiversity Framework to achieve its ambitions. This effort cannot afford to fail.