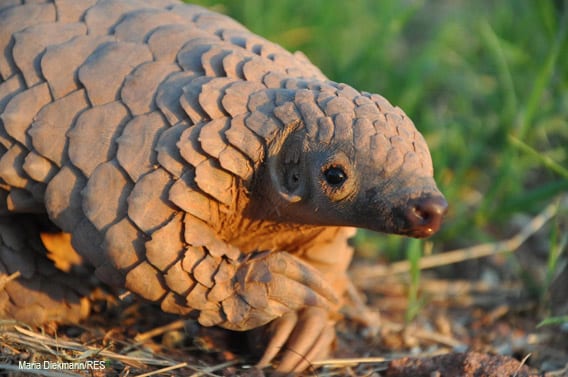 Posted at 09:09h By Mark Jones BVSc, MSc (Stir), MSc (UL), MRCVS
The world’s wild animals are in serious decline. Humanity has wiped out 60% of wild animal populations since 1970. The International Union for Conservation of Nature (IUCN)’s ‘Red List’ classifies a quarter of all mammals, a third of sharks, rays and corals, and 40% of amphibians, as threatened with extinction. Many more species may be falling under the radar.
The Global Assessment Report on Biodiversity and Ecosystem Services, published recently by the Intergovernmental Science-Policy Platform on Biodiversity and Ecosystem Services (IPBES), estimated that a million species may be at risk of extinction. IPBES, which identified economic exploitation among the key drivers of biodiversity loss, emphasized that ‘transformative changes’ are required to restore and protect nature, and indicated a need to overcome opposition from vested interests. These are strong words from an intergovernmental body, and they come not a moment too soon.
Commercial trade in animals and their body parts is a big part of the problem facing wildlife. Wild animals are traded live as exotic pets, exhibits, or for research. Their heads, skins, teeth, bones, bile, and other body parts are traded as food, trophies, ornaments, jewelry, traditional medicines, tonics and supplements and for a host of other purposes.
In 2015 alone, more than 1.2 million international transactions were reported that involved protected wild animals or parts and products derived from them. And that’s just the legal trade. The illegal trade in wildlife (excluding fish and timber) is thought to be worth in excess of US$23 billion.
Twenty thousand or more elephants are killed every year by poachers for their ivory. Almost 8,000 rhinos have been killed for their horn in South Africa alone over the past decade, from a global population of less than 30,000. One hundred million sharks are killed annually for their fins. One million pangolins are thought to have been killed in the past decade for their scales and meat. Thousands of great apes are killed each year to supply the demand for pets, wildlife attractions, bushmeat, and ceremonial body parts in a trade which may be worth as much as US$10 million annually.
In August 2019, Government representatives from more than 150 countries will converge at the 18th Conference of the Parties to the United Nations’ Convention on International Trade in Endangered Species of Wild Fauna and Flora (CITES), in Geneva, Switzerland, to discuss the rules that govern international trade in wildlife. Civil society groups, trade bodies and the media will also be among the 3,000 or more delegates. The meeting will consider proposals to increase protection against trade for some species but decrease it for others.
Governments are spending significant amounts of public money to send their officials to this meeting, in order to represent their citizens. The decisions they make must be focused on protecting wildlife against the negative impacts of trade, rather that serving the commercial interests of traders. In other words, those ‘vested interests’ identified by the IPBES Global Assessment Report must not be allowed to prevail.
The European Union and its Member States are a critical factor in this process. Because each EU Member State has a vote, and because the EU countries adopt common positions prior to a CITES meeting in order to vote as a block, the position the EU takes is pivotal in determining whether proposals at the meeting succeed or fail.
The European public has to have confidence that their concerns for the future of wildlife are taken on board by the delegates at the meeting who are there representing them. The EU must be reminded that a strict precautionary approach to wildlife trade, and a focus on increasing wildlife protection, are vital if we are to address the crisis facing global biodiversity.
The world needs to wake up to the fact that we cannot trade our way out of the extinction crisis. If we are to prevent further declines and secure a future for wild animals, we cannot go on treating them as mere tradable commodities.
The international community is finally waking up to the climate crisis. Biodiversity, and by extension the myriad of wild species that make up the complex ecosystems on which we all rely for our clean air, clean water, food, and other ‘ecosystem services’, is just as much in crisis. The two issues are closely interconnected. In order to mitigate the devastating impacts on climate change, we must address and reverse the loss of biodiversity, and vice versa.
Wildlife must be kept in the wild, where it belongs.
Print page