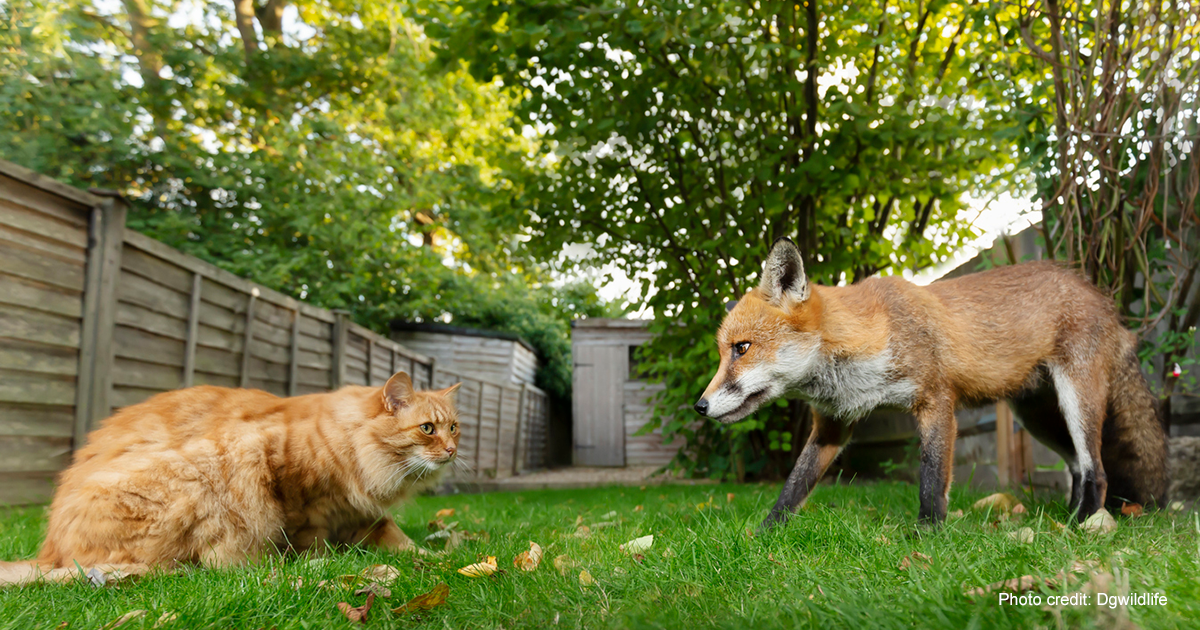 There are many examples of animal evolution in which wild creatures adapt to take advantage of urban or industrial environments. A recent paper describes some details of urban fox evolution. As with many such findings, the story began with a researcher, Kevin Parsons, asking some questions about one or more passing observations – in this case, observations of the foxes seen on the streets of Glasgow in Scotland in the early morning. Parsons was particularly struck by the relative lack of fear shown by the foxes.

He followed up on his curiosity about urban foxes by investigating a collection of fox skulls maintained in the National Museums Scotland. The skulls had been collected from London and the adjacent countryside between 1971 and 1973 by another academic, Dr. Steven Harris. All were marked with their locations and labeled as either urban or rural. Parsons and his colleagues photographed 75 urban skulls (37 males, 38 females) and 36 skulls (17 males, 19 females) collected from rural areas around London. Sites were classified as urban if they contained buildings and street lighting and lacked wooded areas. Rural sites were dominated by wooded areas and little to no human habitation at the time the skulls were collected.

There were distinct differences between the urban and rural skulls, with the urban skulls having shorter snouts, wider muzzles and smaller brain cases compared to the rural skulls. However, there were no significant differences between the sexes in the urban skull collection. The researchers commented that “While not domesticated, urban foxes show reductions in muzzle size, reduced sexual dimorphism and a narrowed braincase.” They also speculated that taking up residence among humans would favor individuals with reduced levels of fear and stress, as demonstrated in a study of grey squirrels in Japan.

This research raises, as good science does, any number of questions and issues that beg further study. Are urban foxes ‘self-domesticating,’ as Virginia Morrell asks in a popular press review of the data? Is the noted change in skull morphology a biomechanical adaptation to dietary differences between urban and rural foxes? And are urban habitats so different from the rural as to force this sort of evolutionary change over what seems to be a relatively short period of time?

In addition to enjoying the most extensive range distribution of any non-domestic canid, red foxes are well known as ‘urban adaptors’ and have long been associated with cities throughout the world. Such urban fox populations are nowhere better studied than in Great Britain. In fact, thanks to the welcome they receive in many British neighborhoods and back yards, researchers have been able to document such high fox densities that a type of social grouping completely unknown for the species elsewhere has been demonstrated, along with the possibility of what is called ‘drifting territoriality,’ in which the ranges of these groups moved annually across the urban landscape. Non-resident foxes drift and disperse throughout the urban environment looking for mates and a place to call their own.  Railways provide ideal corridors along which foxes can move from city to country and back again.

Red foxes are famous for their behavioral plasticity, consistent with their apparent evolutionary success story. The Parson et al. study reminds us that their morphology is also variable, and those possible linkages between behavior and form remain to be more completely explored.

Because of its nocturnal and secretive nature, the red fox has only grudgingly and reluctantly given up the secrets of its life. We can only say for sure that we have a lot more to learn about the red fox and its adaptation to urban environments.