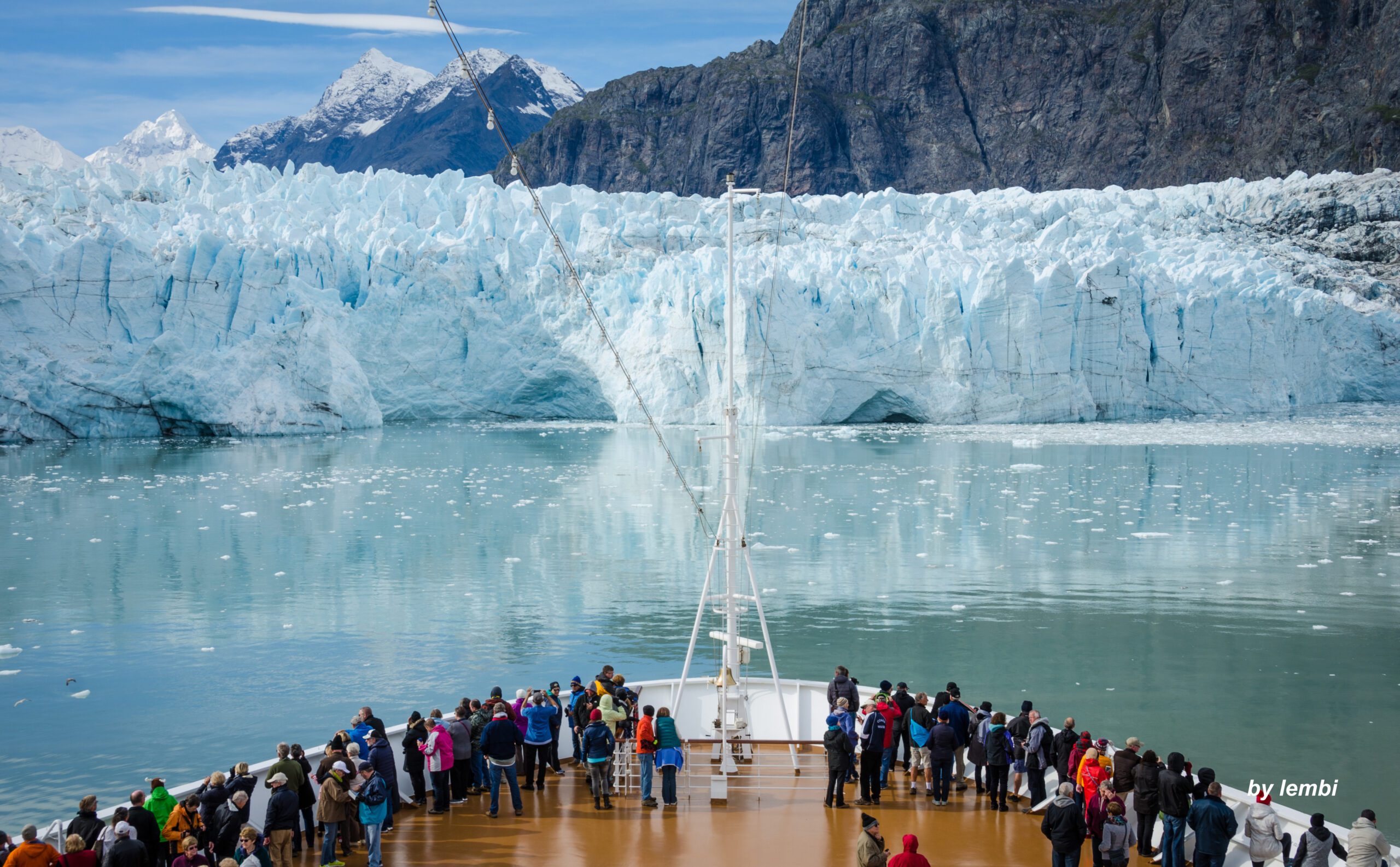 The Arctic, a region extending from the North Pole into Canada, Greenland, the Faroe Islands, Finland, Iceland, Norway, Russia, Sweden, and the United States, has experienced global warming at twice the rate of the rest of the planet.  The likely cause of such higher temperatures?  Loss of sea ice.  “When bright and reflective ice melts, it gives way to a darker ocean; this amplifies the warming trend because the ocean surface absorbs more heat from the Sun than the surface of snow and ice.” (NASA).

This year, the Arctic sea ice reached its seasonal peak growth on February 25th, according to provisional satellite data from the National Snow and Ice Data Center, making it the tenth lowest in the 44-year history of recording such data.  This year’s data continues a 15-year trend.  At this rate, some modelers forecast that the Arctic could be ice-free part of the year before the end of this century.

Meanwhile, travelers flock to the Arctic for its nature and outdoor activities.  A 2020 study examining social media data showed that summer tourism quadrupled, and winter tourism in the Arctic increased by an astronomic 600% between 2006 and 2016.  The Arctic as a tourist destination is expected to continue an upward trajectory, with one article estimating 8.3 million tourists annually.  These numbers will only increase as melting ice opens the waters during more months of the year to more passenger vessels, the number of which has already seen a 35% increase from 2103 to 2019. 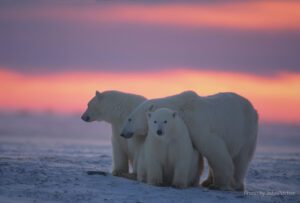 Polar bear with her yearling cubs against Arctic sunset

Traveling to destinations such as the Arctic to see the ice shelves or polar bears before they “disappear,” so-called “last chance tourism” by the media, may only intensify that demand.  So how does this growing demand for travel to the Arctic impact an already fragile environment?

Can tourism and sustainability co-exist?  Indeed, tourists are starting to demand this.  In a recent study, 72% of people surveyed said that travel should “support local communities and economies, preserve destinations’ cultural heritage and protect the planet.”

Many tour companies operating throughout the Arctic now voluntarily comply with the WWF’s 10 Principles for Arctic tourism.  Organizations such as the Arctic Council and its research organization, the University of the Arctic (UArctic), facilitate collaborative processes among the several Arctic States, Indigenous Peoples, and other varied regional interests to tackle sustainable tourism.

Despite these and other efforts to protect the Arctic, much more is needed to be done.  We need to look no further than the other pole – the Antarctic, to focus on a very successful international treaty.  There are few places in the world where there has never been war, where the environment is fully protected, and where research and scientific discovery have priority.  The Antarctic Treaty has successfully protected the Antarctic and resolved international disputes since it was opened for signature in 1961.  The Treaty provided that any party could call for a review conference after thirty years.  But no party has called for such a review.  All parties recognize the continuing strength and relevance of the original Treaty that established” a natural reserve, devoted to peace and science.” We now need an Arctic Treaty protecting the other pole for people, animals, and the environment.