Posted at 10:14h By Kathleen Rowan 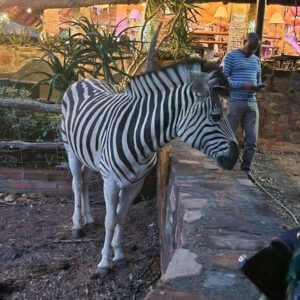 At the beginning of November, WellBeing International was in Gaborone, Botswana, to attend the Sixth African Animal Welfare Conference and, specifically, to participate in a special session on UNEP’s progress in addressing the UNEA Resolution on the Nexus between animal welfare, the environment, and sustainable development. One of the side events for conference attendees was a visit to the Mokolodi Nature Reserve just outside Gaborone. The park is a private 30-square-kilometer tract of African savanna run by the Mokolodi Wildlife Foundation. This environmental and conservation education organization is focused primarily on providing the children of Botswana with the opportunity to experience African nature and to encourage the protection of African wildlife.

A Yale University Ph.D. project provides support for the importance of the Mokolodi Wildlife Foundation’s mission. The 1989 survey of attitudes to wildlife in Botswana (see AR Mordi, 1991, Attitudes toward Wildlife in Botswana, Garland Publishing, NY) found that those respondents who were educated, relatively well off, and living in urban centers had the most positive attitudes to wild animals. Rural residents typically saw wildlife as threats to their livelihoods or unwelcome competition for scarce resources and had negative attitudes toward wild animal conservation. 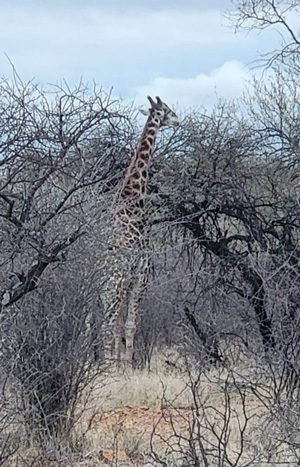 A tour vehicle takes visitors along the park’s red dirt roads through a typical African savannah landscape. As our group set off from the visitor center, a zebra pranced up the dirt road toward us. Remarkably, the zebra did not shy away but stayed on the edge of the road and appeared to inspect all the passengers closely as we drove past. Frankly, one felt that everyone on that bus would be entered into a spreadsheet and given odds of whether attention or food could be had. After the game drive, which featured many guinea fowl and francolin, as well as several giraffes, a gemsbok, and several warthogs, we returned to the visitor center only to find the inquisitive zebra next to the outdoor restaurant in wait. Naturally, several of our party went over to the wall for a closer look, and the zebra reciprocated, allowing the visitors to take close-up photos and videos. Again, one had the feeling that the zebra knew how to pose.

The zebra’s mane was magnificent and appeared precisely trimmed and groomed for the occasion. The zebra was also rather “pushy” in seeking attention (and food?) from the human guests. We later learned that her name was Alice while her mate’s name was Wonderboy. Both tended to stay close to the restaurant and sought interactions with the human visitors. Everybody was delighted to obtain numerous close-up photographs and admire the glistening and well-groomed black and white mane.

WBI would note that humans are discouraged from feeding and interacting directly with wild animals for the safety of both humans and wild animals.