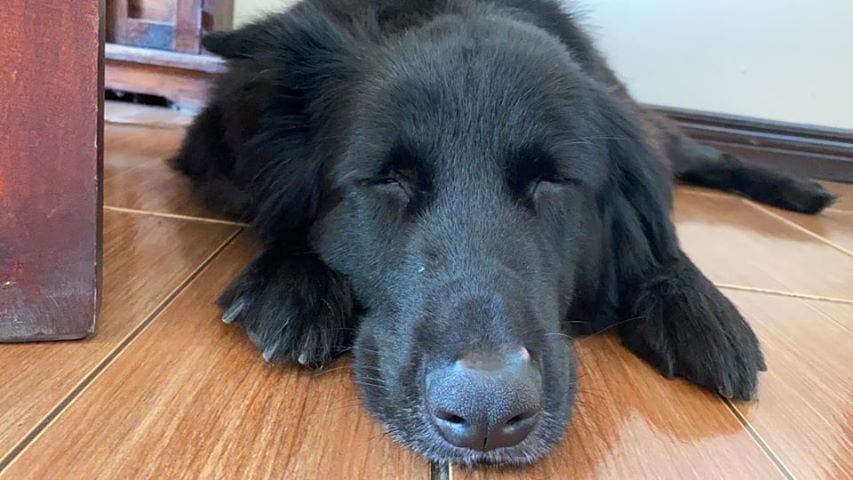 Posted at 05:03h By Kathleen Rowan
Often, when one hears about animal rescues they aren’t told the complete chain of events that has to occur for the rescue to be successful. The following story allows us to follow the rescue journey of one dog through her eyes and through those of the wonderful people who helped. 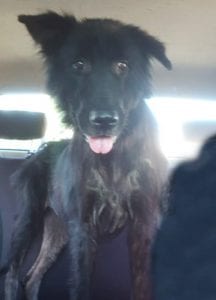 The Call – Earlier this year, staff at our partner organization in Costa Rica, AHPPA, received a call about an abandoned dog in San Rafael. The gentleman who called had observed the dog’s poor condition and swollen stomach and thought the dog was pregnant. Staff responded quickly and dispatched a team to locate the dog. The dog was quickly found and it was confirmed that she was in dire need of medical attention, food and shelter. Although homeless and in pain, the dog trusted the team and allowed them to load her in the truck headed toward an unknown destiny. The call from the concerned citizen and the subsequent response by AHPPA were significant steps to a new lease on life.
The Rescue – The dog, who was female, was transported to the AHPPA shelter in San Rafael, in what must have been a terrifying journey for a homeless dog. She was immediately evaluated by Dr. Ligia Vialobos, one of the veterinarians at the clinic, who determined that in addition to the obvious skin problems and depressed state, she was also infected with Lyme disease and riddled with erlichia – rickettsial bacteria that produce a variety of symptoms including a fluid-filled abdomen. According to Dr. Ligia, “It was unbelievable how trusting she was.” 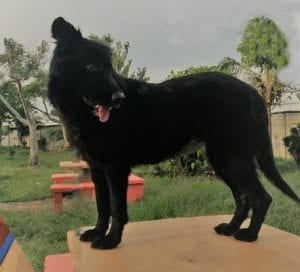 The Recuperation – It took three months to treat the Lyme disease and the Erlichiosis and nurture the dog back to health. During this period, Dr. Ligia and the dog’s caretaker, Enrique Espinoza, provided much tender loving care. She was taught a repertoire of tricks and became a very social and trusting animal despite having been abandoned. She still believed in humans.
The Adoption and Journey Home – At the beginning of May, somebody came to the shelter looking for a new dog and fell in love with her. He could not take her home that day because she still needed to be sterilized, but she got her new name: Nyx. Nyx also felt that it was a perfect fit. After her “spa” stay at the clinic, Nyx showed off her glistening coat and svelte weight. She was then taken to her forever home the following week. 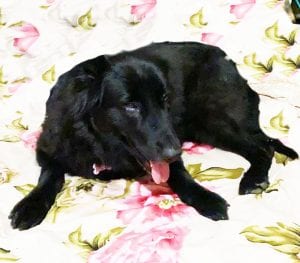 Epilogue – Nyx’s journey to a new home was a difficult one, but she had the determination to survive and live. Her journey would also not have been possible without the dedication, care and nurturing from the staff at AHPPA. Nyx is an example of what is happening daily at many other rescues and clinics around the world. It should also be noted that Nyx has secured “her place” – on the bed!
Print page