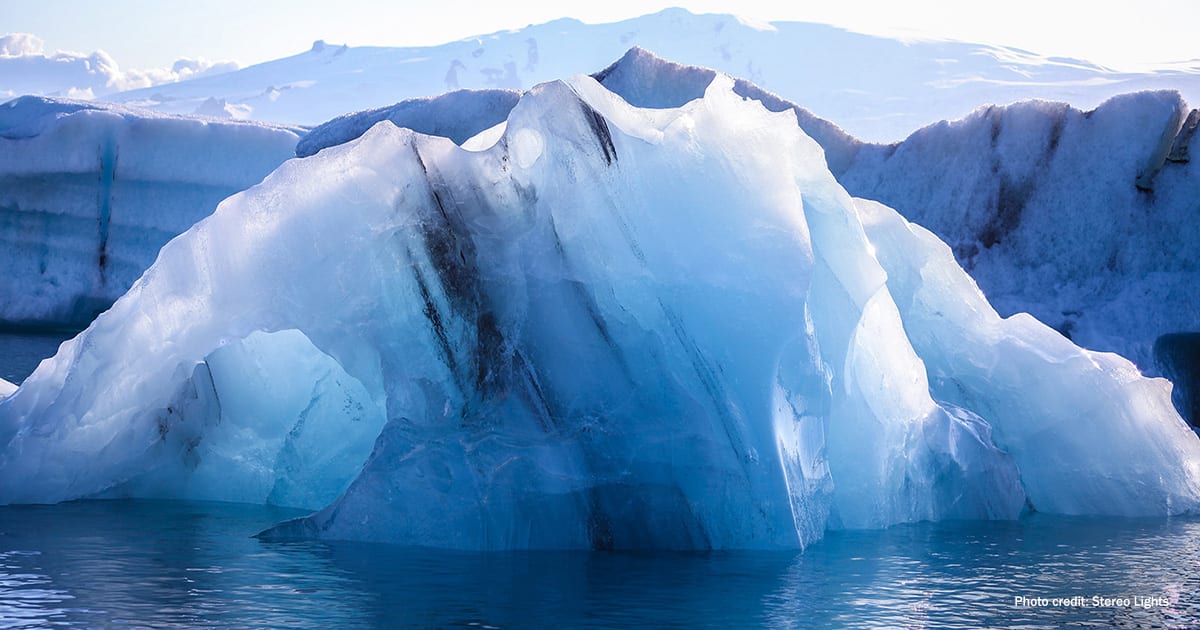 May 28, 2021 The Human Footprint from the Last Ice Age to the Present

Around 20-25,000 years ago, the earth was in the grip of an Ice Age. The sea level was around 400 foot lower than it is today, global rainfall was lower and approximately a quarter of the earth’s surface was covered in ice. The earth then began to warm (the average global temperature at the height of the Ice Age was approximately 6 degrees lower than it is today) and the glaciers retreated leading to more rain and a substantial increase in the world’s vegetation stabilizing at around 11,000 years ago. Now, a careful study of fossil pollens has revealed that the earth’s vegetation began to change rapidly again around 4,600 years ago (and even more rapidly than the rate of change observed at the end of the Ice Age). It should be noted that the climate has been relatively stable since the end of the Ice Age and was probably not the cause of this rapid change in global vegetation. Therefore, it was suggested in the analysis that human activity (and the human footprint) was the probable cause of the rapid change in vegetation.

In a previous newsletter, we wrote of the challenge of “shifting baselines” in which humans view the condition of the earth of a few decades or perhaps a half century earlier as normal. For example, the Living Planet Index tracks the populations of wild animals since 1970 and has documented a global decline in the studied populations averaging around 60% since 1970. But many wildlife populations had already experienced substantial decline by 1970. It is important to also view changes in the earth’s biodiversity from hundreds or even thousands of years ago so that we can place the recent changes in biodiversity into their proper context. 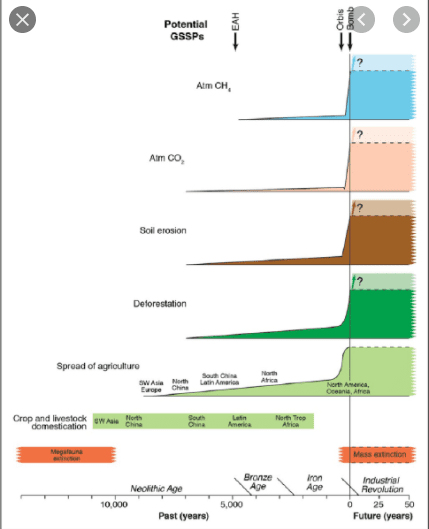 Figure Reprinted from Lewis & Maslin, 2015, The Anthropocene Review 2;128-146 with permission from M Maslin. The GSSPs refers to the potential dates from which an Anthropocene Epoch might be judged to have begun. The Ice Age ended and the Holocene Epoch began around 11,500 years ago.

The study of the fossil pollens coupled with sophisticated analysis allows us to push the baseline back thousands of years. We cannot observe what is happening in any detail, but the rate of change analysis indicates that something was influencing global vegetation significantly starting thousands of years ago. The authors of the study and of a commentary in Science suggested that the primary cause of this rapid change in vegetation was likely human activity.  Such activity would have included agriculture, deforestation and the use of fire to clear landscapes because the climate was not changing significantly at the time.

This is a remarkable finding. It is not easy to determine how many people might have inhabited the earth in 2000 or 1,000 BC, but the total population was probably somewhere in the 50 to 150 million range. That so few humans can have had such a large impact on the earth’s vegetation is very surprising.  Overpeck and Breshears, the two authors of the commentary on the pollen study, suggest that the Anthropocene (a proposed new global epoch) could have begun well before the Industrial Revolution. Most of the discussion around the idea of the Anthropocene has discussed dating this new epoch from the beginning of the nuclear age (around mid-20th century) or from the Great Acceleration , a time also starting mid-20th century, when there was a dramatic increase in a wide range of measures of human activity. But there are alternative suggestions for when the Anthropocene might have begun and some suggest that an Anthropocene epoch may well date back several thousand years.

No decisions have yet been made on whether to announce a new geological epoch, but the concept has led to much fruitful research on the extent of human impact on the earth and its biodiversity. Innovative and creative research is now beginning to push back the possible start of the proposed new epoch further than those grandparental reminiscences starting with “When I was a child…”