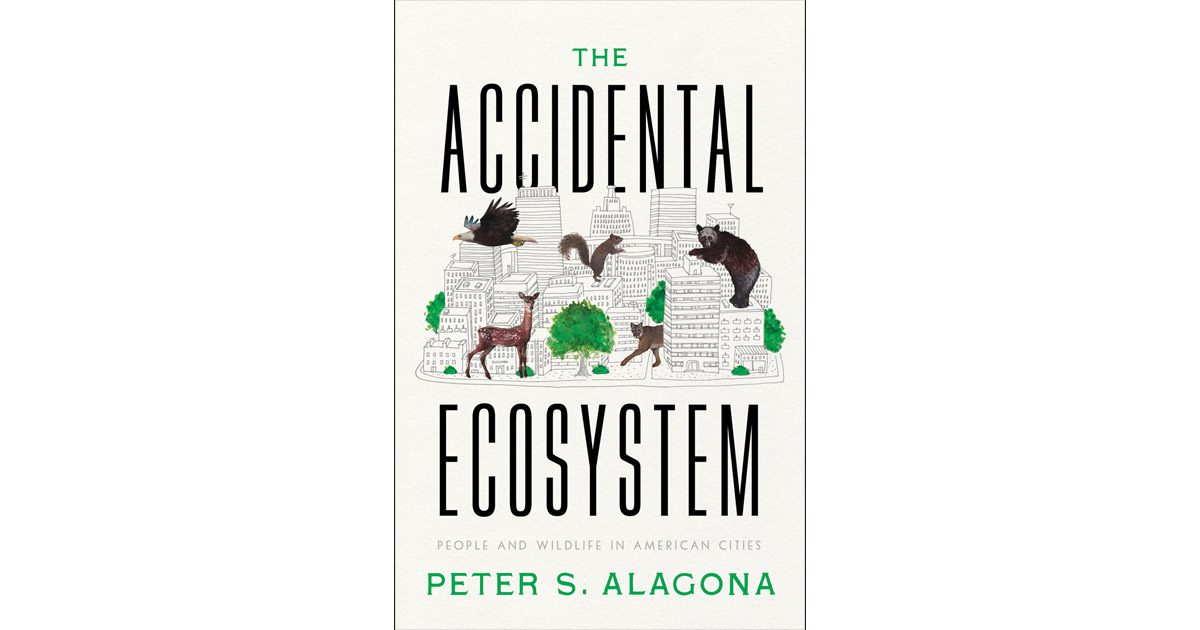 The lockdowns of the recent pandemic are said to have led to an “Anthropause” – a dramatic release of human pressure on the nonhuman world. From media coverage capturing feral hogs roaming city streets in Europe to daytime sightings of bears and bobcats in American cities, it seemed as if wild animals were boldly claiming urban space unoccupied by humans. Of course, more people were at home and perhaps simply paying extra attention to what was happening around them. But whatever the case, many questions were being asked about the presence of wildlife in cities. To answer them, we have the timely arrival of The Accidental Ecosystem: People and Wildlife in American Cities (2022, University of California Press) by Peter S. Alagona, Professor of Environmental Studies at the University of California, Santa Barbara. This readable 275-page perspective on urban wildlife is a must for anyone wanting to know more about how wild animals increasingly seem to be adjusting to and coping with the challenges of urban living. It begins by asking a simple question: why have so many cities — the most artificial and human-dominated of all Earth’s ecosystems — grown rich with wildlife?

Why indeed? To start, we ought to acknowledge that there undoubtedly are a lot of squirrels and crows who would take exception to the idea that this growth is anything new. But looking back, Alagona documents that there was a time not so long ago when even these most common urban species were not that common. Adapting to urban living involves some fairly complex adjustments, not the least of which is acquiring an ability to navigate a constantly changing and dynamic human environment. It has taken time for wild animals to make needed adjustments. We are only beginning to understand how different species have accomplished what they have. This understanding is partly due to only recently reaching what Alagona calls the “inflection point,” where we have enough studies of urban wildlife to put some pieces of the puzzle into place finally. As a biologist and environmental historian, Alagona deftly interweaves information on the history and development of the field with some of the major research themes. These themes include urban food webs, mesopredator release, land mosaics and habitat fragmentation, and direct and indirect evolutionary changes. He adds entertaining stories of iconic nonhuman urbanites like the Hays bald eagles on the Monongahela River in Pittsburgh.

In keeping with our understanding of what we know are the dual necessities in studying urban wildlife, this book is about people as much as wild animals. Alagona has much to say about the human dimensions of urban wildlife – the ambiguities of the love/hate relationships people can have with their wild neighbors. These complex and often illogical relationships include the fears people harbor about “meeting” wild animals in our personal space and the challenges of managing wildlife when animals become overabundant.

Birds and butterflies are enjoyed and adored, while rats and snakes are hated and vilified. Some think huggables like raccoons are gross because they rummage through trash. These views perhaps say more about people than raccoons, but it leaves no doubt that if we are to conserve the natural world, we will have to strive for better understanding and engagement by the urban public. The good news, as Alagona relates, is that the boom in research has been accompanied by a “… flood of education and outreach efforts.” The next generation seems poised to better deal with the opportunities and challenges of wild animals living in proximity to dense aggregations of humans.