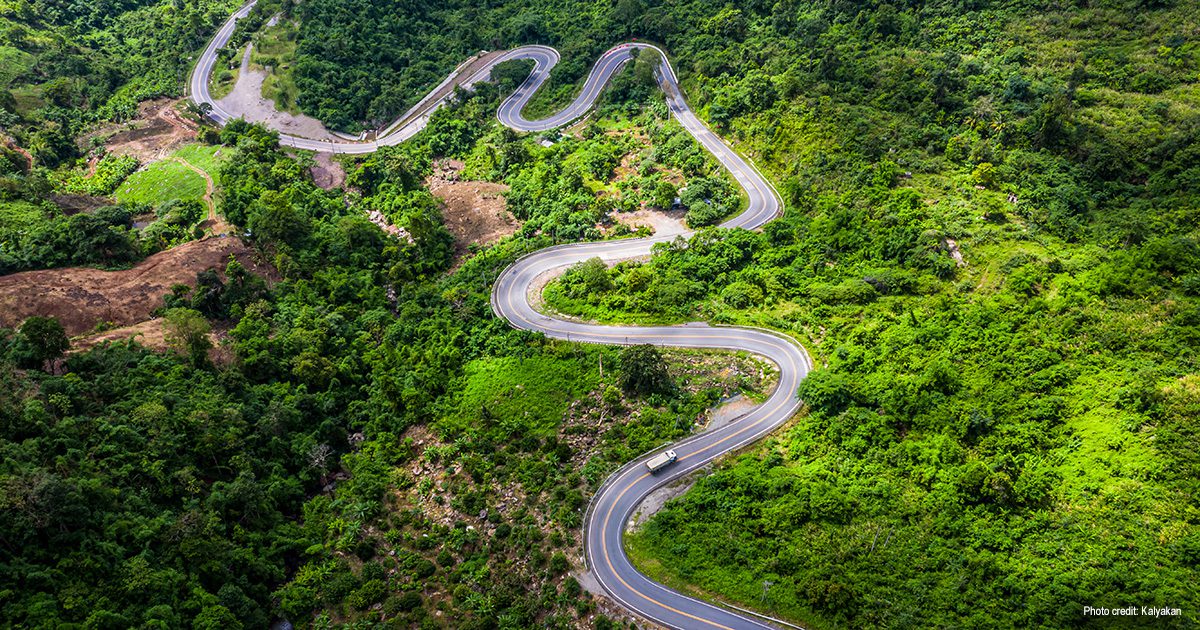 For many of us, wildlife-vehicle collisions are a fact of life. In some areas where roads bisect wildlife habitat, collisions or near misses with large mammals like deer are all too familiar, and countless smaller creatures like turtles and squirrels fall victim to automobiles every day. In addition to the risk of collisions, these roads also act as barriers to animals completing daily movement or seasonal migrations essential for survival. Roads and other linear infrastructure (railways, canals, power lines) have many adverse impacts on wildlife and biodiversity.

What if there was an opportunity to address adverse impacts to wildlife before roads were built in the first place? Right now, as many Asian countries experience unprecedented economic growth accompanied by a rapid expansion of linear infrastructure—roads, railways, and power lines—a window of opportunity exists to do just that. Species ranging from elephants and rhinos to orangutans and rare birds all stand to benefit from the wildlife-friendly linear infrastructure. Yet efforts are hampered by a lack of available data and capacity among infrastructure developers to plan and implement safeguards.

These opportunities and challenges were recently examined in depth by the nonprofit Center for Large Landscape Conservation. To address the impacts of Asian infrastructure growth on the natural world, the United States Agency for International Development (USAID) launched the Linear Infrastructure Safeguards in Asia (LISA) Project in 2020. Due to the Center’s expertise in the connectivity of wildlands, it was selected to be the lead investigator on the project, assessing how well-prepared the 28 Asian countries are to safeguard their biodiversity. 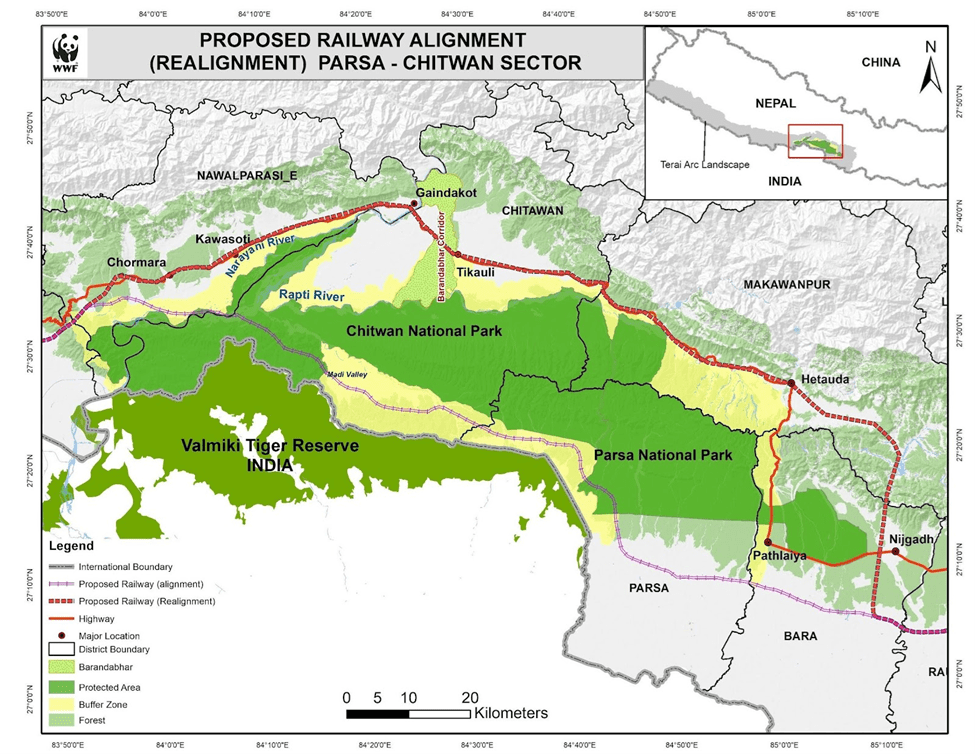 The proposed railway route that would have bisected important conservation areas (e.g., Nepal’s Chitwan National Park and India’s Valmiki Tiger Reserve) has been changed to run around Chitwan alongside an existing highway. This realigned route is currently being reviewed. | Credit: WWF-Nepal

For instance, in the mountainous country of Bhutan—which had no paved highways before 1960—the Road Network Project II, financed by the Asian Development Bank (ADB), is building roads to accommodate an expanding economy and population. Because some of the proposed road segments passed through habitat for species like the clouded leopard and Asian elephant, ADB required an environmental impact assessment, which confirmed some routes might impact wildlife movement. Consequently, the project planners realigned some road segments to avoid key habitat areas. They added several wildlife crossing structures to their plans, including some designed with an increased height and width for elephants.

This case study illustrates the importance of acquiring good wildlife data to help avoid or mitigate impacts to wildlife, but this is just one of many current and proposed new linear infrastructure projects in Asia. Without widespread safeguards, the ongoing and anticipated expansion of linear infrastructure will further fragment vital habitats, affect biodiversity, create barriers for wildlife movement, and increase mortality.

Two of the more familiar mitigation measures to reduce the impact on wildlife include overpasses or underpasses that allow animals to cross safely over or under roads and railways. Some measures might be as simple as installing fencing to funnel animals to existing bridges and large culverts that provide safe crossing points. Or they might be more complex such as raising long stretches of highway, called flyovers, to allow animals to pass underneath. New technologies are also being explored, such as electronic systems that detect elephants near railway tracks and alert engineers in oncoming trains. It is not just the large species that could benefit; hanging bird diverters on power lines, building horizontal ladders over roadways for monkeys, or building small tunnels under roads for amphibians all contribute to protecting biodiversity. 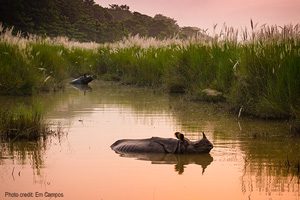 The Bhutan example demonstrated what is possible when financiers, industry, government, and non-governmental organizations work together to plan wildlife-friendly linear infrastructure. But the LISA Project found that the necessary expertise and capacity to implement safeguards among these constituent groups in every Asian country does not always exist.

“The LISA Project sought to identify where biodiversity may suffer the most from future linear infrastructure development and to determine whether capacity exists—smart policies, available data, and knowledgeable experts—to sufficiently deploy protective measures,” explains Dr. Amrita Neelakantan, who is based in India and was the Asia Coordinator and Capacity Assessment lead for the LISA Project.

“Through our capacity assessment we discovered that there is much more to learn about the impacts of, and potential solutions for, linear infrastructure. Equally important, there is a great need to increase expertise with the capacity to design, plan, and build safeguards,” says Dr. Neelakantan.

Dr. Neelakantan adds that a survey of professionals in Asian governments, industry, financial institutions, and non-governmental organizations found that 86% of the 300+ respondents expressed an interest in training opportunities for safeguarding wildlife from linear infrastructure impact.

“The desire exists to protect Asia’s wildlife and incredible natural heritage,” says Dr. Neelakantan. “We hope this assessment is a first step that lays a foundation for the proliferation of wildlife-friendly linear infrastructure planning and implementation throughout Asia.”