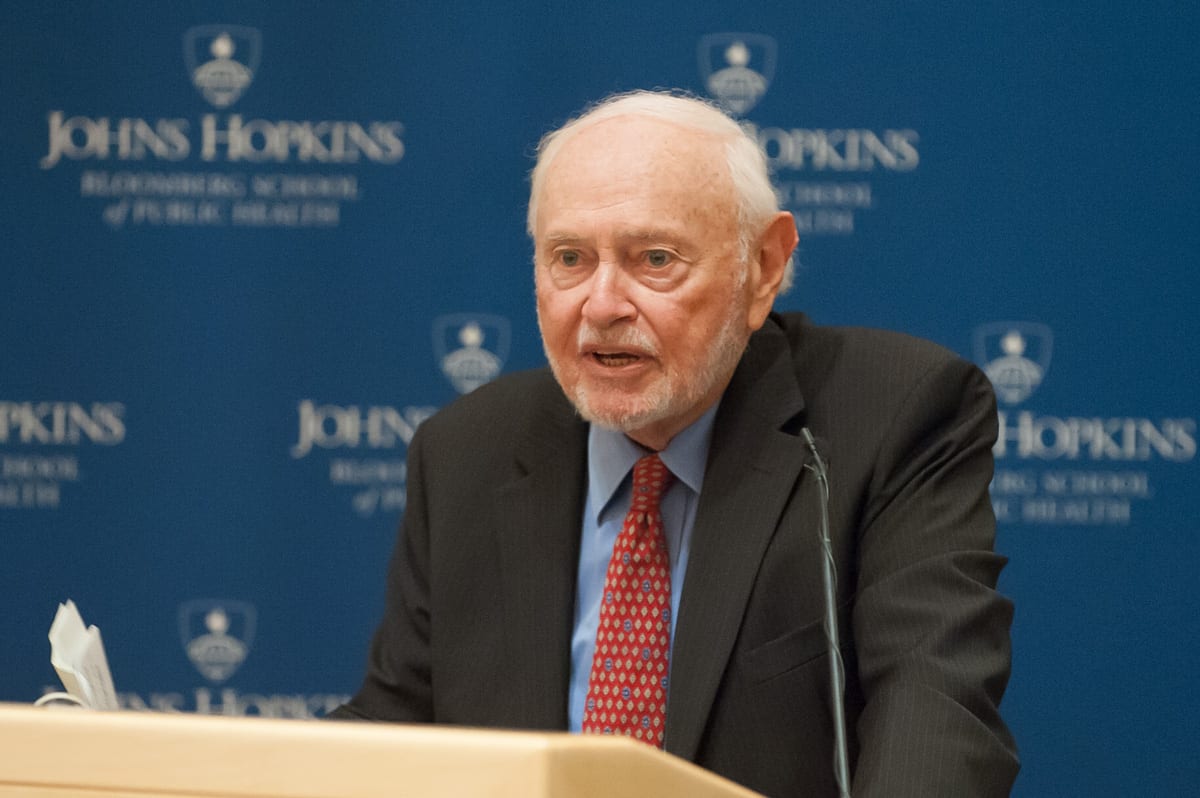 Sidney Lerner, a New York advertising executive who developed the campaign “Please don’t squeeze the Charmin” (Charmin is a US toilet paper brand known for its softness), recently passed away at the age of 90 on January 12, 2021. WellBeing International would like to convey its condolences to his wife Helaine, his sister Ethel Gardner, and other surviving nieces and nephews.

I first met Sid and Helaine about 25 years ago when I was an advisor to the noted animal advocate and campaigner, Henry Spira. The Lerners were helping Henry in his very successful one-person campaigns on laboratory and farm animal issues. One of those campaigns against animal testing of cosmetics had led to the establishment of the Center for Alternatives to Animal Testing (CAAT) at Johns Hopkins in 1981 and Henry was keen to introduce Sid and Helaine to his contacts at Hopkins. Henry had then started looking at farm animal issues and, wisely, considered the way animals were raised for food a public health issue. Guided by Henry, Sid and Helaine helped to establish the Center for a Livable Future (CLF) at the Johns Hopkins School of Public Health and Hygiene – formally launched in 1996.

The CLF also provided an outlet for Sid’s genius (he was an advertising executive) in developing memorable phrases and public health campaigns. In conversations with CLF director Dr. Robert Lawrence and others, Sid developed the idea of a campaign that would encourage people to refrain from eating meat on one day a week – and so was born the Meatless Monday campaign – officially launched in 2003. The goal of the Meatless Monday campaign was to improve not only their own health but also the health of the planet by reducing the environmental burden associated with meat production. Al Sommer, at the time the Dean of the Johns Hopkins School of Public Health and Hygiene, strongly endorsed the concept. Initially, the campaign was conceived primarily as a public health and environmental initiative but, over the course of the next few years, it was picked up by animal protection organizations as well.

In 2020, the New York City School System (the largest in the USA), adopted a Meatless Monday policy, the latest of many schools, universities and institutions to join the trend to go meatless on Mondays. And a 2019 poll found that 42% of all Americans were aware of the Meatless Monday initiative and 31% said they were cutting back on their meat consumption. Internationally, the campaign has had to be adapted for communities where meat may be an occasional luxury item. For example, in South Africa, there is now a Green Monday campaign promoting the consumption of vegetables on at least one day a week.

Over time, the Meatless Monday campaign expanded to other public health issues such as encouraging people to give up smoking and to move more. As Sid commented, Monday is “the day all health breaks loose!”  We know that Sid’s close family and the staff at the Monday Campaigns will miss him greatly, and so will the rest of us who knew him. Sid was not just a “real mensch” who grasped what is the right thing to do, he also brought his principles into life and encouraged people to act on them. We will all miss him greatly!