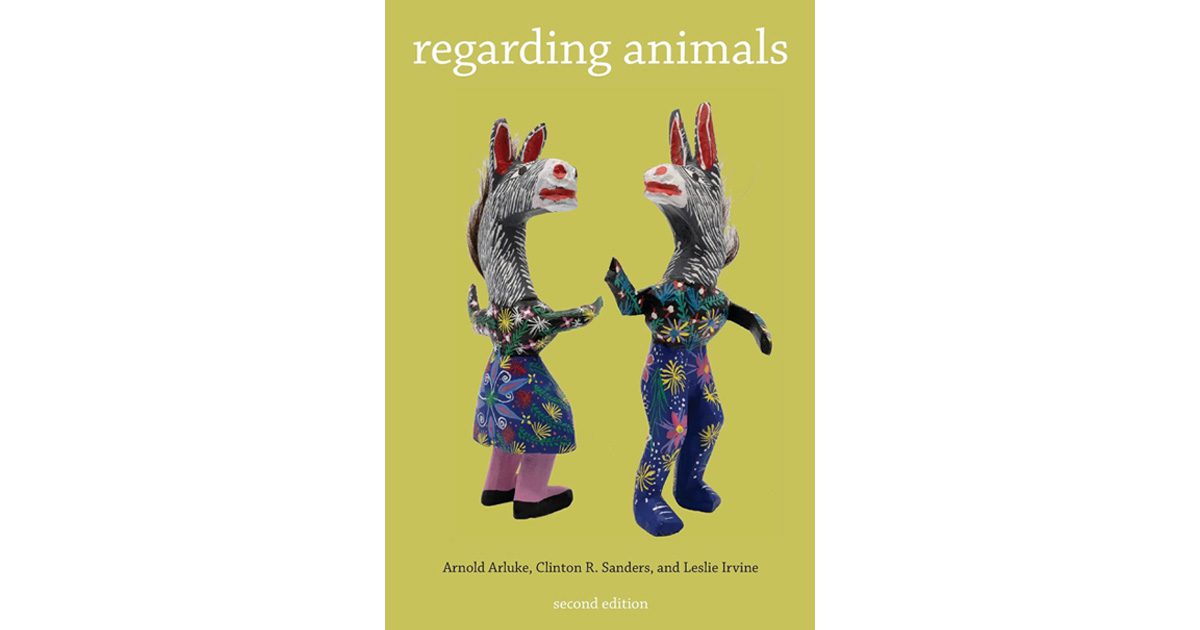 The first edition of Regarding Animals, authored by Arluke and Sanders, was published in 1996 and received the 1997 Charles Horton Cooley Award from the Society for the Study of Symbolic Interaction for its important contribution to the perspective of symbolic interaction. When the book appeared, serious studies of human-animal interactions were still relatively rare. In the 2002 words of one of the authors of this second edition, “the body of sociological research [addressing human-animal interactions] could hardly be called a flood.”  Nonetheless, by the early 21st century, enough sociologists were studying the roles of animals in human society for the American Sociological Association to recognize a new section on Animals and Society. A few years later, the British Sociological Association recognized the Animal/Human Studies Group. The Sociological Forum commented in its 1996 review that Regarding Animals fills the role of a “modern” classic in the field. Hence, the new edition, now with an additional author, Professor Leslie Irvine of the Department of Sociology at Colorado State University, provides a very welcome update.

The first edition of Regarding Animals included chapters on how animals might be considered in sociological studies and the role of animals and animal symbols in symbolic interactions. The book addresses several questions, including:

The second edition has several new chapters covering the relationships between homeless people and their pets, how adolescents who engage in or witness animal abuse understand their acts, and how veterinary technicians experience satisfaction and contamination in their work. A final new chapter covers animal representations in mass media, including an analysis of the popularity of internet cat videos and media reactions to the shooting of Cecil, the lion.

Arluke, Sanders, and Irvine reveal how humans can shower animals with affection while abusing or killing other animals of the same species. The authors describe, gently analyze, and explain the inconsistency of human behavior towards animals. The structural anthropologist Claude Levi-Strauss of the College de France once noted that animals “were good to think with.”  The volume by Arluke, Sanders, and Irvine provides numerous examples of how a deeper understanding of how humans perceive and interact with animals provides insights into the human need for classification and the pervasive use of animal symbols in society.

Indeed, Regarding Animals is a modern classic. The authors’ participation in the many arenas they describe and discuss gives the book an immediacy and depth that opinion surveys of human attitudes to animals lack. The authors provide deep insights into how humans “construct” animals and, by extrapolation, how humans construct themselves as “not animals.”