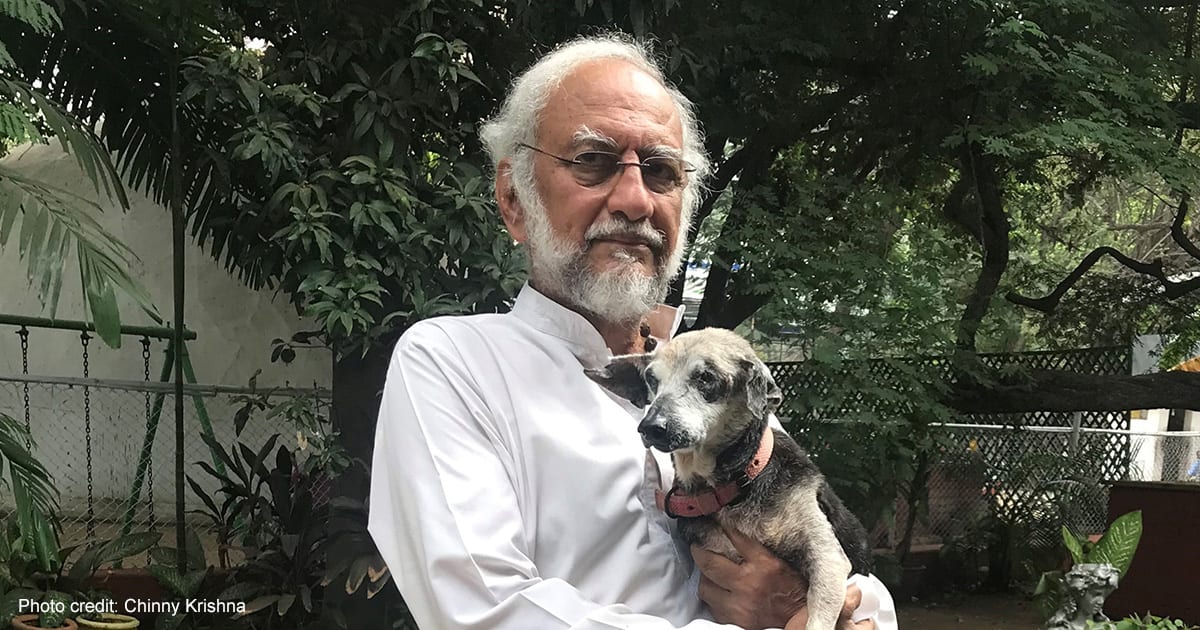 In 1959, Chinny Krishna, then almost fifteen years old, was one of the four founders of the Animal Aid Association in Madras, India (now Chennai). Two of the three other founders were his parents. In 1964, the Animal Aid Association morphed into the Blue Cross of India (BCI).  After 61 years of animal advocacy, Dr S Chinny Krishna received a thoroughly deserved Prani Mitra Lifetime Achievement Award from the Animal Welfare Board of India.

While his father was the organization’s spokesperson, Chinny remembers his mother going out to rescue animals and taking care of injured creatures brought back to their house. In 1965, out of a concern for the welfare of the countless homeless dogs and their poor health, Dr. Krishna became the architect of animal birth control. This is the first record of anybody suggesting sterilization as a way to manage dogs humanely. Sterilization projects in India are now commonly known by the initials, ABC, and Dr. Krishna has suggested that the terminology is very appropriate because “managing dogs is as simple as ABC”.  Dr. Krishna has been a member of the Blue Cross of India’s Board since 1964 and served as the Chair from 2001 to 2010. He is currently still closely involved with the organization as Chairman Emeritus. 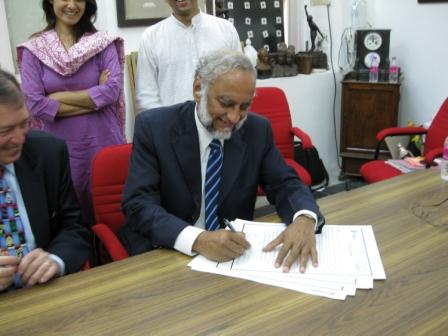 This century, Chinny Krishna has been actively involved in most of the major legislative and other campaigns on behalf of animals in India from the Animal Birth Control (Dogs) Rules passed in 2001, to campaigns against the use of animals in classrooms, to the recent campaigns against the Gadhimai festival in Nepal and the Jallikattu festival in Tamil Nadu.  He also served as Vice-Chairman of the Animal Welfare Board of India from 2000 to 2016 and is a founding Board Member of the Federation of Indian Animal Protection Organizations (from 2007 to the present). Internationally, he was a member of the Board of the World Society for the Protection of Animals (now World Animal Protection) from 2004 to 2016.

When the jurors (selected by the Animal Welfare Board of India) considered nominations for the Prani Mitra (literally “Friends of Animals”) Award, it was no surprise that Chinny Krishna’s name came up. The jurors decided that he should receive a special “Lifetime Animal Service” Prani Mitra Award and their proposal was approved by the Indian government. This is the first time since 2003 that Prani Mitra awards, specifically for animal protection, have been given out.  Chinny’s father received the award in 1998 (collected posthumously by his mother – who probably should have been similarly honored). Chinny and his father are the first father-son duo to receive the Prani Mitra Award.

WellBeing International is very privileged to have Dr. Krishna as a member of its Board.