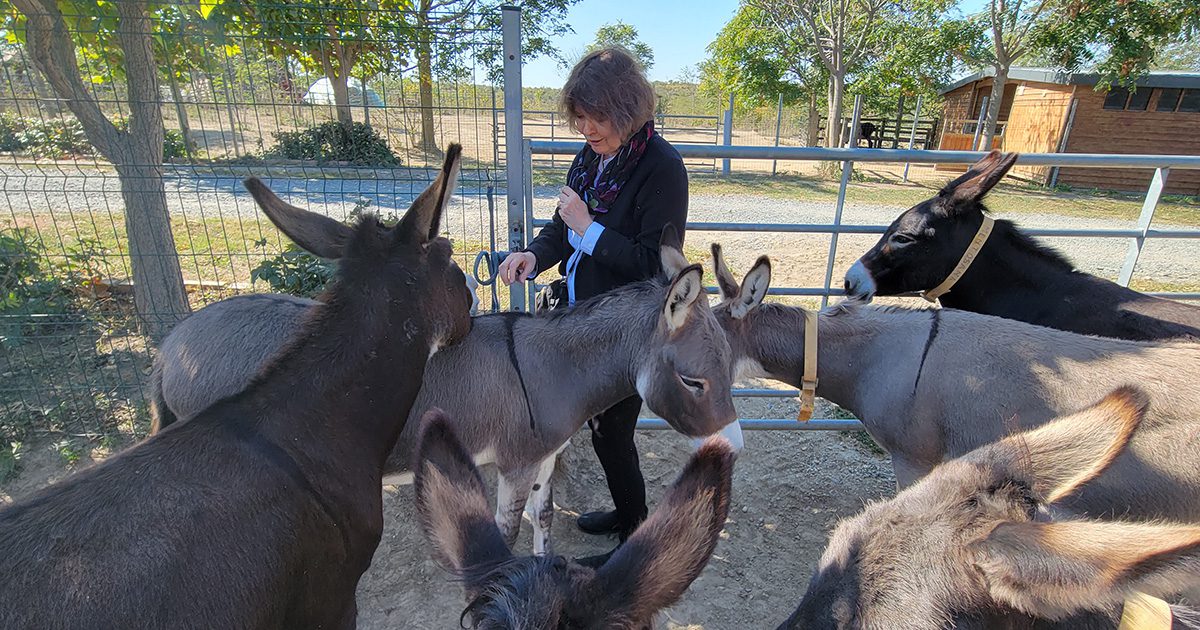 Save the Dogs and Other Animals is a registered nonprofit in Romania, Italy, and the U.S.  While its administrative headquarters is in Milan, its programs are implemented in Romania and Italy. Save the Dogs is a partner in the Ukraine Rescue, Relief & Rebuild (U3R) Consortium.

Sara Turetta, the Italian founder of Save the Dogs and Other Animals, began this particular journey in 2001 when she received an appeal from an Italian family living in Cernovoda, Romania who were horrified by the canine street dog corpses poisoned by the municipality littering the streets. Sara persuaded the city to stop the poisoning and then launched a project funded by international donors to sterilize approximately 2,000 stray dogs in the municipality. Concerned about the project’s progress, Sara moved to Cernavoda in October 2002 and took over the management.

In 2008, a 6-hectare (13-acre) property in the hills outside Cernavoda was purchased. In partnership with The Donkey Sanctuary, the first donkey refuge in Romania and Eastern Europe was opened. In 2012, a model shelter for dogs and cats was opened on the site, followed by a new veterinary clinic in 2017. Save the Dogs and Other Animals is now Romania’s pre-eminent animal shelter and veterinary clinic. With the support of generous Italian donors, Save the Dogs is also conducting projects in Italy. The “Too Many Puppies” campaign in Naples is an example. 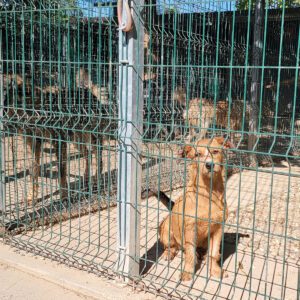 During a recent trip to Eastern Europe, I had the opportunity to visit Save the Dogs and Other Animals in Cernavodo, Romania. Gregg Tully, the Country Director, provided an extensive tour of the facilities at its Footprints of Joy location, including the new hospital, the model dog and “cattery” housing facilities, and the donkey and horse sanctuaries for abandoned and abused equines. The Cernavoda facility typically cares for around 150 dogs, 50 cats, 60 donkeys, and 20 horses, all rescued from suffering.

Arriving at the location, one is struck by the compound’s size (13 acres/6 hectares), the many trees, and the peaceful ambiance. As is typical for well-run facilities, everything was neat and clean. The state-of-the-art veterinary facility had five wings, including medical, operating, and recovery rooms and short-term stay suites. The cat suites, which included indoor and outdoor access, have perches and cubbies for the residents. Dog suites also included indoor and outdoor access and personal space.

There is also an enrichment program for the residents of the spacious dog runs. It was a pleasure to greet the happy residents, although the dogs rescued from Ukraine did not solicit attention like the local rescues. The Ukraine dogs were fearful and stayed at the back of their enclosures, whereas the local dogs crowded up to the fence, seeking attention from the human visitors. 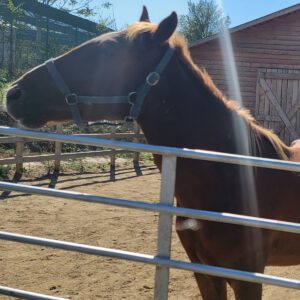 The “Cat House” or Cattery is located away from the dogs in a quiet area near the stables. The Cattery houses a maximum of 18 cats and is equipped with all the amenities a self-respecting cat might desire. The three horse stables could house 10-15 horses at a time. Even though the horses had all endured abuse, they had gleaming coats and behaved like ladies and gentlemen throughout the visit. However, the stars of the stables, in my opinion, were the donkeys. The moment I entered the paddock, approximately 10 to 12 donkeys came over for a ‘meet and greet.’ Each one demanded more than their equal share of attention. I am now intimately acquainted with Aska, Aberon, Asalil, and Ashild. It is not hard to understand why donkeys evoke so much support from animal protection advocates. The Donkey Sanctuary, a British organization, provides the funds that support the donkeys.

A facility such as Cernavoda does not become a great shelter and sanctuary because of its buildings. The dedicated staff is essential to any shelter’s success. Adriana Susma, the General Manager, is responsible for making everything work, including the added responsibilities for the Ukraine effort, which she does without breaking stride. Each medical, logistics, animal care, and community engagement staff member is focused on the animals’ welfare and each other’s welfare, as evidenced during an outdoor luncheon.

In February 2022, the organization’s expansion plans in Romania and Italy had to be refocused when Russia invaded Ukraine. Refugees began streaming into neighboring Poland, Slovakia, Hungary, Moldova, and Romania. Although Cernavoda is 137 kilometers from Isaccea, a town on the border between Ukraine and Romania, Save the Dogs set up a reception tent in Isaccea where they could assist Ukrainian refugees who crossed into Romania with their animals.

That immediate relief and assistance program has now mostly given way to food distribution for the thousands of dogs, cats, and other animals left in Ukraine. Save the Dogs and Other Animals in Romania has distributed an estimated 260 tons of pet food into southern Ukraine, where members of the military and good Samaritan civilians who remain are helping to feed roaming stray dogs and cats. Supporting this food distribution program has added considerably to the effort required of the Cernovoda staff, but they have risen to the challenge.