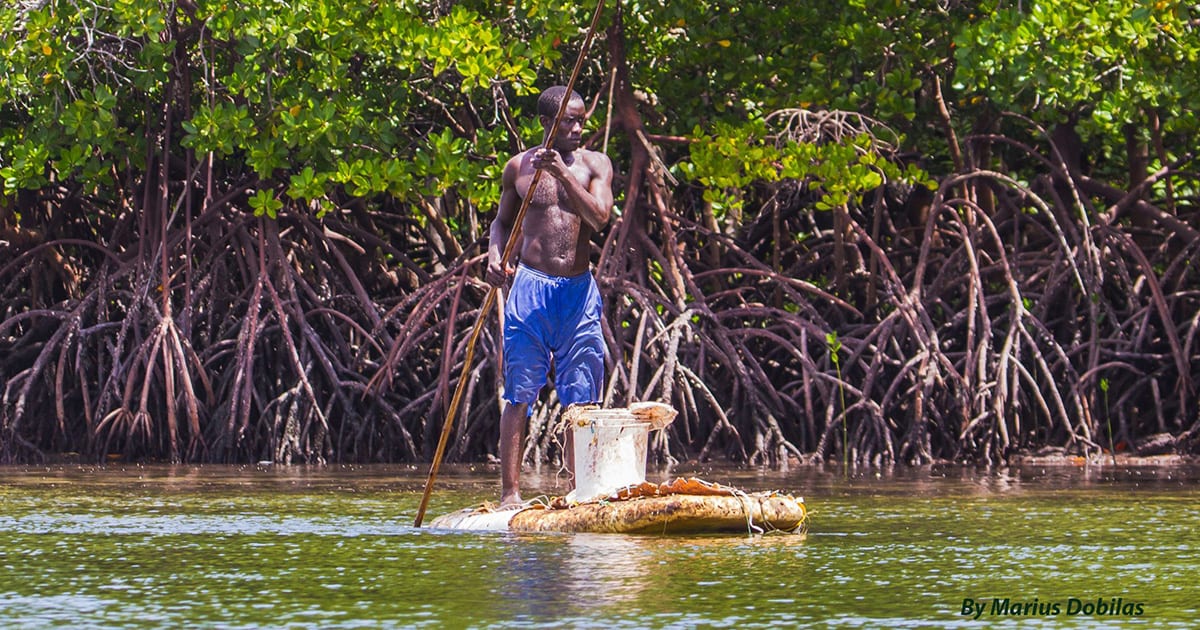 The Northern Rangelands Trust (NRT) featured in the article on conservation management in this newsletter includes several member conservancies in Lamu County on Kenya’s coast who joined the NRT in 2013. 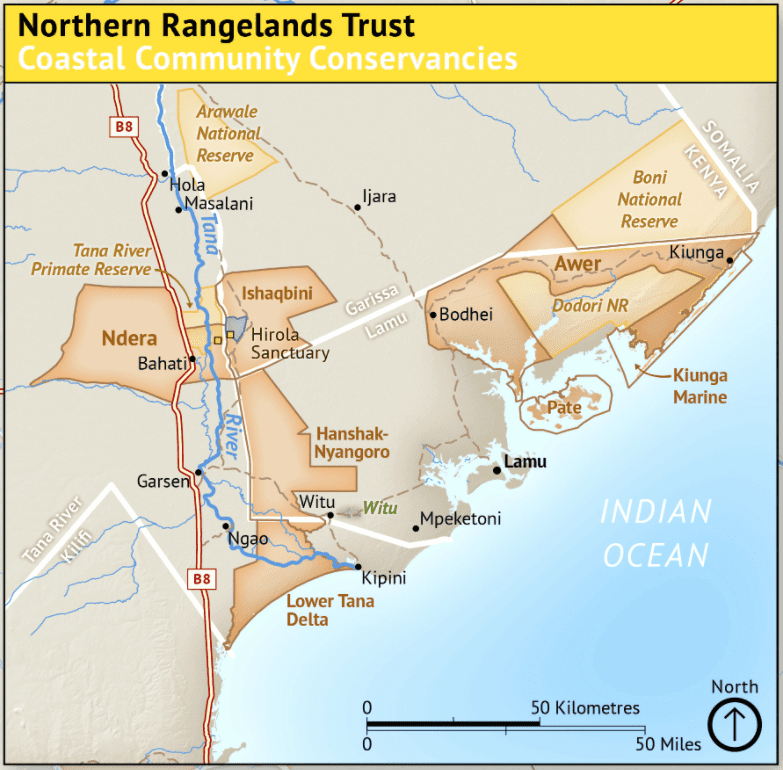 The three eastern-most conservancies (Awer, Kiunga and Pate) have a combined area of 215,000 hectares (531,277 acres) and are home for 22,000 people, many of whom derive their livelihoods from the sea. However, those livelihoods are being threatened by the loss of coastal mangrove forest. A variety of educational efforts, coupled with increased access to online information, has increased the understanding of these local communities about the importance of coastal mangrove forests over the last decade.

Coastal mangrove forests constitute only a small percentage (around 0.4%) of Kenya’s forest cover, but they have an outsize environmental impact. Mangrove forests sequester large amounts of carbon and provide important habitat for a wide variety of bird and marine species. Healthy coastal fisheries, for example, are very reliant on mangrove swamps because the young of many fish species grow and thrive in these swamps. In addition, coastal mangroves are important bulwarks against ocean storms and prevent coastal erosion and flooding.

The threats to Kenya’s mangrove forests result mainly from human activity. Mangrove trees provide cheap, strong and durable wood for construction. In addition, mangrove wood produces high quality charcoal. As local human populations have exploded, (Lamu County’s population more than tripled since 1980 to 145,000 today), threats to mangrove forests have increased. Approximately 40% of the mangrove forest has been degraded. But, beginning around ten years ago, mangrove reforestation projects have sprung up along the Kenyan coast and the three NRT conservancies are now a major part of such efforts.

For example, volunteers, often led by local women, are reversing the trend. They have restored 10,000 hectares of mangrove forests with the goal of reaching 35,000 hectares within five years. Nuzla Misbahu, a young mother of three, chairs a group of over 80 women on Pate Island who are involved in this effort. She notes that “It is voluntary work … [but] … our husbands rely on the mangroves and fishing to sustain us.”  The new mangrove plantings also result in “blue carbon” credits that provide hard cash to support community projects and microfinance local projects. To date, $57,000 dollars in interest-free loans has been disbursed to 180 local women, 68 of whom have already repaid the loans in full.

The local volunteers also receive advice and support from the government (the Kenyan Forest Service) and NGOs, including the NRT. It turns out that planting mangroves is not a simple task. Typically, only a small percentage of mangrove seedlings (or propagules) survive when removed from the parent tree and replanted. But new approaches are improving survival considerably leading to optimism about the success of the new mangrove forests. Mangrove logging was banned for several years but it is now being allowed under a strict permitting system. The logging restrictions also rely on monitoring by the local volunteers who have a direct interest in making sure the mangrove forests are not degraded in the future.

Mangrove restoration projects provide an excellent example of nature conservation that benefits the local communities, the animals that use and live in mangrove swamps and the environment.