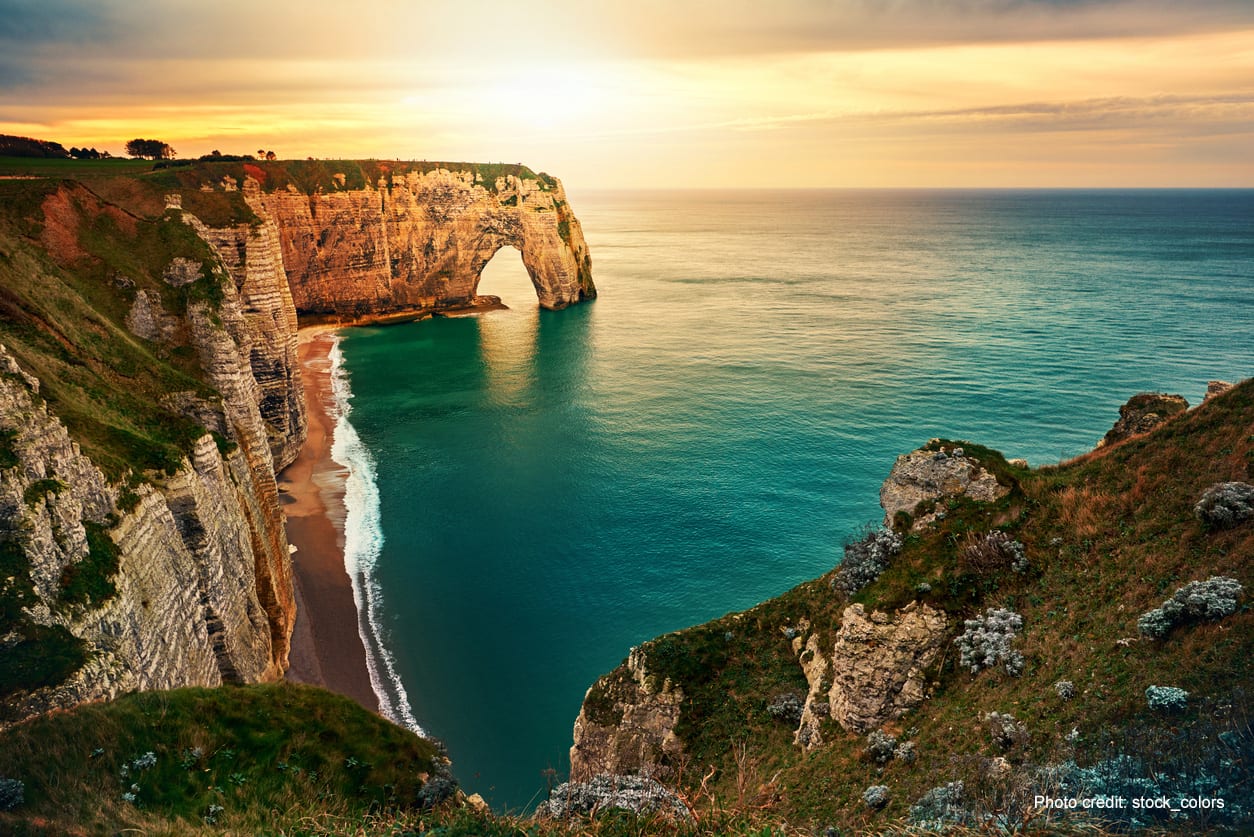 This past month, the United Nations Environment Program (UNEP) issued a 168-page publication entitled Making Peace with Nature. The UN Secretary-General, Antonio Guterres, comments in a Foreword that “Humanity is waging war on nature” and “Making peace with nature is the defining task of the coming decades.”

As the report makes clear, “making peace with nature” to produce a healthy world for people, animals and the environment is an enormously complex challenge. But it is one with which we have to engage, and we must be successful if future generations are going to have a healthy world.  But Making Peace with Nature will be an ambitious task given the current human trajectory.  For example, in October 2018, a group of authors from Australia, Canada and the USA, published an article in Nature that opened with the following claim.

“A century ago, only 15% of Earth’s surface was used to grow crops and raise livestock. Today, more than 77% of land (excluding Antarctica) and 87% of the ocean has been modified by the direct effects of human activities.”

They provided a map of the world that identified the existing wilderness areas as of 2018 as indicated in the image below. 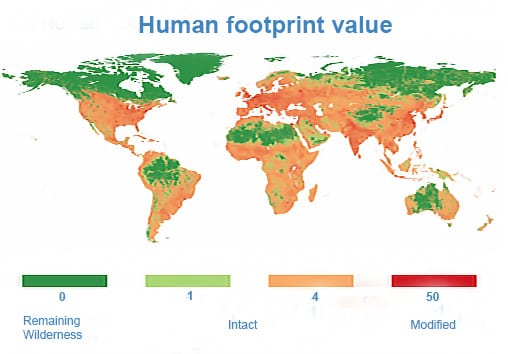 From: Making Peace with Nature, UNEP, 2021, pg73. Showing the intactness of terrestrial ecosystems by scoring them according to the human footprint value (the larger the value, the less intact the wilderness).

The main wilderness areas included the boreal forests bordering the Arctic in Canada and Russia, the Sahara, Gobi, Arabian, Namibian, Chilean and Australian deserts, the Amazon watershed in South America and the Okavango Delta and surrounds in Botswana. In other words, there is now very little productive land left for wild animals.

Eight specific areas are identified where transformative change is required. The first area involves moving towards a paradigm that emphasizes positive relationships with people and nature over material consumption that reconfigure what is meant by a good life. The second proposes “reducing per capita consumption and production in some parts of the world and human population growth in others.” The third through sixth areas address the need to evoke latent values of human responsibility, addressing social inequalities, promoting justice and inclusion and addressing externalities that undermine positive progress. The seventh area proposes a transformation in technological and social innovation to produce net positive impacts on people and nature by, for example, transitioning to a circular economy and the elimination of waste. The final area addresses education and knowledge sharing especially regarding sustainable solutions.

Three “levers” are identified to promote and implement transformative change. The first involves fixing the “carrots” (i.e. incentives, both implicit and explicit) that shift people from harmful production-enhancing behaviors towards those that improve well-being (for example, supporting better mental health) and environmental outcomes. The second points to better management to enhance pre-emptive and inclusive options that promote resilience and transformation as required. The third looks to strengthening the “sticks” – namely appropriate environmental laws and policies and rooting out corruption.

While the UNEP report is to be welcomed as evidence that global entities are finally beginning to take action to avert a looming global catastrophe, the recommendation that we need to move away from increasing consumption to emphasize other facets of human well-being is going to be a major challenge. The report (p.17 – “Everyone has a part to play..”) mentions the importance of individual choices in producing the behavior changes that would transform the world into a more sustainable state but does not emphasize the significant impact that animal agriculture and the consumption of animal products is having on deforestation and biodiversity loss. According to a recent report by Our World in Data, the world has lost one third of its forests in the past 10,000 years but half of that loss occurred since 1900.

The world also lost half its wild grasslands to domestic animal grazing over the same period. The biggest increases in humanity’s footprint is driven by what we eat and we will all need to refocus our diets to support the transformation called for in Making Peace with Nature!