Posted at 15:06h By Kathleen Rowan

In 2012, the cosmetics company Lush – self-described as a campaigning manufacturer and retailer of fresh handmade cosmetics with shops in 49 countries, started the Lush Prize project. The program bestows awards on scientists and animal advocates for advancing the science and also the cause of alternatives to the use of animals in chemical safety testing.  Lush aims to bring forward the date when no further product safety testing on animals would be required.  Most of the awards come with substantial cash prizes from an annual pool of £250,000 allocated for the project by Lush. Between 2012 and 2018, Lush handed out £2.19 million to 110 winners from 18 countries.  In 2020, the prize called for submissions from scientists focused on computational toxicology and the molecular pathways of toxicology. There are many prizes for alternatives research but the Lush prize is by far the largest and has already had significant impact. 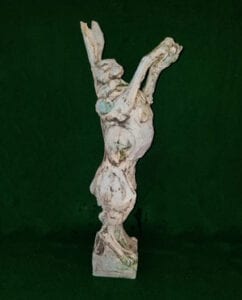 Recently (2017), Lush added a non-financial life-time achievement award named in honor of Andrew Tyler.  Tyler was one of the original judges for the Lush prizes, serving for the first three rounds of awards. He had a background in journalism (originally with a focus on music) and used his journalism skills on behalf of animals. He received a number of awards for his writing and reporting from a range of animal advocacy groups including the League Against Cruel Sports, Compassion in World Farming and the Vegetarian Society. In 1995, he joined the Board of Animal Aid and served in this capacity for the next 22 years until his death in April 2017. At the Lush ceremony in 2017, his wife accepted the first Andrew Tyler Life-time Achievement Award memorializing his long and inspirational service on behalf of animals. 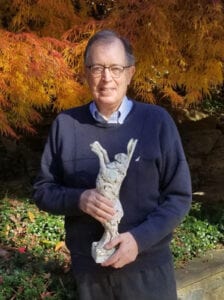 This year, the 2020 Andrew Tyler Award was given to WellBeing International’s board chair and cofounder, Andrew Rowan.

Dr. Rowan started working on the alternatives issue early in 1976.  After completing a DPhil in biochemistry at Oxford, he joined the Fund for the Replacement of Animals in Medical Experiments (FRAME, UK) as their Scientific Administrator. He has actively promoted the development and use of alternatives for the past 43 years. In 1977, he launched Alternatives To Laboratory Animals (ATLA), the first academic journal covering the topic. A year later, in 1978, he organized a symposium on animals and cells in safety testing held at the Royal Society in London. This symposium led to the establishment of the FRAME Toxicity Committee to address the issue of animal testing and alternatives. Dr. Rowan relocated to the US in 1978 where he served as an animal research expert for the Humane Society of the US. In 1980, he became the scientific advisor to Henry Spira and his campaigns to abolish the Draize test (a test determining irritancy in rabbit eyes) and LD50 test (a test determining the lethal dose of a chemical). The Draize campaign led to the first corporate funding for the development of alternatives at Rockefeller and Johns Hopkins Universities. The Rockefeller project led to the cell culture Neutral Red test that is still widely used. Johns Hopkins established the Center for Alternatives to Animal Testing (CAAT) with support from cosmetic companies (resulting from the Draize campaign). Dr. Rowan was asked to serve on CAAT’s Advisory Board in 1981. After thirty-nine years, he is still on the Board and is serving as the Chair.

In 1989, while a professor at Tufts University, Dr. Rowan received a three-year Environmental Protection Agency (EPA) grant to investigate the development and implementation of alternatives at the EPA and at other Federal agencies.  The project, involving workshops with various NGOs, corporations and regulatory scientists, led to language being included in the 1993 National Institutes of Health (NIH) Reauthorization Act that directed the National Institute of Environmental Health Sciences (NIEHS) to establish criteria for the validation and regulatory acceptance of alternative test methods.  This language ultimately led to legislation establishing the Interagency Coordinating Committee for the Validation of Alternative Methods (ICCVAM) which is celebrating its 20th anniversary this year.  [The current Acting Director of ICCVAM, Dr Nicole Kleinstreuer, was the recipient of a Lush Young Scientist award in 2016.]  In 2002, Dr. Rowan established the Alternatives Congress Trust (ACT), a US NGO, which has supported all the World Congresses on Alternatives to Animal Testing held since 2002. In 2007, the National Academy of Science published a ground-breaking report, Toxicology in the 21st Century (Tox21c) which predicted that human safety would eventually rely on non-animal testing. As a result, Dr. Rowan and his colleagues launched the Human Toxicology Project to advance the vision of Tox21c and non-animal safety testing.