One of my special projects is catching uncatchable dogs! These are dogs that have been lost after a car accident, on a mountain hike, or as a new adoptee that did not know the adopter intended to provide them a forever home. After such dogs have gone astray, some may succumb to “lost dog syndrome.” In this state, they will run away from even their owners, and they have to be helped to decide it is time to rejoin society. Lost Dog Syndrome (LDS), a term I developed over 20 years and 150 or more individual lost dog rescues in several states and several countries, is not recognized or generally accepted. 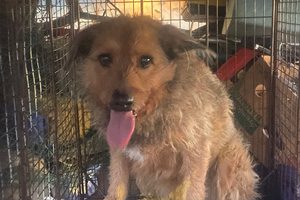 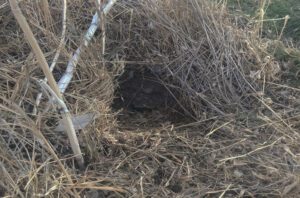 For some dogs, the LDS period lasts only a few days or a week (or two) until the dog relaxes and decides that it does want to rejoin its family. However, many lost dogs remain untrustful for weeks or several months. Putz, weighing around 45 pounds and my most recent rescue subject, remained in LDS for almost two years.

I typically do not attempt to catch a dog in LDS until s/he has become anchored to a specific site. I first obtain trail camera confirmation that it is the target dog, and s/he is coming to a bait station. Then, after capture, we enter the re-socialization period, with some dogs changing their personality back to companion animal mode as soon as the live-trap door closes!

Putz had been living feral for at least six months at the current site. Over a few months, animal control tried to catch him without success. I went out and set the live trap and caught him relatively quickly, but a truck driver stopped and released him from the trap because he thought I had bad intentions. It then took me another two weeks, twenty-some hours, and lots of treats and trail cam images to figure out his travel patterns and his fears. I finally tricked him into giving me another opportunity with a new trap and bait. I then held him overnight at my house before taking him to a local shelter in the morning for evaluation. 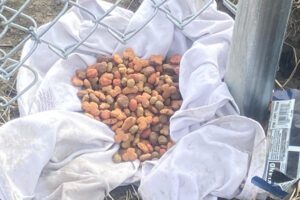 Putz was eight months old and groomed as a working stock dog when placed with a “stock dog” protection service provider. He lived on a ranch until the owner died six years later. At that time, Putz went on his two-year walkabout before settling on an industrial site in a very shallow dugout for the last six months. After catching him the second time, Putz growled at me on my approach and did not cooperate while loading him into my truck. The first night at my home, he drank some water but did not eat any of the kibble, moist food, or cooked meat he was offered.

But just 24 hours later, Putz was hanging around the front desk of the animal shelter accepting treats from shelter employees and nudging them to demand head petting. The shelter staff determined that Putz had already been neutered but had a bad dental situation. He underwent a few tooth extractions and also received all necessary vaccinations. While in his LDS state, Putz was being fed by at least four businesses, three area joggers, and the postal service semi-truck drivers. I found food placed for him by every dumpster and parking lot. Several of those feeders expressed interest in adopting Putz. 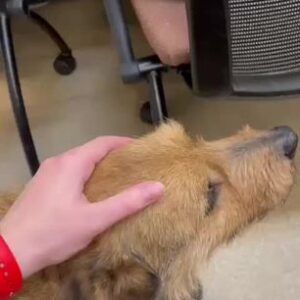 The local Yellowstone Valley Animal Shelter screened all applicants and decided to place Putz with a family who already had a small dog and had some experience working with under-socialized dogs. But it turns out Putz was not under-socialized but just did not know how to re-engage with humans. The family renamed Putz (not a complimentary name) to Puxi so his name change would not be as confusing. They reported that he LOVES the husband and clings to him. He loves going out to play in the snow, but they must leave the door open because Puxi panics if they close the door. He wants assurance he can get back into HIS home!

The “Lessons Learned” over the years capturing lost dogs are:

Remember, these dogs want to return to their former coexistence with humans. They are just too scared and confused to know how to make it happen.

Dave Pauli lives in Billings, Montana, with his wife, Diane, and 30 rescue dogs, cats, chickens, turkeys, and turtles. He is a Montana Master Naturalist and works as the Manager for Wildlife Conflict Resolution for the Humane Society of the United States.