Lions face many challenges in the modern world. We have written about lion breeding and conservation and lion trophy hunting in previous WellBeing News posts. But lions also suffer the consequences of human-wildlife conflict, and many are poisoned or killed by exasperated livestock owners when the lions prey on domestic animals. Recently, in a webinar on the lions of Zimbabwe by Dr. Andrew Loveridge of the Wildlife Conservation Research Unit (Oxford University), a new approach to living with lions and preventing human-lion conflict was described.

Loveridge’s webinar was a fascinating discussion of lion biology in Hwange National Park (pronounced as Huwangi) in Zimbabwe. It turns out that killing the lead male lions in a pride leads to many more lion deaths. When a new male successfully competes to assume leadership of a pride (either by defeating the existing leader or by moving in to replace a leader poisoned by local communities or shot in a trophy hunt), the new lion will kill all the cubs in the pride. Lion biologists explain this behavior based on evolutionary reasoning and the drive to propagate one’s genes.; There would be no genetic benefit for the new pride leader to support cubs who do not carry his genes. While this makes sense from the male lion’s perspective, the WildCRU researchers have observed that when there is a leadership change, the female lions in the pride will sometimes move away with their cubs to try to save them from being killed by the new male. Unfortunately, while keeping their cubs safe, the females expose them to additional dangers, and cub mortality in such circumstances is higher than usual.

Loveridge also addressed the problem of revenge poisoning by local pastoralists when lions kill and eat domestic livestock. Typically, human communities have tried to protect their livestock from lions by keeping them at night in bomas (an enclosure protected by a fence of thorn tree branches). These bomas help but do not prevent the loss of livestock. But Loveridge then described a fascinating innovation that has a much better record in protecting livestock from lion predation – namely, a boma constructed with opaque plastic sheeting – hardly an effective barrier at first glance. However, lions do not challenge such a plastic fence if they cannot see what is on the other side. 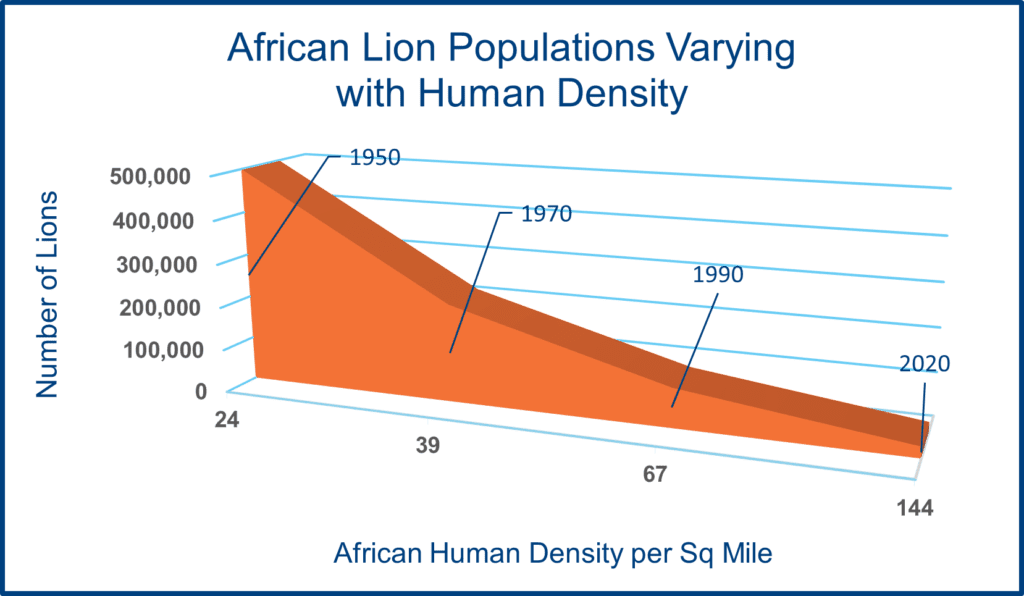 The use of opaque plastic fencing when dealing with African wildlife was pioneered by Jan Oelofse, a game capture professional in South Africa. Dr. Ian Player, the South African conservationist who saved the black rhino from extinction, described Oelofse as a genius and “one of the greatest animal capturers ever.” The original approach to capturing wild antelope involved chasing herds of antelope on horseback and capturing individuals with nooses and nets. But this approach led to many injuries. In 1968, Oelofse tested driving wild antelope into an enclosure bounded by opaque plastic walls. He discovered the antelope would not challenge the flimsy plastic walls. This breakthrough allowed game capture professionals to quickly catch many antelope and then herd them onto trucks for transport with minimal trauma to the animals. Loveridge and his colleagues tried the Oelofse approach on lions with outstanding results. In addition, the land where the cattle were kept in the bomas had much better maize yields because cattle dung fertilized the maize, a win-win from every angle. 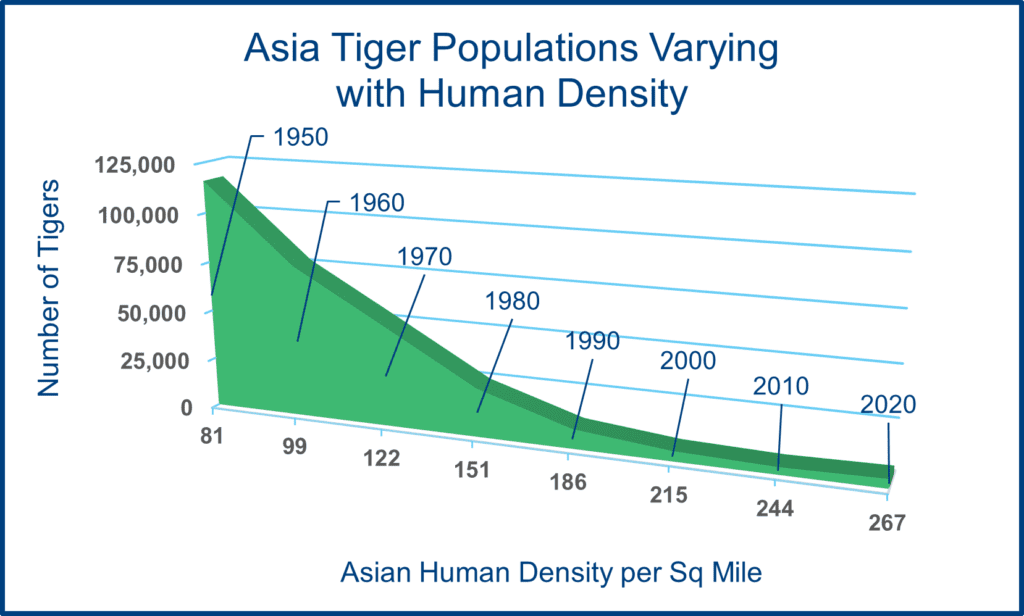 An increasing number of humans and their livestock will pressure lion populations. The graphs show that, as human population density rises, the large carnivore population falls. The human population density in Sub-Saharan Africa is currently around 36 humans per square kilometer (or 92 people per sq. mile). At that density, there would be “room” (according to the graph) for around 100,000 lions. However, some suggest the actual wild lion population in Africa today has already declined to one-tenth that number. The human population in Sub-Saharan Africa is projected to double by 2050 and more than triple by 2100. There will be little room left for wild lions (or elephants, rhinos, and giraffes, for that matter) at that point. Wild populations of charismatic African mega-fauna will only be observable in a few national parks and managed conservancies.

It is essential to provide large carnivores with sufficient habitat to survive and thrive. Furthermore, conservation managers must understand and protect the needs of the humans who are neighbors to these large carnivores. The Lion Guardians appear to provide such an answer for the Maasai in East Africa. Opaque plastic sheeting could be part of the solution elsewhere on the continent. If the findings of additional lion mortality following the killing of a trophy male by hunters are correct, then trophy hunting income (despite its success in Bubye) may not be suitable for establishing areas where lion prides can thrive. But the insights into lion biology and behavior being generated by the sustained research in Hwange will be a crucial resource in solving the puzzle of wild lion conservation in Africa.