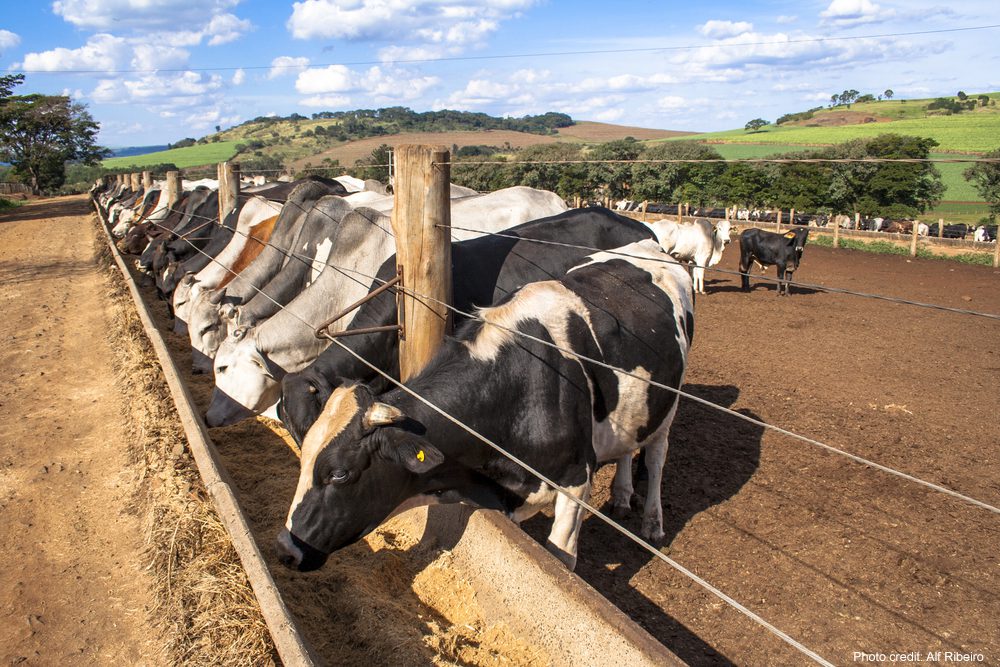 Intensive animal agriculture provides increasing amounts of milk and meat (and fish) for human consumption. However, it also consumes many planetary resources and contributes to climate change. Given current trends, it seems almost impossible that we would change our eating habits to reach a point where we might both feed 10 billion people while also repurposing farmland for vanishing wildlife populations. However, several organizations have begun to question the ever-growing demand for animal products by pointing to the devastation animal agriculture is wreaking on the earth and examining the financial wisdom of continuing investment in the firms raising and supplying animal products for us to eat.

One such organization, Farm Animal Investment Risk and Return (FAIRR), was launched by Jeremy Coller to address animal agriculture’s sustainability and public health risks. According to FAIRR, the risks are considerable, and the organization questions the long-term financial wisdom of investing large sums in such corporations. FAIRR’s website claims that its members have a combined $52 trillion in assets under management (AUM) which is approximately half of the estimated global total of AUM. The FAIRR website has reports on aquaculture working conditions, and new disease (pandemic?) risks that might arise from animal agriculture. In addition, FAIRR provides assessments of the Environmental, Social, and Governance (ESG) risks of the 60 largest meat, fish, and dairy producers in the world,

Another group that has emerged recently in this space is a British NGO, Global Feedback Limited. Their recent report (uncompromisingly titled “Butchering the Planet“) also focuses on financing food production and details who is investing in and lending to the multinational corporations currently responsible for producing most of the meat, dairy, and eggs around the globe.

Oxford University’s Our World in Data (OWID) also has a wealth of information on the impact of agriculture and food production on the global environment. OWID presents several suggestions on how the world could feed 10 billion people and restore wildlands for wild animals. In order to achieve such an outcome, the world would need to reduce food waste (a major project of Global Feedback Limited), change diets to eat lower on the food chain (such changes would also have the benefit of being better for human health) and improve crop yields in countries where crop production is sub-optimal.

Agriculture and food production is (and has been for centuries) the primary threat to wildlife populations and biodiversity. Animal agriculture is particularly demanding. Of the habitable land on the earth, around half (or 51 million Km2) is currently used for agriculture to produce food. But three-quarters (77%) of that land is used to provide pasture for or to raise feed for animals. Those animals provide the meat, eggs, and dairy that humans now eat, but meat and dairy contribute only 18% of total food calories and 37% of total protein. In other words, the production of meat, dairy, and eggs is not efficient. Suppose humans ate lower on the food chain (consuming plant proteins instead of animal protein). In that case, OWID suggests around 75% of arable land could be freed up for wildlife, increased carbon capture and assisting the world in moving towards climate neutrality. This statistic is startling, but it adds urgency to work undertaken by FAIRR and Global Feedback to explore the investment risks and returns of animal agriculture and suggest alternative options for the global food system.

In another recent report, Beyer and colleagues suggest another approach involving the relocation of a small proportion of worldwide crop production to optimal areas within national borders and assuming lower intensity farming systems.  They conclude such initiatives would reduce the negative impact on biodiversity by 87% and the water footprint of crop production by 100%. None of the proposed solutions for a reconstruction of world food production would be easy but nor are the suggestions completely impractical. Leaders of global and national institutions would need to implement innovative policy decisions. Nevertheless, all the proposed solutions have significant positive elements (e.g., better public health, more biodiversity and natural areas, and lower global temperatures) that could be harnessed by politicians to “sell” such innovations to their publics.