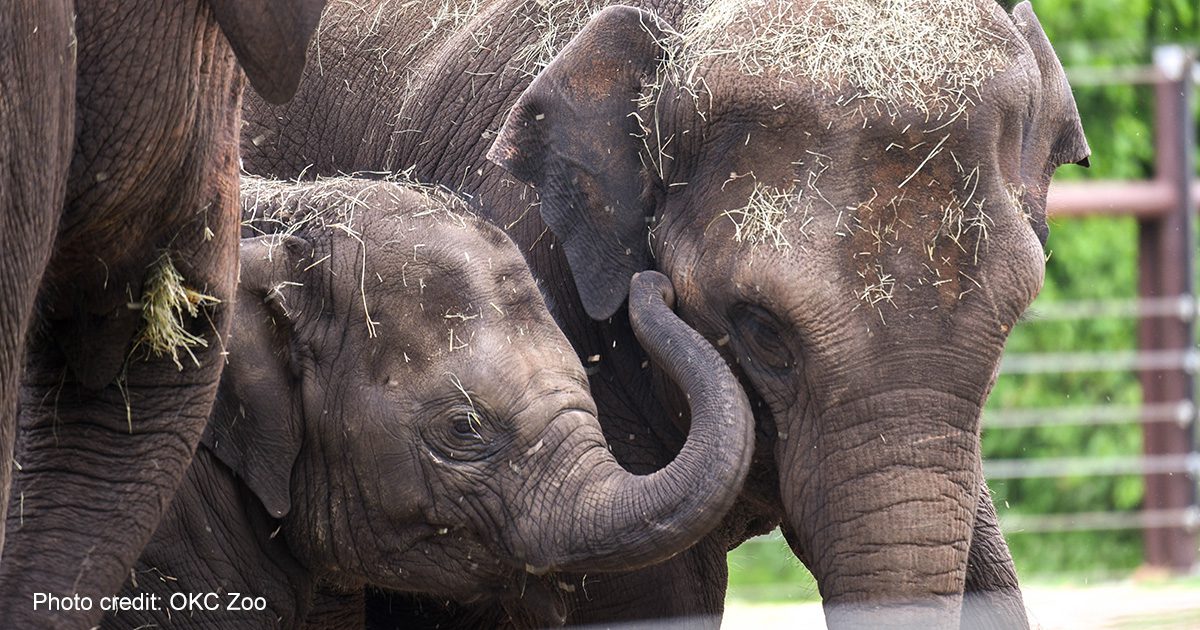 Posted at 15:52h By Andrew Rowan and Kathleen Rowan

There are many threats to the survival of elephants in the world today, with poaching and habitat loss being among the most obvious. Disease is also an important factor, especially for elephants under human care where a recently discovered herpes virus – elephant endotheliotropic herpes virus or EEHV – is particularly problematic. When pathologists initially identified the virus in 1995 at the Smithsonian National Zoo in Washington DC, they suspected the infection was more severe in Asian elephants and not as harmful in African elephants. But there have now been several African elephant deaths caused by the virus. However, those responsible for caring for elephants are developing appropriate therapies for the virus. The stories of mother Asha’s calves Malee (deceased), Achara – 6 years and thriving, and Kairavi – just turned 3 (or Kai – our comeback calf of the title) at the Oklahoma City Zoo (OKC Zoo) illustrate how health professionals are beginning to gain the upper hand on the virus. 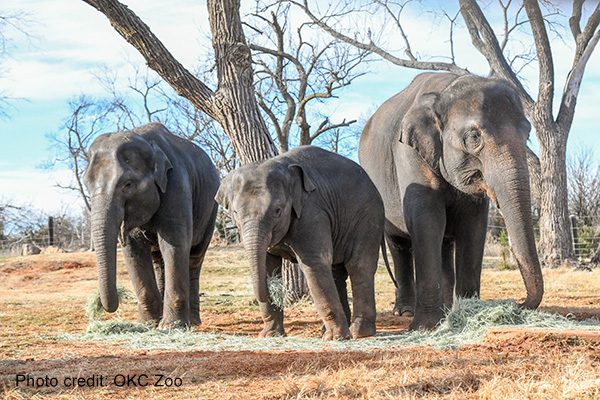 Malee, born on April 15, 2011, was the first baby Asian elephant born at the OKC Zoo. Dr. Jennifer D’Agostino, the lead veterinarian at the OKC Zoo, noted how significant was Malee’s birth, marking the culmination of years of planning and hard work. However, four and a half years later, Malee died suddenly from an EEHV infection. The health team, who were using the clinical laboratory at the National Zoo to run weekly tests for EEHV, had observed a low level of EEHV infection in the weeks before Malee’s death. At the time, this was not viewed as a danger signal. However, Malee’s condition suddenly worsened, and she died very suddenly on October 1, 2015, within twelve hours of showing clinical signs of infection.

Kai is Asha’s third calf – born on October 9, 2018. A few weeks after birth, elephant care staff began Kai’s training. This training involved teaching her to participate voluntarily in essential health care procedures. Kai’s daily routine generally included a daily shower (which consisted of a good hosing down and a process she thoroughly enjoyed), inspecting the bottom of her feet, and lying down to check she was doing well. On some days, she would also be asked to allow caretakers to take her blood pressure, simulate drawing blood, and collect excretions from her trunk. All procedures required the voluntary co-operation of the young elephant and would occur under “protected contact” protocols where caretakers are separated from the elephant by steel bollards. As it turned out, Kai’s familiarity with and willingness to perform these routines proved essential in her medical care.

On July 29, 2021, EEHV was first detected in Kai’s blood. Even though she appeared healthy, the elephant care team sprang into action. Treatment included round-the-clock antiviral treatments, periodic blood transfusions, and many medications and vitamins over the next two weeks. The blood for the transfusions came from other elephants in the herd and elephants at other zoos hoping that the transfusions would provide platelets, clotting factors, and antibodies to EEHV that would help Kai fight the infection. Kai willingly participated in all the treatments except for the blood transfusions, which required that she be sedated. Kai’s early training and familiarity with the routine healthcare procedures proved crucial in getting her through the critical phase of the infection. Once an elephant is infected with EEHV, the virus will always be present (like the cold sore virus in humans), but elephants build immunity to severe infection. On August 12, 2021, the OKC Zoo announced that Kai continues to improve and develop the needed antibodies and has entered the recovery phase.

Dr. D’Agostino stated that it is difficult to determine which treatments were critical in leading to Kai’s recovery. From her perspective, the chief lesson learned is “the quicker the treatments start, the better.”

The improved treatment regime for Kai and her subsequent survival of an EEHV infection is part of a worldwide effort to understand and treat EEHV successfully. It would, for example, be essential to determine if EEHV, which is present in wild elephant populations, is a significant cause of mortality in wild calves.

The Oklahoma City Zoo is home to a seven-member multi-generational group of Asian elephants with individuals ranging from 3 to 55 years. The Zoo anticipates the arrival of their fourth Asian elephant calf to 26-year-old Asha in February 2022.