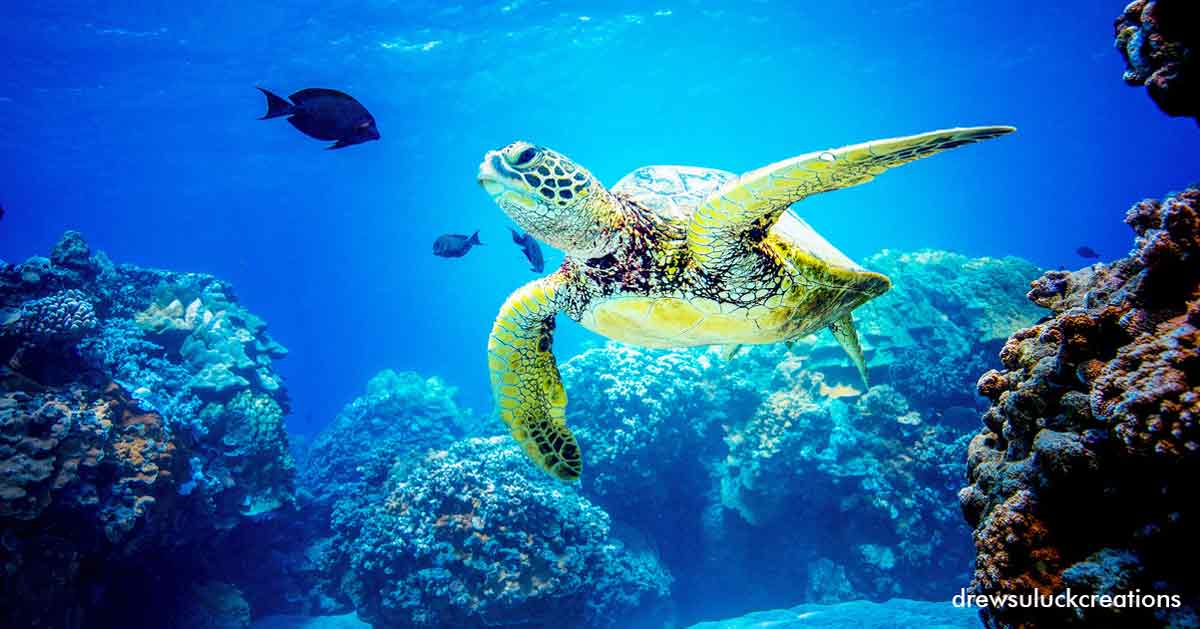 Posted at 06:01h By Andrew Rowan, DPhil and Andrew Rowan
Sea turtles have been shown to have the remarkable ability to find their way across thousands of kilometers of open ocean back to a specific beach where they lay their eggs or to a specific feeding ground. Early in this century, the American scientists Kenneth and Caroline Lohmann put forward the hypothesis that the turtles imprint on the geomagnetic location of a specific site and that imprinting then allows them to find that site repeatedly.
A recent publication in Current Biology reported homing patterns of 33 adult Green sea turtles tagged with a GPS locator. The article reports that, as the turtles navigated from their nesting beaches on the island of Diego Garcia to their foraging grounds thousands of kilometers away, they often traveled well out of the way. The journey from Diego Garcia in the middle of the Indian Ocean to isolated and hard-to-find small islands was almost all across trackless open ocean.
The turtles departed from the island of Diego Garcia on headings that were approximately target oriented but mostly in the open ocean where they would not have been able to see the sea floor. One turtle traveled a total of 4,619 kilometers when the straight-line route to its eventual target was only (!) 2,379 kilometers. Five of eight turtles travelling to small islands arrived at other islands en route. In all cases, the turtles stayed briefly (less than a day) and so did not refuel before proceeding on to their eventual destination.
The authors claim that their “results provide some of the clearest evidence to date of the difficulties sea turtles have in locating small isolated island targets, often travelling several 100 km off the direct routes to their goal and searching for the target in the final stages of migration.”
Print page