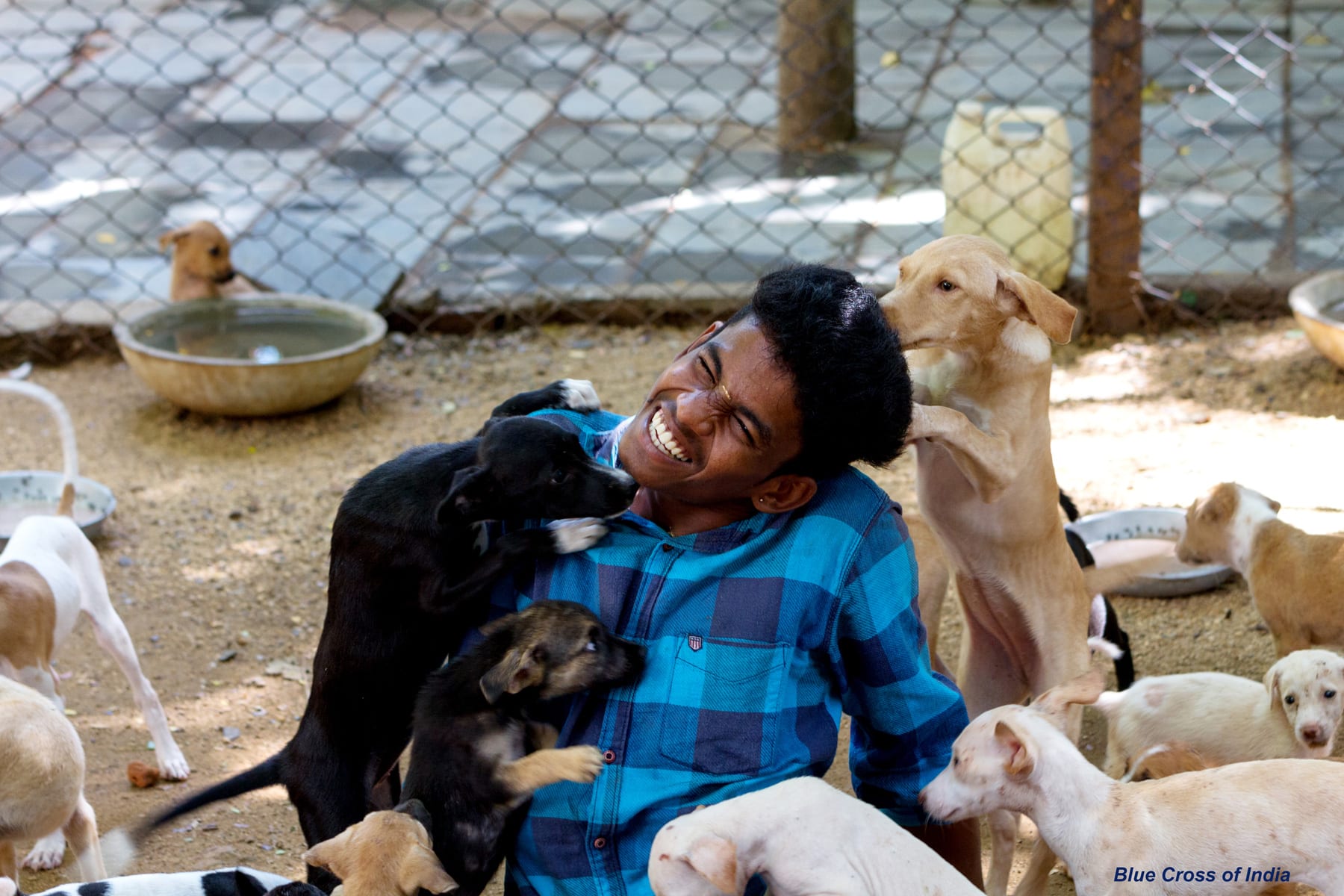 The Blue Cross of India (BCI) is the Consortium Implementing Partner (CIP) for the Global Dog Campaign in Chennai, India. Chennai is the capital city of Tamil Nadu state. The Chennai metropolitan area now encompasses 1,189 square kilometers and has a population of 10.9 million –9,167 residents per Km.

The Blue Cross of India was launched in Madras (now Chennai) in 1959 by Captain V. Sundaram.  In the early 1960s, the BCI learned that Madras was controlling street dog populations through periodic culls.  These culls had had no noticeable impact because the street dog population had grown steadily since the Madras Corporation started killing street dogs in 1860.  Dr. S. Chinny Krishna of the Blue Cross then proposed to the Madras Corporation to manage the street dog population using a catch, sterilize and return approach.  This proposal appears to have been the first time anyone suggested using surgical sterilization for humane dog management, but the Corporation rejected the approach.

In 1964, the Blue Cross of India started to test a humane catch, neuter, and return (CNR) approach to prevent increases in ‘street’ dogs (unowned roaming dogs) and the number of human rabies cases in Chennai. The approach was called the ABC (animal birth control) project to show that controlling street dog numbers were as easy as ABC.  The BCI continued to press the Madras Corporation to stop culling dogs.  Eventually, in 1995, the Blue Cross convinced the municipality to abandon killing and adopt ABC as an alternative strategy in one part of South Madras. Within six months, the results were promising enough to prompt the Corporation to extend the program to the whole of South Madras.  Following this, People for Animals expanded dog sterilization into North Madras. 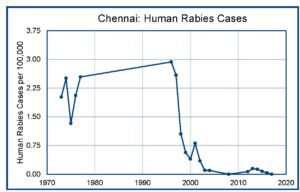 Chennai and Jaipur were the first cities to start sustained ABC projects that combined reproduction control through CNR and rabies vaccination. However, there has been no routine counting of street dogs in Chennai, but data on human rabies cases in the city is available for periods before and after CNR adoption. See chart. Ten years ago, Dr. Krishna produced a report on the significant decline in human rabies cases in Chennai following the launch of the ABC projects (from 120 cases a year in 1995 to zero in 2008). 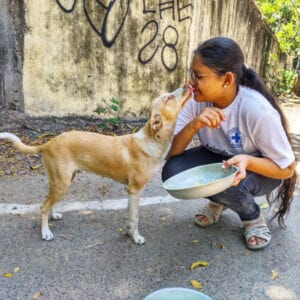 On March 24, 2020, the Indian government ordered a national 21-day lockdown as part of its response to the global Covid-19 pandemic. The lockdown has resulted in significant hardship for the people of India, especially the poor. But it has also adversely affected India’s street dogs, who mostly rely on leftover food from eateries and food put out onto the streets by good Samaritans. However, the Indian government recognized the problem and declared that feeding street animals was an essential service and people and organizations across India stepped up to the challenge.

The Blue Cross of India, under the direction of board member Tyag Krishnamurthy, started ramping up an emergency feeding operation. The operation, named Karuna (mercy in Sanskrit) for Corona, was feeding 3,000 animals daily. BCI had to rely on 100-150 volunteers to deliver the food every day. As lockdown requirements were eased, food demand decreased.  However, when Covid caseloads increased and lockdowns were reinstated, food demand increased.

The Global Dog campaign is working with BCI to fill in gaps in the data on street dogs, pet dogs, and human health in Chennai.  As funds become available, surveys of pet and street dogs will be conducted across the city to determine the size of both pet and street dog populations and other characteristics (e.g., sterilization status).  It is still not clear why the number of human rabies cases dropped so fast. Still, following the experience of Help in Suffering (another WBI flagship partner), it is not improbable that the decline should be attributed to the launch of the ABC program in the city.