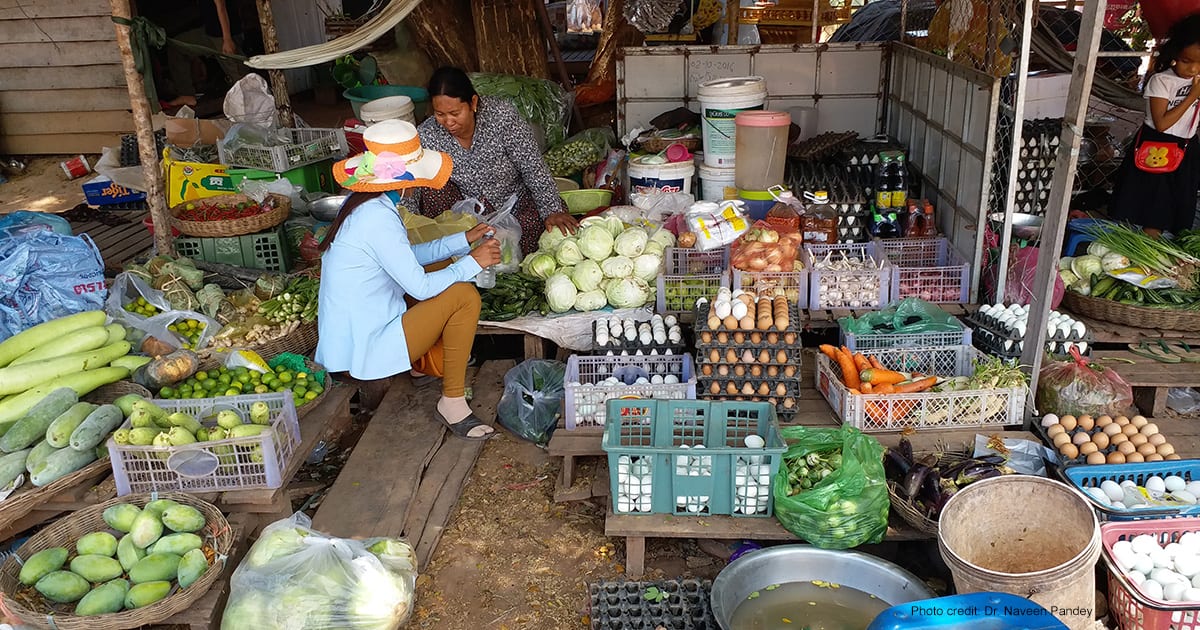 Mar 30, 2021 Forests and Livelihoods in Asia: Sustaining People and Planet

The theme for this year’s UN World Wildlife Day, celebrated every year on the 3rd of March, was ‘Forests and Livelihood: Sustaining People and Planet’. The day is facilitated by the Convention on International Trade in Endangered Species of Wild Fauna and Flora (CITES). 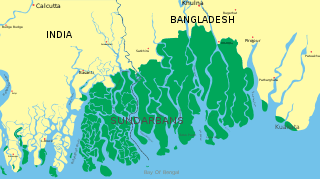 In considering humans in forests and forest livelihood, I was taken back to a meeting of conservationists that took place aboard the M.V. Banbilash, the Bangladesh Forest Department’s wildlife research and monitoring vessel. The boat meandered through the Sundarbans, the world’s largest contiguous mangrove forest at the head of the Bay of Bengal and home to many endangered wildlife species, including being home for around 100 Bengal tigers and to over 9 million people. Over the four days of the meeting, we passed through wonderful landscapes and human lifestyles alien to those of us who were city-bred. What struck me most was the dependence of the local communities on Bangladesh’s mangrove forests (see also the story on mangrove forests in Kenya).

The five core capital assets that form part of the United Nations’ Development Programme’s (UNDP) livelihood framework – physical, natural, financial, human and social capital – could easily be appreciated as we disembarked from the big vessel and shifted to smaller boats for a more intimate experience. We learned that forest products contributed to nearly three-fourths of per capita annual income for low-income households living in the Sundarbans delta in Bangladesh. Fish, crustaceans, shellfish, sea cucumbers, oysters, mussels, honey, condiments, timber, nipa palm and other produce, supposedly of a medicinal nature, continued to be harvested. It was evident that conserving this delta and securing the livelihoods of the millions who inhabit it goes well beyond Bengal tiger numbers – indeed, it is more complex than often anticipated. 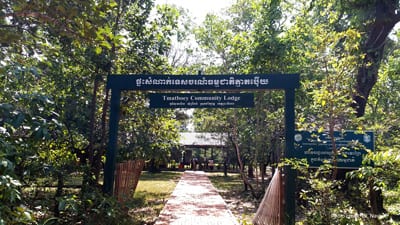 During the evolution from arboreal to more settled life on the ground, humans, forests and forest-dwelling wildlife species shared a symbiotic relationship. Indigenous people and local communities largely depended on the ecosystem services this relationship provided. Currently, a little less than one-third of the world’s land surface is managed by indigenous people. Some of the most ecologically intact forests on the planet are still protected by them, which in turn protects their cultural identities. A University of Illinois study (2009) found that larger forest size and greater rule-making autonomy at the local level resulted in high carbon storage and enhanced livelihood benefits.

Today, more than a billion people worldwide, directly and indirectly, derive their livelihoods from protected areas. Arguably a large proportion of this group battle poverty in many Asian countries. Alongside, as cautioned by the 2020 Living Planet Index (published jointly by WWF and the Zoological Society of London), global populations of 4,392 species of vertebrates have declined by 68% between 1970 and 2020. In the American tropics, the decline was 94%!  Many Asian countries such as Vietnam, Laos, and Malaysia have endured large-scale land-use changes that have gravely diminished the biodiversity of the region. There is also growing (and disturbing) evidence that unsustainable hunting has decimated wild populations in many forests in the tropical rainforests of Southeast Asia.

Some Asian countries have seen successes in their attempts to curb the damage to forests and biodiversity through the community forest model. The Community Forestry Program in Nepal was introduced in the late 1970s and is based on forest-dependent people’s participation. The Master Plan for the Forestry Sector (MSFP, 1988) facilitated the decentralization of the forest management regime, leading to the transfer of nearly one-third of the forest cover to community forestry, which saw the participation of women, the poor and many ethnic groups. A study by the University of York found that once forest user groups (FUGs) were established under a community forest program in Nepal, the forest had sufficient time to regenerate. This led to an increase in the availability of forest product due to better forest health. 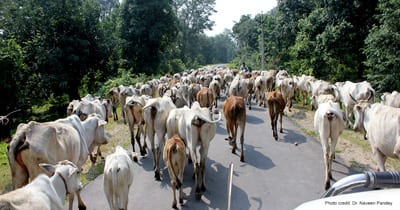 To graze or not to graze: Thousands of livestock graze in the forests of Central India leading to poor regeneration of forests (Photo: Dr Naveen Pandey)

Bhutan has performed better than most Asian nations in ensuring political and economic equity to its community forest user groups. Another study of forest management in Bhutan attributed economic equity (in terms of the distribution of benefits) and political equity (in terms of participation in decision making) to four factors: ethnic homogeneity, active participation of women, supportive government policy and intensive extension support. In contrast to Nepal, Bhutan follows a policy to allow controlled grazing in community forests. While prohibiting grazing in community forests of Nepal might have added to the growth of the forest cover, increased stem density and natural regeneration, it has hurt the livelihoods of thousands of poor and marginal farmers due to poor availability of fodder for their impoverished livestock.

Unlike Bhutan and Nepal, participatory forest management in Pakistan – initiated in the late 1990s with aid from Asian Development Bank – has failed to halt the degeneration rate of forests in the North West Frontier Province. Because this province has nearly 40% of the total forest cover of Pakistan, the lack of success of the participatory project needs to be carefully analyzed. Empirical evidence in the Himalayan region of rural Pakistan indicated that female-headed households and households with older heads and larger family size were more inclined to use forest resources for their livelihoods. Less than 5% of the total land area of Pakistan is covered by forests now.

In India, subsistence among forest-dwelling tribal people like Kol, Bheel, Munda, Baiga, Naga, Santhal, Karbi, and others involves complex, dynamic and multidimensional factors. One of the largest community forestry initiatives in the world, the Joint Forest Management (JFM) in India, emphasizes decentralization of forest management. Although JFM is widely acclaimed to have ensured participatory forest management, the claimed benefits are contested. A case study by the Indian Institute of Forest Management in Bhopal reported the ill-effects of the state taking over the collection of non-wood forest products (NWFPs). The state control of NWFPs for products like tendu leaves (Diospyros melanoxylon), sal seeds (Shorea robusta), fruits (Terminalia chebula), mahua flowers (Madhuca latifolia) has resulted in declining collection of these products and exacerbating other problems caused by low wages and restricted access to forest resources.

In northeast India, jhum cultivation (shifting cultivation, also known as slash-and-burn) should be re-assessed. While the government has maintained that it causes serious damage to natural resources, its sympathizers have argued in favour of jhum citing food security and sustainability. But jhum cycles have shrunk from the earlier ten-year cycle to as short as three years today and this trend surely indicates lack of long-term sustainability. The suggested alternatives have also failed.

The fitness of the earth will chiefly be determined by the constitution and vitality of the largest continent, Asia. All Asian nations – collectively and willingly – should look beyond the Protected Area model of forest wildlife management and accommodate human well-being along with the sustainable conservation of forests, wild flora and fauna. Species-specific conservation goals, like doubling the numbers of tigers and rhinos, are myopic and do not incorporate wider conservation contexts. Nature does not necessarily always communicate in numbers.

Dr. Naveen Pandey is Deputy Director and Veterinary Advisor of the Corbett Foundation in India.