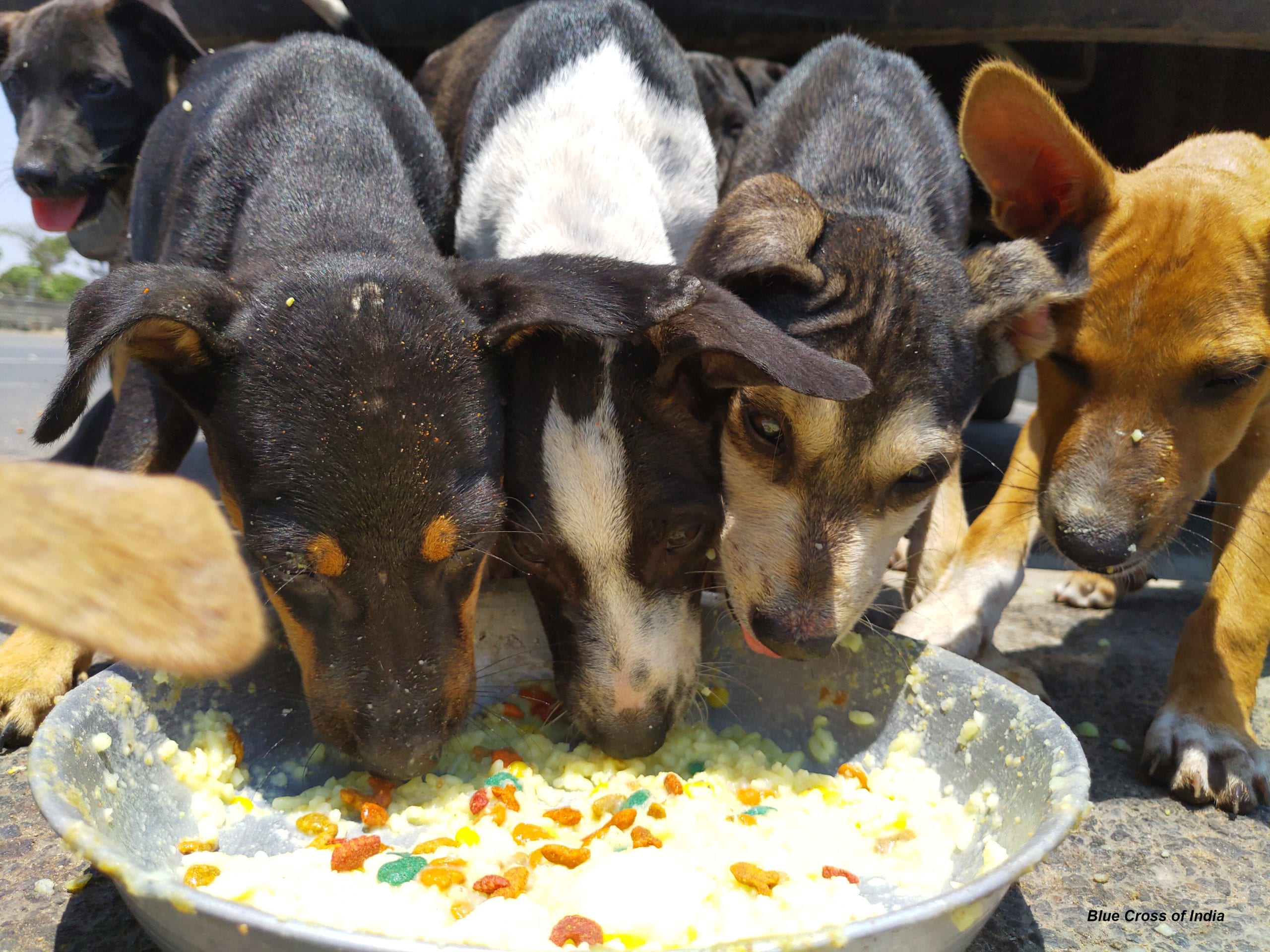 On March 24, the Indian government ordered a national 21-day lockdown as part of its response to the global Covid-19 pandemic. The lockdown has been extended several times and is now projected to last until June 30. This precaution has resulted in significant hardship for the people of India, especially the poor. But it has also adversely affected India’s street dogs, who mostly rely on leftover food from eateries and food put out onto the streets by good Samaritans. (There is a widespread belief that Indian street dogs survive on rubbish, but several recent studies have demonstrated that there are too few calories in street rubbish to support many street animals.) During the lockdown, eateries were closed and members of the public were initially discouraged from feeding street dogs. The dogs began to starve.

Fortunately, the Indian government recognized the problem and declared that feeding street animals was an essential service. Indian animal organizations and advocates have stepped up to the challenge. One such organization is the Blue Cross of India (BCI). Under the direction of board member Tyag Krishnamurthy, BCI started ramping up an emergency feeding operation in late March and, from the middle of April, was providing food to around 3,000 animals a day in Chennai, through a program entitled Karuna for Corona. Karuna means mercy or compassion in Sanskrit. 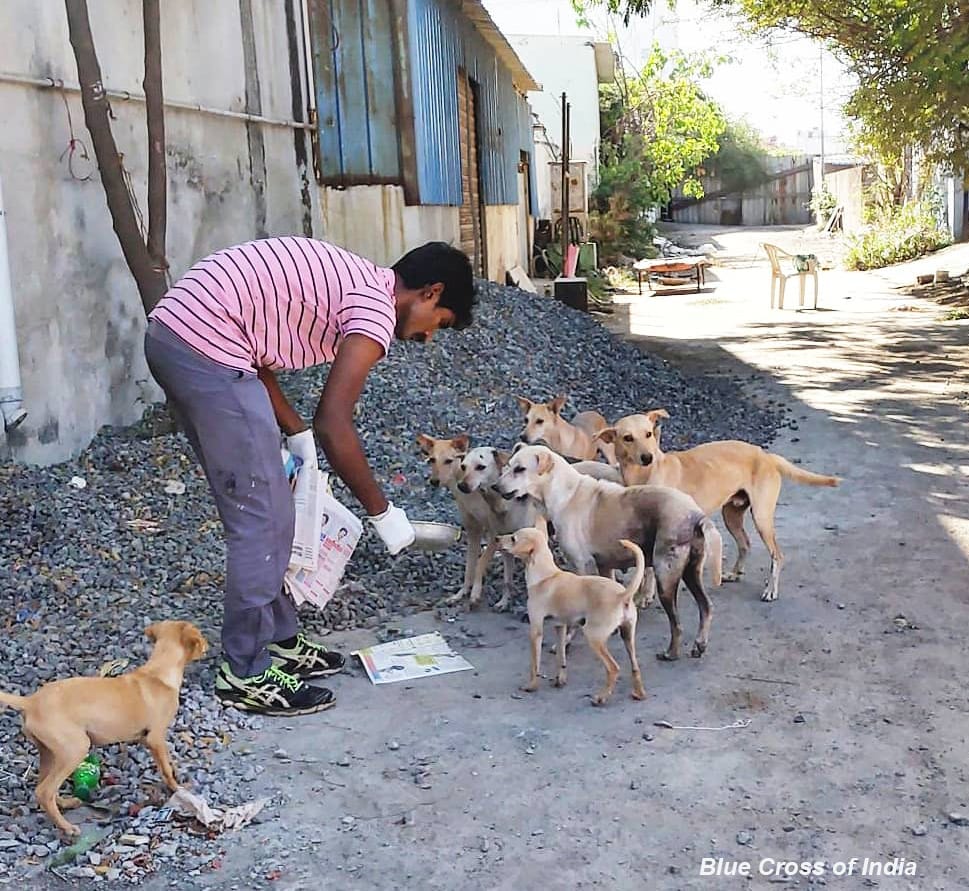 BCI has been operating with limited staff during the lockdown and has had to rely mostly on volunteers to prepare and deliver the food to the animals. In addition, a number of businesses in Chennai have stepped up to help, including food service staff who have prepared large quantities of food for distribution (see a video documenting this effort). The feeding effort is now nearing 100,000 meals distributed. At its peak, BCI could call on a group of 100-150 citizen feeders who distributed the food to the street animals every day. Some individuals distributed almost 10,000 meals in April and May.

In this regard, the top volunteer was a 25-year-old sales executive for a Chennai company, Vignesh Sukumaran. He has been feeding and rescuing stray animals for several years, ever since he saw an injured street animal. He became aware of the BCI Karuna project via a WhatsApp group and ended up feeding 300-350 animals daily during the lockdown. He has a goal of opening an animal shelter for abandoned, sick and disabled dogs.

On most days, the demand has outstripped the available food, but volunteers were advised to alternate the places where food was placed and to be frugal. The need has diminished since the easing of the lockdown in mid-May, though BCI continues to feed street animals in non-residential areas that have still not been opened up. Check this Facebook post for more photos of the program.