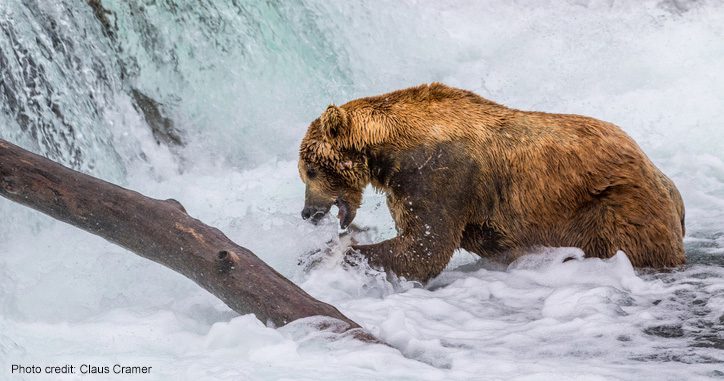 Every year since 2014, the Katmai National Park in Alaska has run a competition over the internet to identify a Fat Bear winner based on votes cast by members of the public who watch the Brown bears in the park via webcams as they fatten up on salmon for their winter hibernation.  The event has become an example of how one can use the internet and social media to drive positive lessons on conservation while engaging the attention of hundreds of thousands of people and also raising funds for conservation in the process.

The first competition, the brainchild of ranger Mike Fitz (now the resident naturalist with explore.org, an organization providing access to live webcams worldwide), lasted just one day. However, the event proved so popular it was expanded to a week-long competition and morphed into a social media sensation. The number of votes cast has increased dramatically over the past few years. In 2018, approximately 55,000 people cast votes. That number grew to around 250,000 in 2019, 650,000 in 2020, and almost 800,000 in 2021. In 2016, the non-profit Katmai Conservancy was established to receive donations from the public that support conservation and research in the park. 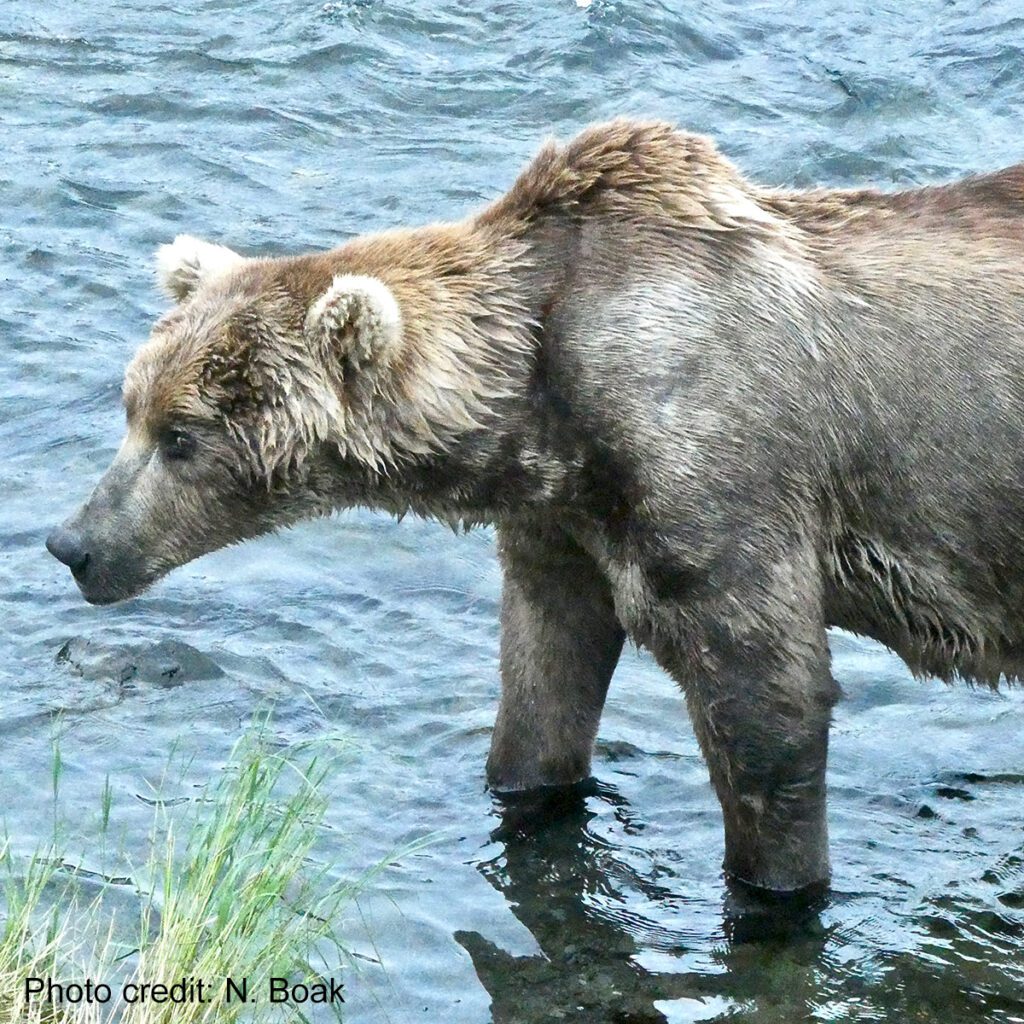 This year, Otis (or bear #480) won the Fat Bear competition for the fourth time (he was the first winner in 2014 and won again in 2016 and 2017).  Voters may have been influenced by the photos that showed him as a skinny bear on July 26 compared to a much better-rounded bear on September 16.  To provide a fair image representation of Otis, the lead photo of Otis shows him at his peak fishing weight.  It is surprising how well Otis has done this year because he is a rather elderly bear (around 25 years old) and is missing two canine teeth and showing other signs of wear and tear.  But he was nonetheless able to hold his own against younger and stronger bears, perhaps using his enhanced salmon-catching skill to compensate for an inevitable slowing down due to age.

The Fat Bear competition demonstrates an essential condition of Brown bear physiology and ecology.  The bears have to put on the extra weight (increasing body mass by around 40%) to survive winter hibernation, lasting from four to six months.  During their hibernation, bears do not eat, drink, urinate or defecate.  Unlike most hibernating creatures, their body temperature drops only slightly (about 3-5oC), although their heart rate slows by around 80%, and so does breathing. They survive this period on the fat stores they have built up during the summer, progressing from being svelte (or positively skinny) when they emerge from hibernation to a hibernation-fit rotundness by the end of the fall.

The hibernating metabolism of bears is a metabolic wonder.  Humans can survive for only a few days without drinking water and lose bone and muscle mass quickly during periods of inactivity.  Anyone who has had a limb immobilized in a plaster cast can attest to the muscle loss produced by such forced inactivity.  But hibernating bears lose no lean muscle and do not need to take in any food or water for the months they are hibernating.  True hibernators, like squirrels, reduce their body temperature to near freezing but still need to wake up once a week to eat and pass waste. 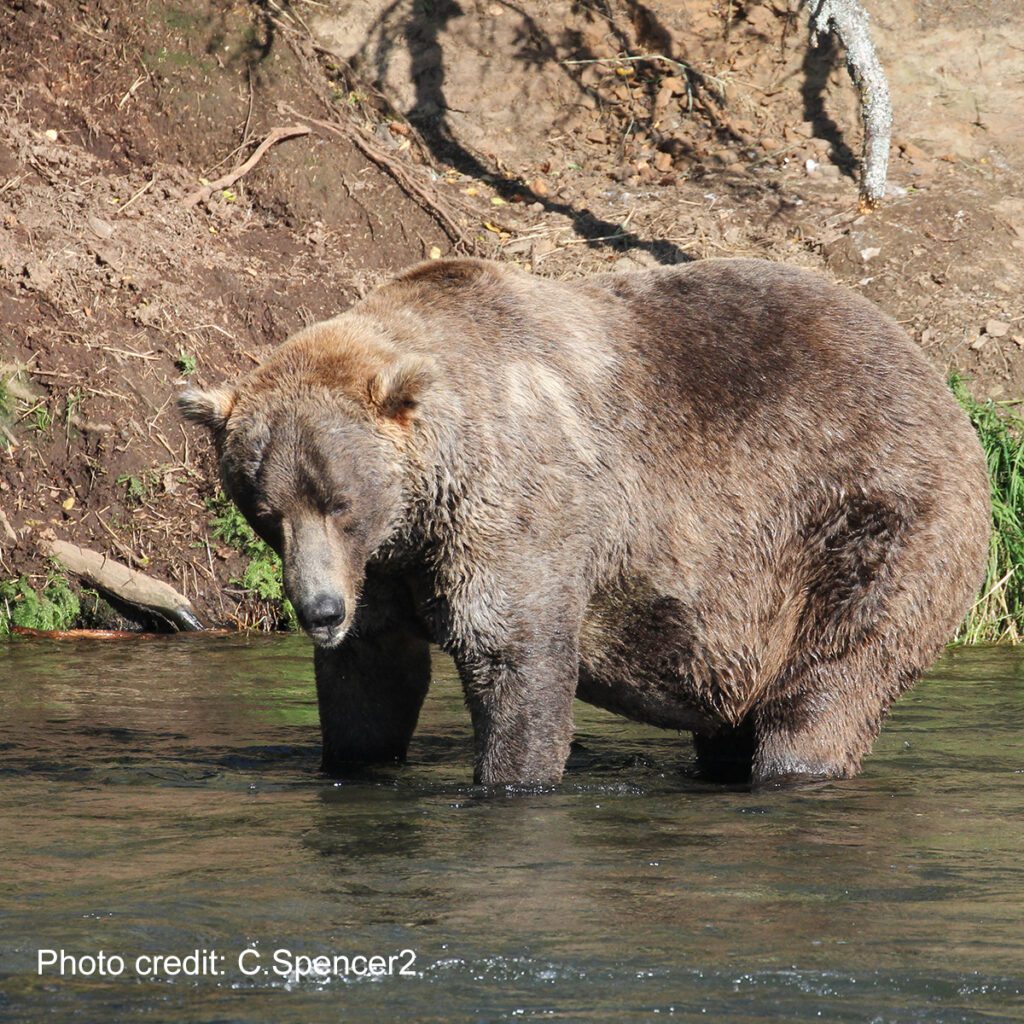 Bears obtain all the water they need from the complete metabolism of fat – which produces just two “end” products – carbon dioxide and water.  The carbon dioxide is expelled via breathing, but the water is retained.  There are two other significant metabolic challenges that the hibernating bear has to address.  First, bears maintain their lean muscle mass, unlike humans in space or forced inactivity.  Bears appear to do this by recycling the nitrogen in the urea produced from normal metabolic turnover (which we expel in our urine) into the synthesis of amino acids and protein.  Recycling urea eliminates the need to urinate and creates a self-contained protein recycling system in the bear.  Second, inactive humans or humans in space lose significant bone mass (one reason astronauts have to exercise on stationary bikes while in the space station).  However, hibernating bears lose no bone or muscle mass and can arouse themselves rapidly to be fully fit and capable if they perceive a threat.  Space flight would not be nearly as challenging If humans could accomplish these same metabolic miracles.  Those miracles include eliminating the need to eat food and drink water, perfectly recycling protein breakdown products back into protein, and recycling body calcium to maintain bone mass.

We have known about the metabolic adaptations made by hibernating bears for fifty years, yet there is surprisingly limited academic literature discussing these adaptations.  A review article published last year reported finding only 60 academic papers discussing bear physiology during hibernation.  The topic was pioneered in the 1970s by Dr. R. A. Nelson, a Minnesota physician/researcher but rarely investigated since his early reports.  For some reason, researchers appear to be reluctant to enter the dens of hibernating bears to take blood and tissue samples!