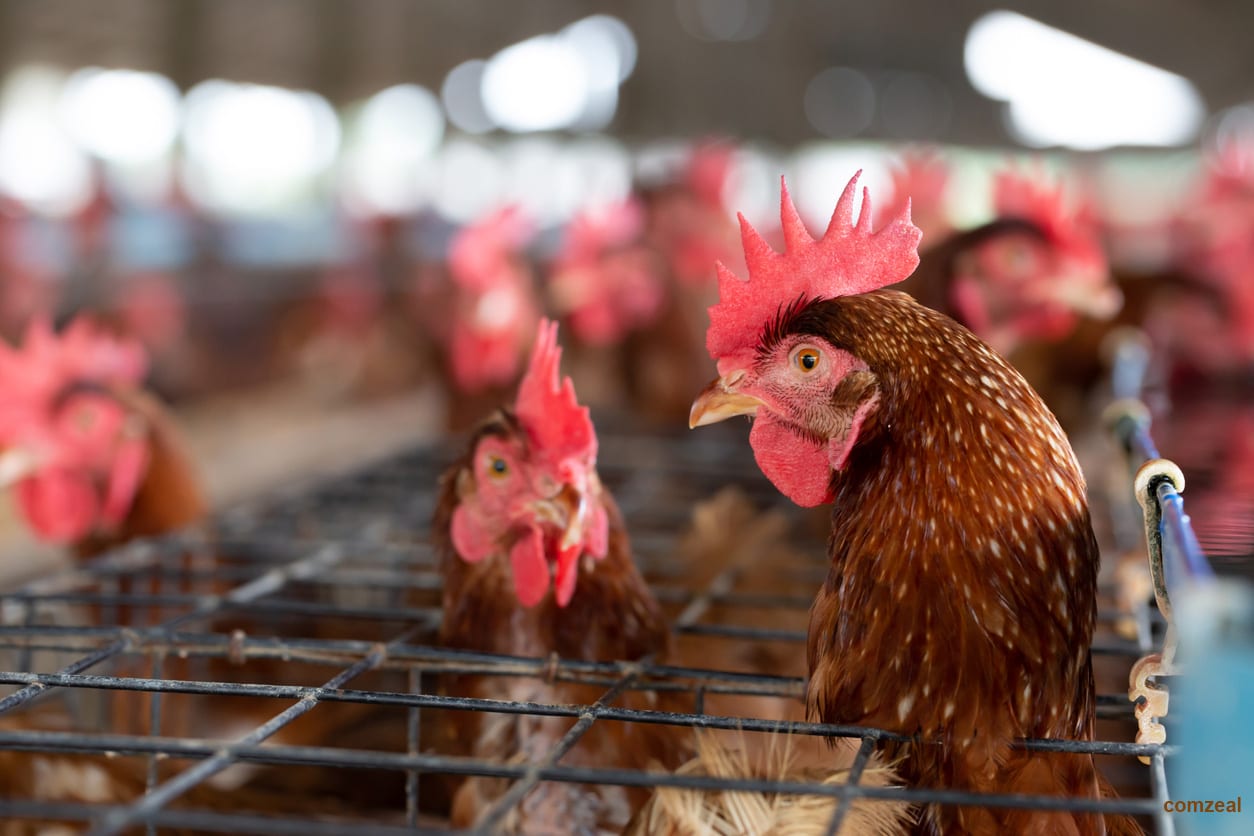 During the last half of the 20th century, animal welfare moved from being a marginal issue to one that began to claim the attention of policy makers. From 1960 to 1985, laboratory animal issues were the main focus of animal advocacy in Europe and North America. But, beginning in the 1980s, farm animal well-being slowly took over as the major focus of animal advocacy organizations.

The issue surfaced in 1964 after the publication of Ruth Harrison’s book, Animal Machines, and the subsequent publication of the Brambell Commission report in the U.K. (which articulated the five freedoms for farm animals). But it was not until the 1980s, that farm animal issues became a focus for the rest of Europe. In the U.S., there was a brief flurry of interest in farm animal welfare from 1981-1984 and Henry Spira, one of the most effective animal activists of the 20th Century, began to target McDonald’s and poultry producer Perdue in the 1990s. But otherwise, progress on farm animal issues in the U.S. was slow until the first decade of the 21st century.

To date, there are only a few Federal laws in the U.S. addressing farm animal welfare (for example, the 28-hour law (1906) addressing animal transport and the two Humane Slaughter Acts of 1958 and 1978) but there have been a number of state initiatives that have addressed specific farm animal practices. In recent years, ten states have passed laws banning or limiting the use of pig gestation crates, five states have banned or limited the use of conventional battery cages, nine states have banned or limited the use of veal crates and one state has prohibited the force-feeding of birds to produce foie gras.

These new laws are not without problems, but they demonstrate a sea-change in the politics of farm animal welfare in the USA. One can also track changes in the funding of farm animal advocacy in the USA. In 2000, there were nine specialist farm animal protection organizations in the United States who spent approximately $6 million on programs and advocacy. In 2018, there were sixteen such organizations who spent $65 million – an eleven-fold increase in just 18 years. Or one can use USDA estimates of the number of  cage-free laying hens (10 million in 2009, 17 million in 2015, 57 million in 2019 and 78 million in 2020 – about 25% of all laying hens).

Europe engaged with and implemented farm animal welfare policies about twenty years before the United States. It is, therefore, not surprising that European farm animal welfare policies are also more developed. For example, the EU passed legislation banning battery cages in 1999 and gestation crates in 2003. Both laws went into effect after a lengthy “phase-out” period in 2012 for barren battery cages and 2013 for gestation crates. There should now be no more traditional battery cages in the EU. However, 50% of laying hens in the EU still live in “enriched” cages (the table below shows what proportion of laying hens are in higher welfare housing (i.e. not in “enriched” cages) in the main egg-producing countries in the EU. 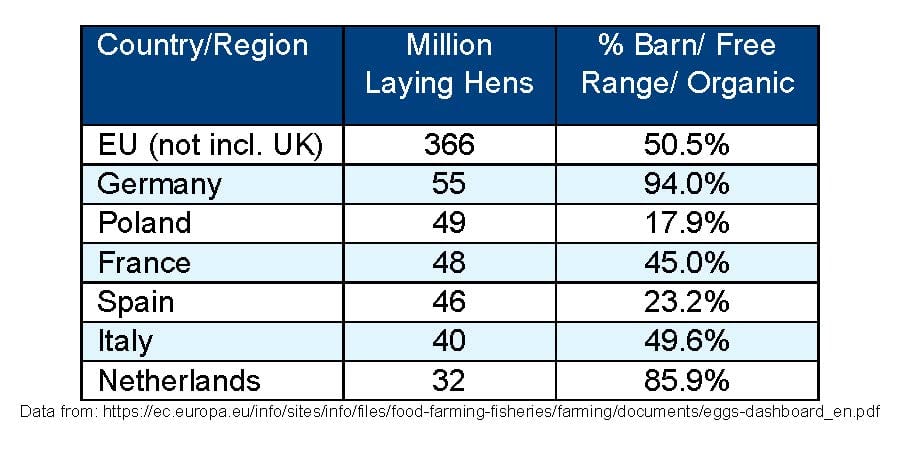 The EU has also provided considerable research funding for animal welfare projects over the years. The early legislation on farm animal welfare in the 1990s, for example, was preceded by funding for animal welfare research in a number of EU universities. In 2004, the Welfare Quality Project received 14.6 million euros for a 5-year program of research and discussion on animal welfare. Consequently, when the Lisbon Treaty came into force in 2009, containing new language on animal sentience (including the following phrase “…the Union and the Member States shall, since animals are sentient beings, pay full regard to the welfare requirements of animals,…”) there was plenty of material and considerable expertise available to inform any updating of policies.