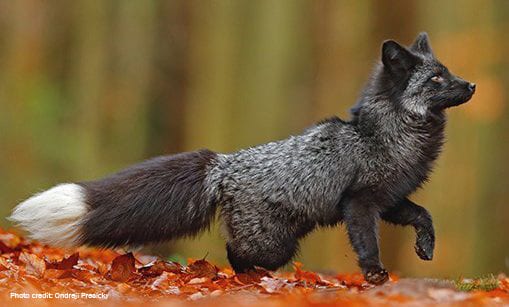 Posted at 07:24h By Andrew Rowan, DPhil
In the search to explain the world around us, there have been occasions where a particular set of observations produces a narrative that appears to provide an elegant explanation of what is happening, even though it might not be entirely accurate. One such story is that of Arizona’s protected Kaibab Plateau, which President Roosevelt established as a game preserve in 1906 and where deer hunting was prohibited. At the same time, bounty hunters exterminated large predators and, as the story went, the lack of predation led to a deer population explosion. This increased population ate all the browse on the plateau, leading to starvation and a population crash of as much as 60%. This narrative was told and retold in ecology classrooms and textbooks until the 1970s, when doubts were raised about the accuracy of the Kaibab deer population estimates.
The classic graph showing a rapid rise and equally rapid fall in deer numbers disappeared from the textbooks. More recently, research on the ages of aspen trees on the Kaibab plateau (a measure that can be used as an index of deer browsing)suggests that there were several periods over the past 120 years when the survival of aspen saplings was abnormally low, and one such period coincided with the reported die-off of deer (Binkley et al, 2006, Ecosystems 9:227).
Now it seems that we are facing another such problem with a widely accepted story identifying how dogs might have become domesticated and developed their neotenic traits (tamer, floppy ears, white color patches and more juvenile faces with smaller jaws).
The narrative follows the following lines. A Russian scientist, Dmitry Belyaev, acquired a number of fur foxes (which typically are very fearful and aggressive in the presence of humans) and began a selective breeding program based on a single behavioral trait – namely, affiliative behavior and a willingness to approach and be handled by humans. According to the story, the foxes that were selected for their tolerance of humans changed their appearance and morphology over relatively few (10-20) generations. The phenotypic changes included the development of neotenized skulls (e.g. shorter muzzles), floppy ears, curly tails and piebald coat colors. The tamer foxes also reportedly “barked.” These observations led to the acceptance of a “domestication syndrome” that could be elicited by selective breeding based simply on an affiliative behavior phenotype.
But just like with the mule deer on the Kaibab Plateau, there may be more than meets the eye. Now Elinor Karlsson and her colleagues have reported that Belyaev’s foxes were not from wild stock but were sourced from fur farm foxes from Prince Edward Island, Canada that had been raised and bred on fur farms since the late 1800s (approximately thirty or more generations before the fur fox experiment in Russia) (Trends in Ecol. & Evol. 2019). The authors found no reports of intentional selection for behavior on Canadian fur farms, but the foxes were reported to be unusually friendly (and also reproduced successfully). In 1928, 65 pairs of foxes were exported from Canada into Russia. By 1959, when Belyaev started the Russian behavioral experiment, his foxes consisted of the multi-generational descendants of these friendly Canadian foxes.
While Belyaev’s breeding project is still a very useful trove of data on the genetics of canid behavior, Karlsson and her fellow authors argue it does not support claims that there is a “domestication syndrome” that can be recapitulated simply by selecting for affiliative behavior. It is really too bad. The story provided an attractive and compelling narrative. These characteristics may be why it was picked up and disseminated so widely. But, to borrow from American journalist and iconoclast HL Mencken, this explanation may be “neat, plausible, and wrong.”
For additional reading, see Science News, Psychology Today, Gizmodo.
Print page