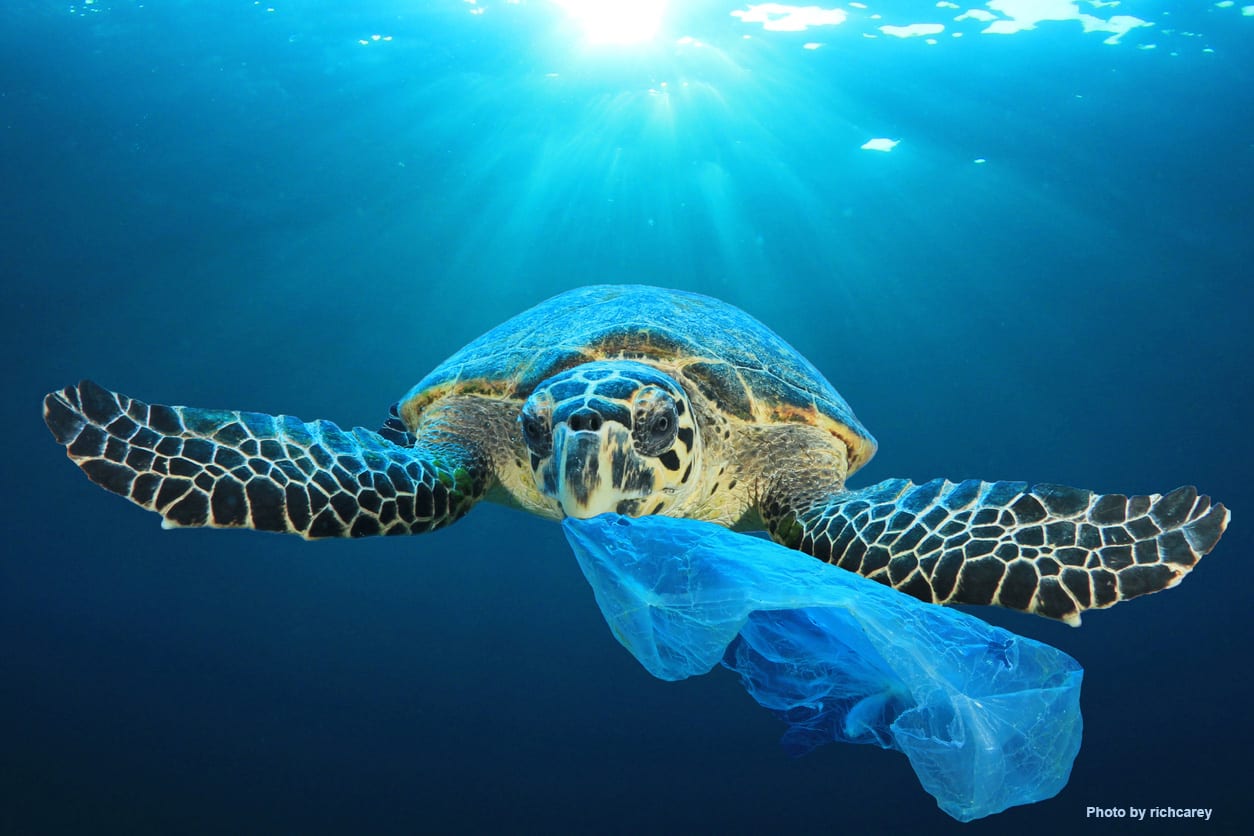 Many readers are likely already aware of the threat of plastic pollution to the environment, especially plastic in the world’s oceans. This issue has built rapidly in the last few years and there are several new NGOs launched in the last few years that focus specifically on the “plastic ocean” issue.

An existing NGO, the Center for Biological Diversity, paints a bleak picture of the current and future impact of plastic on ocean life. In 2016, a report discussing the crisis of plastic pollution was presented to the World Economic Forum, and governments are now beginning to respond. The EU has recently launched a campaign targeting single-use plastics (e.g. straws) in an effort to reduce the long-term threat to the global environment.  But these steps are coming too late for many birds and animals.  Seabirds and marine turtles appear to be particularly threatened with the Laysan Albatross becoming the poster-bird for the problem.  Now a recent paper reports that fish in the Amazon basin are also consuming plastic debris.
More plastic has been produced in the first decade of this century than in all of the previous one (commercial plastic production began after World War II), and the volume of plastic produced annually continues to increase.  The world needs to shift rapidly to control plastic waste to conserve marine wildlife!  There have been huge declines in the populations of terrestrial wildlife and freshwater animals (83%) since 1970, and it is likely that the populations of marine species are also in serious decline.  Today, any conservationist is an optimistic pessimist.  The data on wildlife is nearly all negative but, if we are going to continue to try to improve the situation, we have to be optimistic that we can make a difference!
Print page