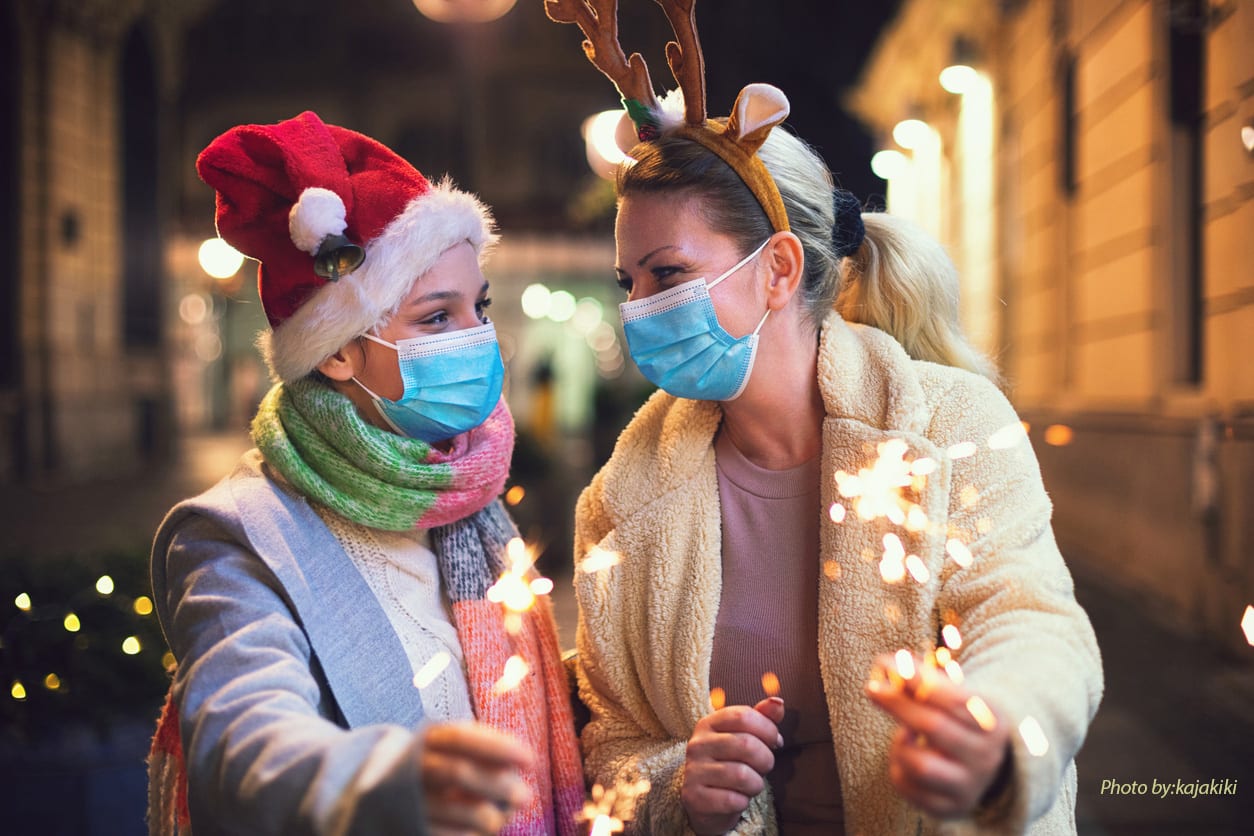 Have you ever wondered what effect end-of-year seasonal rituals have on well-being? Here is a brief description of what the celebrations are about and where they occur.

The end of the Western calendar year (Gregorian – established in 1582), based on the Earth’s revolution around the sun, brings a variety of holidays, rituals and celebrations around the world. These festivals include celebrations of the winter solstice (the shortest day of the year in the Northern hemisphere – December 21), Christmas celebrations, and the beginning of a new year. Most countries now use the Gregorian calendar, but a few do not. The Islamic year is based on twelve lunar months and is shorter (354 or 355 days) than the Gregorian year. Islamic religious festivals therefore slowly shift to earlier and earlier dates on the Gregorian calendar and there is no regular end-of-calendar-year festival in Islam.

Most of the rituals and festivities that end the global calendar year are related to one of three events – Christmas celebrations, recognition of the winter solstice in the Northern hemisphere, and the beginning of a new calendar year. These rituals and events all have some aspect of renewal.

In the last several hundred years, Christmas has grown in popularity around the world and is now a world-wide phenomenon. It is, of course, a major religious holiday for the 2.2 billion Christians but it is also a public holiday in four-fifths of the countries of the world. Only 34 of the 195 countries in the world (including most majority Muslim countries and Bhutan, Cambodia, mainland China, Israel, Japan, Thailand, and Vietnam) do not provide a public holiday on Christmas Day. But even in China, Japan and Thailand, it is not hard to find signs of Christmas on the streets of the major cities.

There have been several attempts to redirect some of the growing Christmas cheer (and commercial activities) into different festivals. The Pancha Ganapati festival was created in 1985 as a means for Hindus to participate in the holiday season without compromising Hindu values. The festival runs for five days from December 21 to 25 and honors Lord Ganesha, patron of the Arts and Guardian of Culture. Each of the five days has its own significance and is associated with a different color but overall, the festival is dedicated to spreading love and building harmony withing the family and the wider community. Kwanzaa, an American end-of-year festival honoring African culture for African American families was established in 1966. It is not a religious holiday but a cultural celebration.

Several rituals are associated with the winter solstice (December 21) which is the shortest day of the year for those in the Northern hemisphere. In China (and other East Asian nations), Dong Zhi (or winter’s extreme) is a traditional festival originating over 2,000 years ago during the Han dynasty (206 BC to 220 AD). The festival centers around the winter solstice and the balance of yin (darkness and cold) and yang (light and warmth). Traditionally, Dong Zhi is a time for the family to gather and renew ties. The winter solstice is also an important date for Norse culture which provided several features of what we now regard as essential Christmas trappings – decorations, the “Christmas” tree, holly, mistletoe and the yule log.

The start of the New Year is celebrated around the globe with Tonga leading the way and New Zealand coming shortly thereafter. American Samoa, a mere 558 miles from Tonga is the last place to bring in the New Year.

Well-being and the Season

A search of Google Scholar produced a few studies that addressed the question of the effect of seasonal rituals on well-being. One paper, published this year on the seasonality of suicide and suicide attempts in sixteen different countries, reported that suicide was much lower at the end of the year except for the two countries in the Southern hemisphere where the effect was reversed – Brazil and South Africa. In other words, suicide rates were lowest in the middle of winter (when the days were shortest). This is a surprising outcome since Seasonal Affective Disorder (or SAD) occurs in winter. However, another recent paper looking at 250,000 cases of suicide and attempted suicide in America, reported the same phenomenon – suicide attempts were a third higher in the middle of summer than at the end of the year. It has been argued that Christmas and the New year bring stresses that might lower a sense of subjective well-being but the suicide studies indicate just the opposite.

And for those who gain strength from getting together with family and enjoying end-of-year renewal rituals, we encourage you to use creative ways to celebrate and raise spirits during these unusual times.