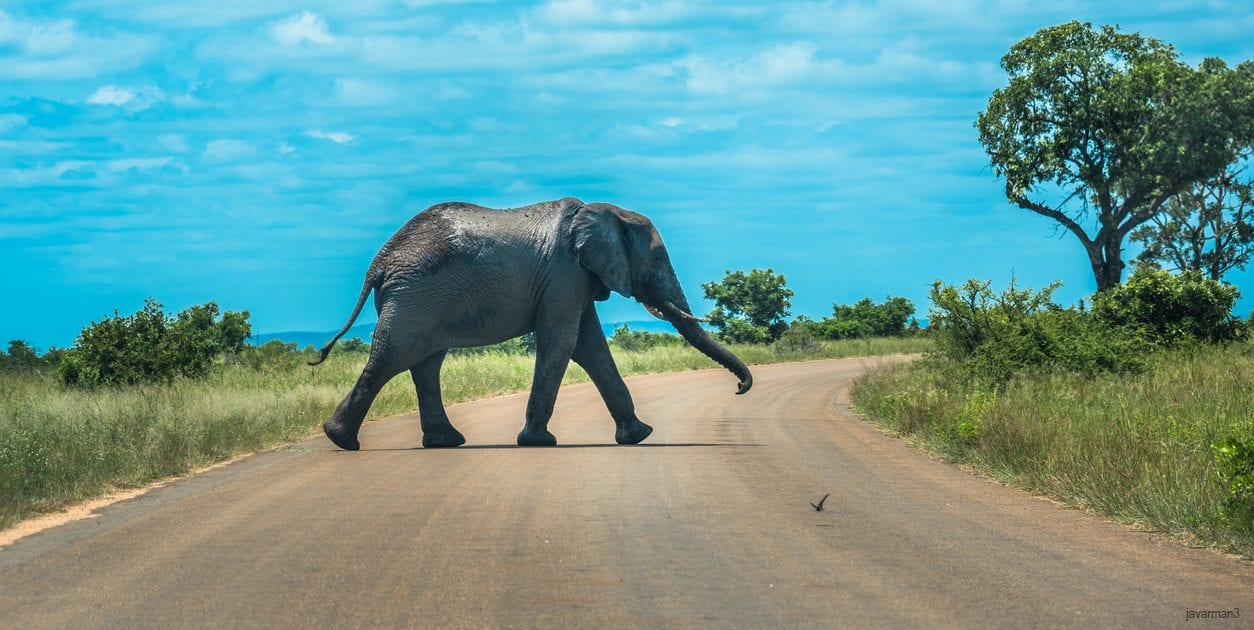 In March of 2019, the First African Conference on Linear Infrastructure and Ecology (ACLIE) was held in South Africa. Our partner organization, the Center for Large Landscape Conservation (CLLC) produced an excellent and eye-opening report for the conference on investments in linear transportation infrastructure (such as roads, railways, and canals) in sub-Saharan Africa (SSA) from 2010 through 2017. This chart shows the extent of investments in linear infrastructure in the region by China, the World Bank (WB) and the African Development Bank (AfDB). 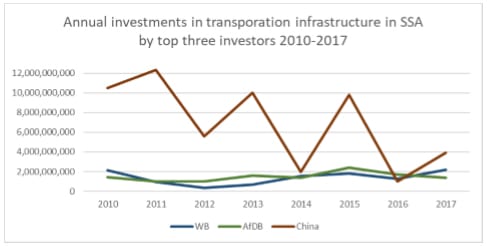 Trends in investments in transportation infrastructure in SSA, 2010-2017

Over the eight-year span covered by the report, China invested 5-6 times as much as either the World Bank or the African Development Bank. This investment is driven in part of the Chinese Belt and Road Initiative that has been launched by Premier Xi and that was mentioned in the previous WellBeing News. The CLLC report also looked at the policies and practices of the various development banks in addressing biodiversity and the impact of habitat fragmentation. While many of the banks include threats to biodiversity and mention fragmentation of habitat as a topic of concern in their lending policies and project reviews, avoidance of fragmentation is mentioned far less frequently.

Furthermore, the single largest investor in transport infrastructure in SSA is China (approximately equal to all other development banks combined). However, there is no transparency in the environmental impact policies applied by China and their investment partners. China has recently published a Guidance on Promoting Green Belt and Road but again, it is not clear how the principles will be applied in planning and developing transport projects. Because the Belt and Road Initiative is part of the Charter of the Central Communist Party, it is now illegal for any Chinese citizen or media outlet to criticize it in public. The CLLC report concludes with a comment about the need to move beyond policy statements and examine how project impacts are monitored (and mitigated) and how the results of such monitoring are fed into future project planning and decision-making.

Roads, railways and canals are not the only challenges facing African wildlife. Fences are also a big threat. The largest fence in the world, the Dingo Fence in Australia, has been shown to have many damaging effects on the ecosystem. In Botswana, ALERT reports that the country is divided into 17 wildlife “islands” by game fences (see image below). 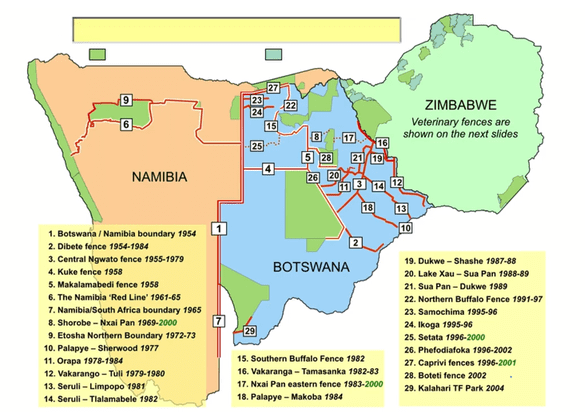 Infrastructure development is going to continue and will be needed to support additional billions of people on the planet, but we should ensure that we will not destroy the world’s biodiversity for future generations leaving them with an impoverished planet crisscrossed by roads and railways and further subdivided by fences.