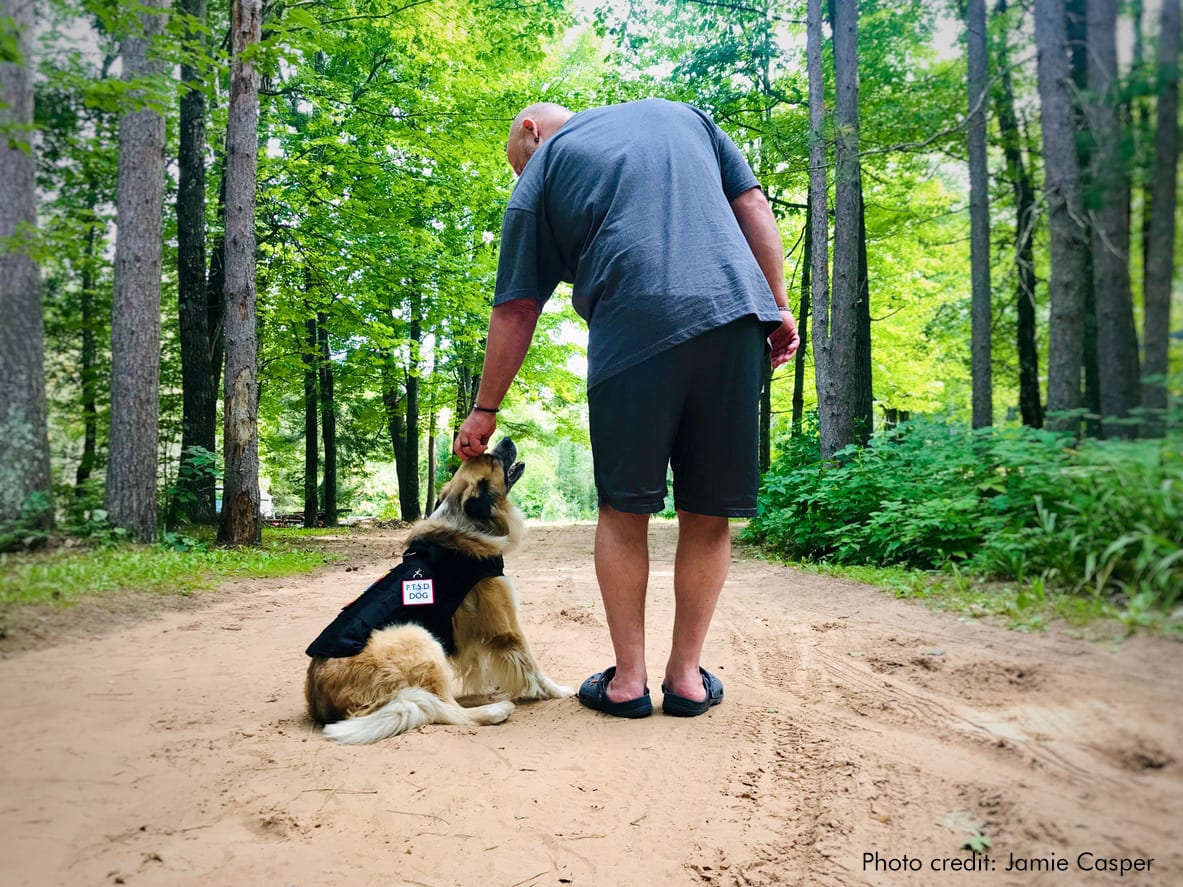 Over the past decade, there has been an explosion of interest in the use of assistance dogs to help military veterans cope with PTSD (Post-Traumatic Stress Disorder) and other challenges posed by a return to civilian life. Numerous organizations have been founded to provide such support with K9s for Warriors (Florida) and the Warrior Canine Connection (Maryland) being among the most successful. K9s for Warriors was founded in 2011 by Sheri Duval, the mother of an army contractor who returned from Iraq after two tours with PTSD. The Warrior Canine Connection (WCC) was also founded in 2011 by Rick Yount, a social worker, who discovered the power of the people-dog connection while transporting an 11-year-old boy from his biological mother to an emergency foster home in 1996. He had his golden retriever, Gabe, with him on that journey and discovered that the dog had a knack for soothing the child, even during this most traumatic experience. Yount then became involved in several projects involving assistance animals over the following fifteen years before founding WCC.

One of the features of both organizations is an emphasis on conducting research to evaluate the impact of their dogs on their clients. For example, Meg Daly Olmert, author of the 2009 book, Made for Each Other: The Biology of the Human-Animal Bond, is WCC’s Director of Research. K9s for Warriors has helped raise funds to support ground-breaking research into the impact of an assistance dog on PTSD symptoms by a team at Purdue University led by Dr. Marguerite O’Haire.

Human-animal bond scholar, Dr. Harold Herzog has been a critic of a great deal of human-animal bond research because of its methodological weaknesses such as small sample sizes, inadequate controls and short project duration. He is also a former Army medic who worked on a psychiatric ward in a military hospital in Georgia during the Vietnam War. In a 2018 blog on this topic, he noted that the evidence that dogs can improve the lives of veterans is so thin that the US Veterans Administration (VA) will not pay for service dogs to treat PTSD.

In 2010, Congress directed the VA to undertake a study of the issue and a pilot study was begun. However, it was not a success. The research team had problems recruiting subjects for the control group, two children were bitten by dogs and several dogs in the pilot study developed hip dysplasia or died. In short, Herzog commented, “the pilot project was a disaster and it was halted in 2012.” 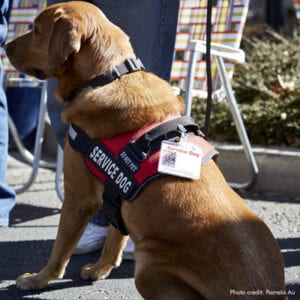 But Herzog was much more complimentary about the Purdue University study whose results were published in 2018. The study involved 141 Iraq and Afghanistan war veterans with PTSD. Seventy-five of the veterans were paired with service dogs while 66 were on a waiting list to receive dogs. Both groups completed a variety of measures to evaluate their PTSD and other mental health traits. The service dog group had significantly lower scores on the PTSD test. In addition, they also had lower depression scores and higher levels of psychological and social well-being. In other words, it was a most encouraging result.

Meanwhile, under pressure from Congress, the VA agreed to relaunch the study and its results, due in 2020, have just been published. This new VA study used a randomized sample of subjects, the gold standard for a clinical trial, but curiously compared the effects of a trained service dog against a control group who received “emotional support dogs.”  These “emotional support” dogs received basic obedience training but not the additional training in specialized tasks that help mitigate the effects of a disability.

Not surprisingly, given that both the treatment group and the control group received dogs, the VA study reported more modest positive outcomes for the treatment group who received service dogs. Despite the lukewarm conclusions of this report, it is likely that the demand for service dogs by veterans and by specific groups serving veterans will continue to grow and that we will see new legislation in Congress (following the passage of the bipartisan PAWS for Veteran Therapy Act (HR4305) in the US House of Representatives in 2020) that would establish a pilot VA program to issue grants to evaluate further the effectiveness of service dogs in treating veteran mental health issues.

From 1980 onwards, interest in research into the health benefits of companion animals has grown steadily and funding support for such research and its methodological rigor has increased significantly in just the past twenty years. The debate over the provision of support dogs to veterans suffering from PTSD will doubtless continue. This is an area where personal anecdotes have substantial impact and here is an example of what any gold standard clinical trial is going to have to address. We need to ensure that research into these issues is of a very high standard but we also need to acknowledge and incorporate some of the extraordinary anecdotes of how a service dog (or an emotional support dog) have helped human patients.

[Shari Duval, founder of K9s for Warriors, died on February 5, 2021 after a battle with cancer. WellBeing International offers our condolences to her immediate family and to K9s for Warriors, her larger family.]