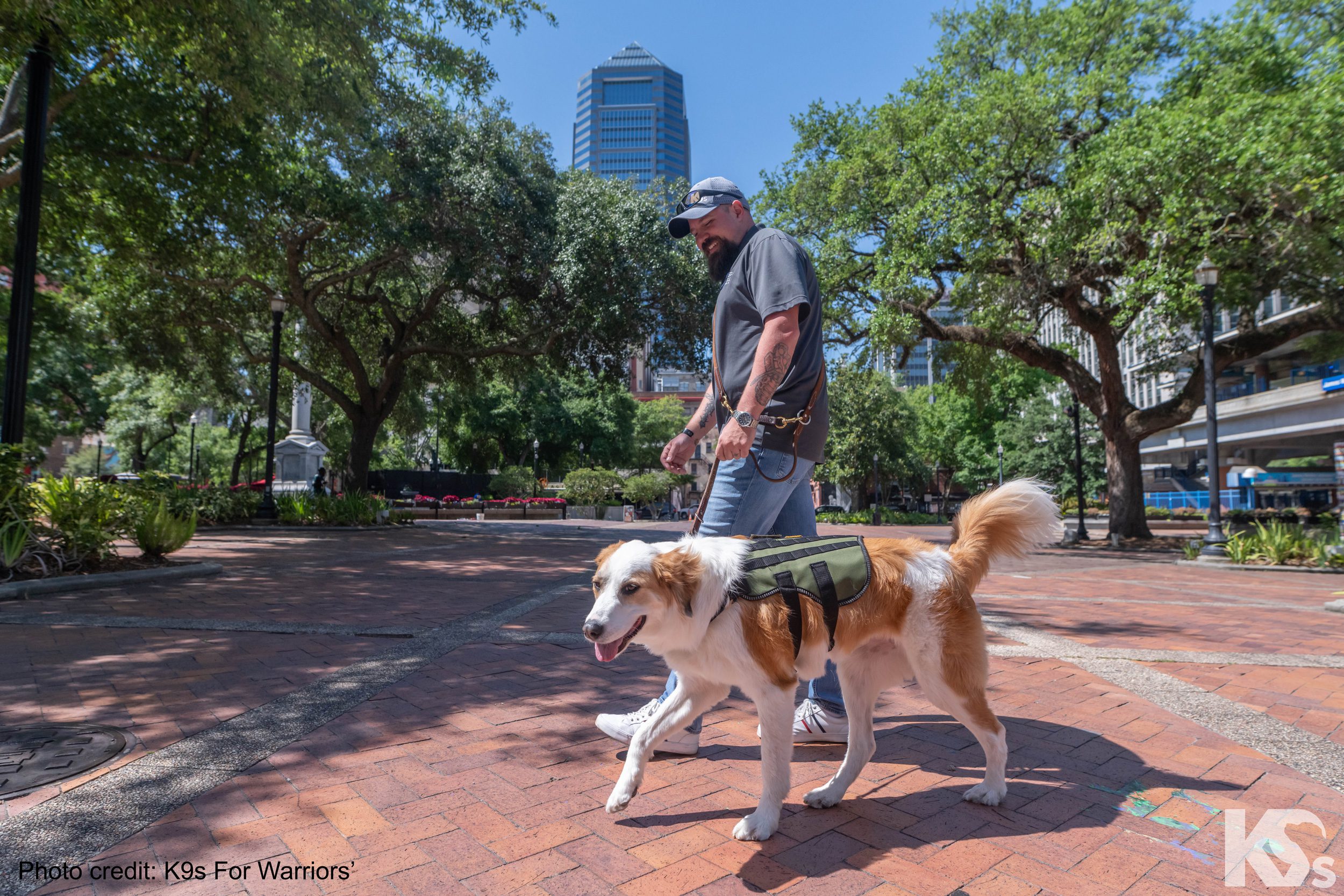 President Biden signed the awkwardly named ‘Puppies Assisting Wounded Servicemembers for Veterans Therapy Act’ or the ‘PAWS for Veterans Therapy Act’ (PAWS Act of 2021) into law at the end of August 2021. This Act requires the Department of Veterans Affairs (VA) to implement a 5-year pilot program to provide dog training to eligible veterans diagnosed with post-traumatic stress disorder (PTSD). 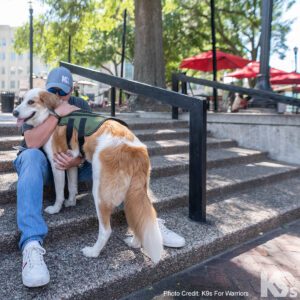 Over the years, the VA has been pressed to make service dogs available to veterans battling symptoms of PTSD and other military trauma who request such support. However, previously, the VA has steadfastly resisted such pressure, arguing that there was little evidence that such service dogs improve veterans’ mental health and that it is costly to train service dogs ($20-30,000 each).  Their claim that there was little evidence supporting the benefits of service dogs in treating PTSD eroded following the publication of a study led by Purdue University (in collaboration with K9s For Warriors, the nation’s largest provider of trained service dogs for military veterans). Dr. Harold Herzog, a psychologist and human-animal bond scholar, noted that the PTSD scores of veterans with service dogs dropped by around 15% after receiving and working with their service dogs. In contrast, the PTSD scores of the control group did not change. Dr. Maggie O’Haire (the lead investigator at Purdue) and her colleagues have continued to investigate the beneficial impact of service dogs for veterans. More recent publications confirm the benefits identified in the initial report. 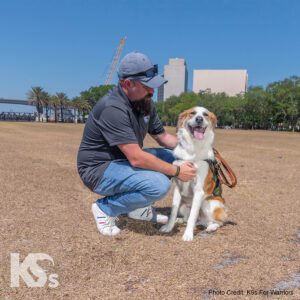 Many stories of individuals have found that sharing their lives with a service dog has been transformative, as exemplified by the experience of veteran Jodie Revils of Katy, Texas. After a decade of service in the military, Revils received a diagnosis of severe PTSD from an off-base Army clinic (the on-base health provider suggested he was making up his symptoms). The treatment involved heavy medication (20 pills a day), leaving him without affect or the ability to carry on a conversation. His wife Nancy noted that the pill container was always full and that Revils would “just be sitting on the couch.” At the time, she thought that “this was going to be our permanent situation.”

Revils’ depression and associated behaviors continued for several years until a therapy session involving a service dog recommended that he seek out K9s For Warriors in Florida. Revils was initially skeptical that a service dog would help alleviate his symptoms, but he had tried everything else, so he applied to the program. He badly wanted a Labrador but was, instead, introduced to Donna, a Pyrenees-mix rescue dog. Perhaps sensing his initial disappointment, Donna put her paw on his knee. This simple gesture launched the Jodie-Donna partnership. The following months and years still had their challenges, but Nancy found that she was much more relaxed, and their two daughters began to go out in public again. Jodie now asserts that, without Donna, he “wouldn’t have a life. Period.” Donna alerts him to impending symptoms, and the accompanying “freedom she provides is life-changing.”

While this is just a single anecdote demonstrating the impact of a service dog on one veteran’s life, it is a very compelling example of the potential benefits of the human-animal bond and how such a bond can change one individual’s life for the better.

Many thanks to the K9s For Warriors organization for their guidance with this article and the exceptional images.