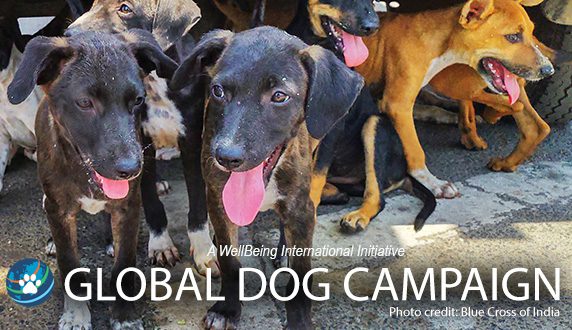 On November 30th, we are holding the first webinar on dog homelessness and WBI’s Global Dog Campaign (GDC), and it seems an appropriate time to review the background leading up to this moment.  In 1983, I started working on dog/cat welfare and demographics in the USA when I founded the Tufts Center for Animals and Public Policy.  At the time, there was no national data on animal shelter trends and minimal tracking of the impact of different remedies for dog and cat overpopulation. Over the next fifteen years, the Center produced estimates of unwanted dog and cat populations and showed how sterilization appeared to be reducing the number of unwanted dogs and cats.  Then, in 1997, I moved from Tufts to be the CEO of an international animal organization. That move led to an expansion of focus from just North American dog well-being to a worldwide effort.

By 2010, I was convinced that a relatively modest infusion of effectively targeted resources (maybe $5-10 million a year for at least ten years), along with the concurrent efforts of other organizations and municipalities, could end global dog homelessness.  The additional funding would be needed to support a few demonstration sterilization and vaccination projects in high-need countries, but, of great importance, it would lead to international data collection on global dog populations, local dog management projects, and dog homelessness.  Changes in homeless dogs would be tracked over time, and the most effective projects would be identified.

Spending on humane dog management projects has increased dramatically this century.  In 2000, global animal protection groups were spending around $140 million a year.  Today, those same groups are spending $350 million or more, and a substantial portion of those expenditures (maybe 50%) are focused on dog projects.  Many municipalities and states have also started to commit resources to address homeless dogs, in part because they now recognize the link between dog homelessness and public health concerns (e.g., the incidence of dog bites and rabies).  In addition, anti-rabies campaigns have been launched in the last fifteen years to eliminate rabies in Africa and Asia (Europe and the Americas have largely achieved this goal). The world is now spending an estimated $2 billion annually in direct costs on the prevention and treatment of rabies.  These expenditures cover human medical expenses to treat dog bite victims and prevent the spread of rabies by dogs through anti-rabies and humane dog management programs.  These campaigns and programs complement one another but should be better integrated to leverage their resources more effectively.

The GDC focuses on data collection and reporting, especially time-series projects lasting five or more years.  Relatively few projects collect data to identify the size of the target population of homeless dogs and then track the changes that occur as the project is implemented.  This lack of time-series data on specific projects creates a significant deficit in what we know and understand about humane dog management.  In addition, to launch the GDC, WBI analyzed all the available data on global dog populations. WBI currently estimates around 300 million homeless dogs out of the world’s 800 million or so  dogs.

In developing this estimate, WBI had to develop an appropriate definition of a “homeless” dog. Determining dog “homelessness” is more complicated than one might suspect.  Several studies now indicate that a large percentage (95% or more in some cases) of street dogs may be claimed as “owned” by a particular household in the community.  While these “owned” dogs probably receive some food and water from the “owning” household, they typically receive little to no veterinary care.  Hence, WBI defines a “homeless” dog as one that spends most or all of its life on the street and receives little to no veterinary care.  Such dogs typically have relatively short lives, and three-quarters of their puppies die before they reach one year of age.  Most observers would consider such dogs to be “homeless” despite the claimed “ownership.”

The GDC also is focused on vaccination/sterilization projects. It appears that projects including sterilization improve the human-dog relationship in a community, but WBI is still seeking incontrovertible data to support this inference.  Humane dog management requires careful, long-term implementation, coupled with systematic tracking of progress.

Relative dog populations vary widely across countries (from a few dogs to 400 or more dogs per 1,000 people). Similarly, the proportion of dogs in a country that are homeless varies greatly.  For example, there are no homeless dogs in Sweden, while 75% or more of the dog population in some African and Asian countries may be homeless according to the WBI definition.  In addition, the proportion of “homeless” dogs is not necessarily stable.  The level of dog homelessness varies over time as the human-dog relationship changes.

For example, in the United States, around one-third of dogs were homeless in 1950.  Today, perhaps 2% or less might be considered homeless.  In Costa Rica, the proportion of homeless dogs is currently changing rapidly.  In 2000, only around 15% of owned dogs slept indoors at night but, today, two-thirds are sleeping indoors, according to a WBI survey.  In addition, the proportion of Costa Rican dog-owning households with at least one sterilized dog has jumped from under 20% to 62% in the last twenty years.

The variation in relative dog numbers and the percentages of homeless dogs is undoubtedly influenced by various factors, including economic capacity, veterinary infrastructure, cultural issues, legislation, public policy, and country stability.  WBI also suspects that the dog sterilization rate is an important factor in relative dog numbers and the rate of dog homelessness.

Sterilization of companion animals is a relatively recent approach to their management.  In a companion article in this issue, we describe how dog sterilization was first developed as a humane management solution.  We also present an updated analysis of how three of our partners address homeless dog challenges in three very different countries.

WBI pictures the GDC as an initiative that aims to speed up changes in the human-dog relationship that have been documented in the USA, currently being observed in Costa Rica, and showing promise in India and Afghanistan.  WBI has developed a simple four-stage classification typology (No Progress, Some Progress, Good Progress, and Exceptional Progress) that recognizes the uniqueness and diversity among countries.

This typology uses various factors to evaluate a country’s progress status.  These factors include resources available, culture and attitudes, countries at risk, and, ultimately, the availability, quality, and use of data on dog populations.  Resources would consist of economic capacity, small animal veterinary clinic capacity, the number and size of animal NGOs and shelters, and the interest and commitment of states, municipalities, and local communities. Culture and attitude elements will influence how dogs are viewed and treated and the extent of available animal protection laws and their implementation.  Countries at risk would address countries undergoing humanitarian crises and conflicts.  Homeless dogs would focus on whether or not data is available and the quality and use of data needed to generate the indicators required to track absolute dog populations, relative dog populations, and changes in the rate of dog homelessness.

Some countries have made little or no progress in ending dog homelessness and appear not to be concerned about the issue.  Many other countries are now engaged in addressing homeless dog challenges. They may be making progress even though they may have large numbers of homeless dogs because of country-specific cultural factors. A few countries (mainly those with significant financial resources and other enabling factors) have eliminated or are very close to ending dog homelessness.

WBI’s GDC has a global focus but is constructed as an overlay on the many existing activities and projects worldwide that currently manage and address dog welfare. As already mentioned, billions of dollars are being spent globally on dog management, but we have little knowledge of those expenditures’ local or global impact.  This deficit must be addressed, and, in the process, we must take into account the many factors that distinguish one country from another and influence how individual communities, municipalities, states, and nations address the homeless dog challenge.  WBI will continue to develop data resources that indicate how specific countries are progressing along the track to end dog homelessness.  In the end, better data will help everybody from animal organizations to municipalities to national bodies implement more effective dog management strategies and, eventually, eliminate Dog Homelessness.