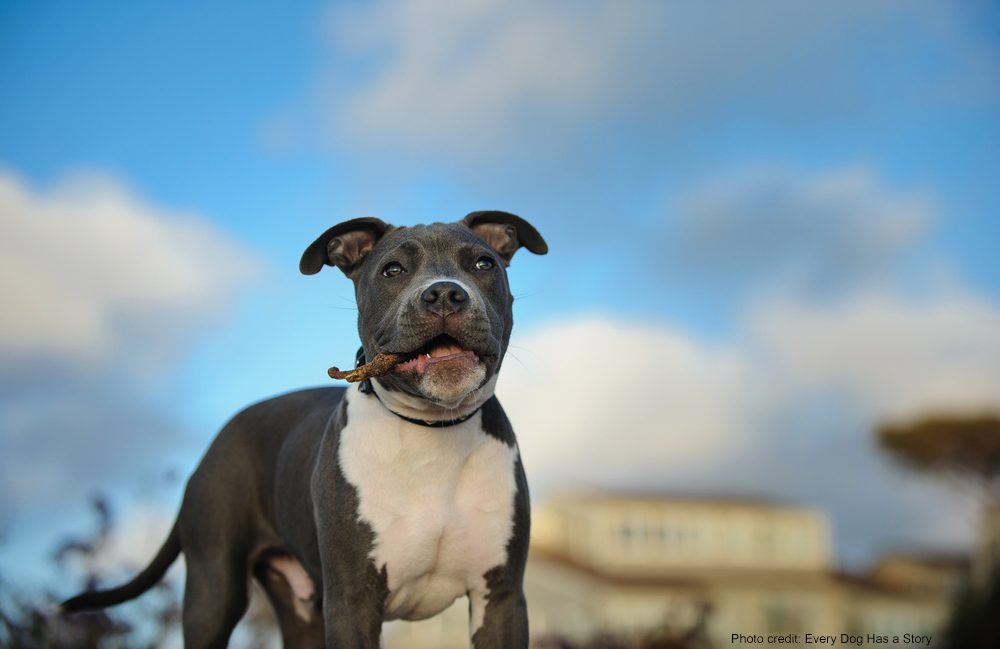 An extensive study of the genetics of dog behavior (including individual dog personality) and appearance (physical traits) has just appeared in the major academic research publication, Science. The research team reviewed the behavior and genes of 2,000 dogs who had had their entire genomes sequenced. An additional 16,000 dogs, including mixes and pure breeds (128 represented), were also reviewed for behavior traits. The study reported that less than a quarter of the differences in dog personality could be explained by genetics. In contrast, at least 80% of the physical traits were closely tied to the dog’s DNA. These findings are important for at least a segment of the dog-owning population and possibly some dogs, specifically those colloquially referred to as Pit Bull terriers. Early on, Pit Bulls were admired as America’s dogs, as depicted in 1914 by artist Wallace Robinson, or as family dogs such as Petey. Petey was the ever-present companion to the children in the 1930s TV show, Our Gang. Today Pit Bulls are more often regarded as dangerous intruders into safe neighborhoods. 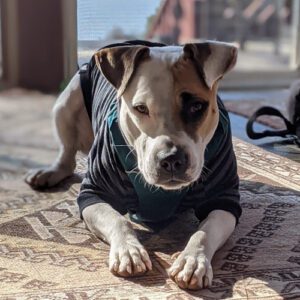 This tendency to vilify Pit Bulls in America received a significant boost during the summers of 1986 and 1987. The hot days of July (extending into August) are called the dog days of summer because Sirius, the dog star, appears to rise alongside the sun in late July in the Northern hemisphere. However, July and August of 1986 and 1987 were explicitly the “Pit Bull” days of those two summers. In June 1986, Dr. Franklin M. Loew, dean of the Tufts School of Veterinary Medicine, discovered a newspaper clipping reporting on the banning of pit bull breeds by the Town Meeting of Lynn, Massachusetts, because of the threat posed by the breed. He suggested that the Tufts Center for Animals and Public Policy (Center) should explore the issue.

The Center accordingly organized a workshop on July 17, 1986, on the topic consisting of a handful of speakers with expertise on the subject at the Tufts School of Veterinary Medicine’s administration building. Routine registration for the workshop proceeded until Newsweek published a story on Pit Bulls in its July 14, 1986 issue and mentioned the workshop. The Center suddenly found itself inundated with calls from attorneys, judges, and the media seeking information or wanting to attend the workshop. It turned out that the Center had stumbled onto a data-poor issue. Everybody was looking to our workshop to provide information that might help them determine whether pit bull terriers were particularly dangerous. We responded to this demand for information by producing a printed report of the workshop proceedings that included an introduction to the literature on dog bites and papers by some presenters, including dog behavior experts Drs. Randall Lockwood and Amy Marder and several attorneys and legislators.

A few years later, Anthrozoos, the human-animal interactions journal, published a report by Michael Oswald, Director of Animal Services for Multnomah County, Oregon, that detailed an intriguing and apparently effective approach to manage dog aggression and its consequences (bites and injuries to humans). Multnomah County had set up a scheme for classifying aggressive dogs in the community on a scale of 1 to 5 (where 5 was the score for the most aggressive dogs). It required the owners of these dogs to put in place increasingly elaborate measures to protect other people and their animals from attack by these aggressive dogs. They dealt with the issue of providing an adequate due process by establishing a specialized court where owners could appeal the aggression classification of their dogs. Not surprisingly, few owners appealed the lower-level classifications (thereby reducing the demands on the court), but most of the owners of the few dogs ranked as 5’s on the scale appealed. The approach was successful, as indicated by reducing the number of “repeat biters” from 25% of the biting dogs to just 7%. It was the first published report of a successful approach to managing dog aggression in a community.

Around twenty years later, a second successful approach to reduce dog bites and dog aggression was developed in Calgary, a city of one million people in Canada. The Director of Animal Services in Calgary had established a program to have all the dogs in the city licensed. (the city estimated they had managed to license over 90% of owned dogs when most communities rarely reached 50% licensing rates). The city had also established a set of rapidly escalating fines for owning dogs that engaged in aggressive acts. Dog aggression was defined broadly and ranged from dogs chasing people or animals to more serious bites and dog attacks. The approach focusing on the owners of aggressive dogs (rather than the dogs themselves) resulted in a steady decline in recorded dog aggression incidents despite the increase in the city’s human population (and hence the number of dog owners).

Calgary and Multnomah County are the only two communities that have reported a decline in dog aggression mediated by changes in public policy. Most communities have approached dog aggression by instituting breed bans. The academic literature examining the impact of breed bans has found that they are seldom effective in reducing dog aggression. The recent paper in Science indicates why this might be so. Genes govern canine physical traits (such as strength and build), but genes do not as heavily influence canine behavior. Environment plays a more significant role. Owners play an essential role in a dog’s environment and strongly influence a dog’s behavior. Thus, it is not a surprise that focusing on and influencing owner behavior might effectively reduce dog aggression and dog bites in a community.

During a follow-up dog aggression workshop in 1987 (a year after the first) by the Tufts Center for Animals, a veterinarian in Lynn, Massachusetts, noted that the number of Pit Bulls treated in his practice plummeted after the Lynn ordinance passed. However, the practice recorded a significant (and complementary) increase in Rottweiler numbers, another breed with a reputation for aggressive behavior.

Dr. Andrew Rowan launched the Tufts Center for Animals and Public Policy in 1983 and was its director until 1997.