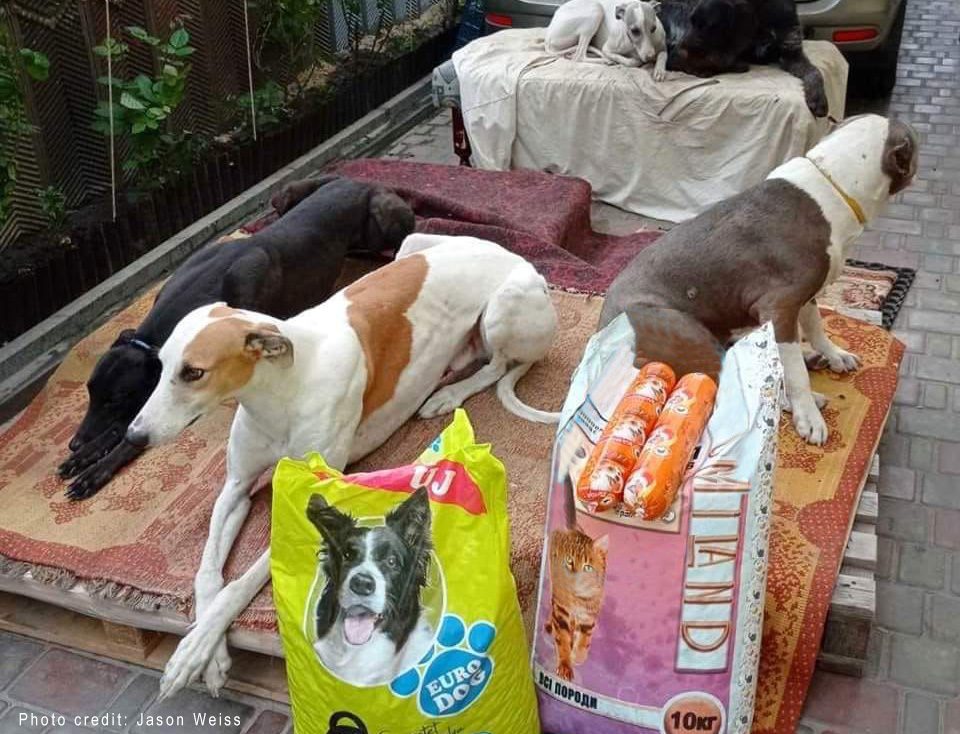 Jul 27, 2022 How People are Coping with the Ukraine Disaster

Posted at 14:18h By Kathleen Rowan

For the ordinary citizen living outside Ukraine and safely divorced from the direct effects of the conflict, the Russian invasion of Ukraine is an event that defies logic and leaves most feeling helpless. A few have taken active steps and volunteered to fight in Ukraine. Others have assisted groups providing humanitarian aid. In the countries bordering Ukraine, ordinary citizens have opened their homes to help refugees from the conflict. They have donated a significant amount of household goods to refugee centers along the Ukrainian border and in various European cities. Those further afield have provided support via their checkbooks or encouragement via social media. A few “action advocates” have braved the challenging security issues and personally delivered supplies to support the Ukrainian people and their animals. The following is a tale of two such advocates. 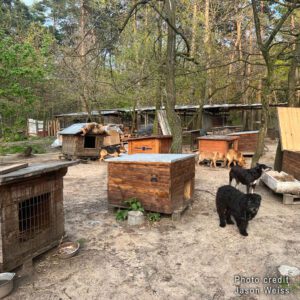 As the war in Ukraine unfolded, Jason Weiss and his son Jonathan from Los Angeles felt they had to do something to address the devastation suffered by the people and animals of Ukraine. After pre-arranging the purchase of a used Mercedes Sprinter-class van from an unaffiliated young American volunteer, they flew to Warsaw, Poland, in mid-May (with Ron, their friend from San Francisco), packing 18 duffel bags filled with various medical supplies, pharmaceuticals, and water filters. After picking up their van, they drove to the Polish border town of Przemysl, where they filled the van with canned food (for humans) and bags of dry dog food and proceeded to cross the border into Ukraine.

The duo initially planned to travel to L’viv in Western Ukraine, where the population had swelled by hundreds of thousands of refugees from Kyiv and Eastern Ukraine. L’viv served as the primary destination for western aid before it was distributed in smaller loads to the east and south because it is the closest major city to the western border of Ukraine. The city has not experienced direct fighting and has experienced relatively few missile attacks. 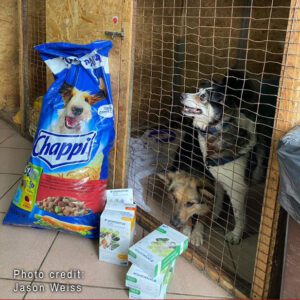 After spending a few nights in L’viv and attending meetings with other western volunteers and English-speaking Ukrainian professionals (such as a professor of medicine), they realized that the supplies they carried would be more valuable further east. The next day, they drove to the capital Kyiv after checking on the security situation. The suburbs surrounding Kyiv had been the focus of intense fighting at the beginning of the invasion, but the Russian forces had recently retreated from the area.

In Kyiv, they visited various animal rescue operations and distributed their supplies. Shelters were understaffed, food supplies for the animals were a constant concern, medical supplies were also in short supply, and the shelters were overcrowded. Families had often managed to take smaller pets along when they evacuated, but the larger dogs were a challenge because sometimes they were not permitted on public transport. The lucky ones were dropped off at a shelter, but others were left to roam. Jason and his son distributed their supplies as equitably as possible but were daunted by the overwhelming need. By way of example, one shelter they visited used approximately 350 pounds of dog food a day—meaning that the 1,000 pounds of dog food in the van, brought on top of their medical supplies, would only last for two to three days 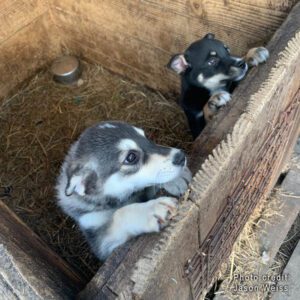 After a few days in Kyiv, they headed back to Poland, driving 12 hours to Krakow, where they donated their van to a young volunteer planning to transport supplies across the border between Poland and Ukraine. They then headed back to the United States. They have remained involved because of what they learned and the contacts made on the trip. For example, they recently sent 1,500 additional water filters to the professor of medicine they met while in L’viv. They donated these items because they were moved by the photographs they had received of soldiers on the eastern front line holding the water filter packages provided just four days before. The soldiers’ faces were blurred for security reasons.

WellBeing International applauds Jason and Jonathan Weiss for their efforts to help the people and animals of Ukraine. However, WellBeing International (WBI) cautions that there are risks for action advocates, even with careful planning. WBI also wants to recognize the many people who have opened their hearts, homes, and checkbooks and provided support through social media platforms. The world has, to its credit, rallied in support of Ukraine, but the damage from this man-made disaster will require long-term commitment, perseverance, and billions of dollars to address.

Learn more about and donate to WBI’s Ukraine Rescue, Relief & Rebuild Consortium (U3R) with partners, Save the Dogs and other Animals, Sloboda Zvierat, The Street Dog Coalition, Tigers in America, and WellBeing International.