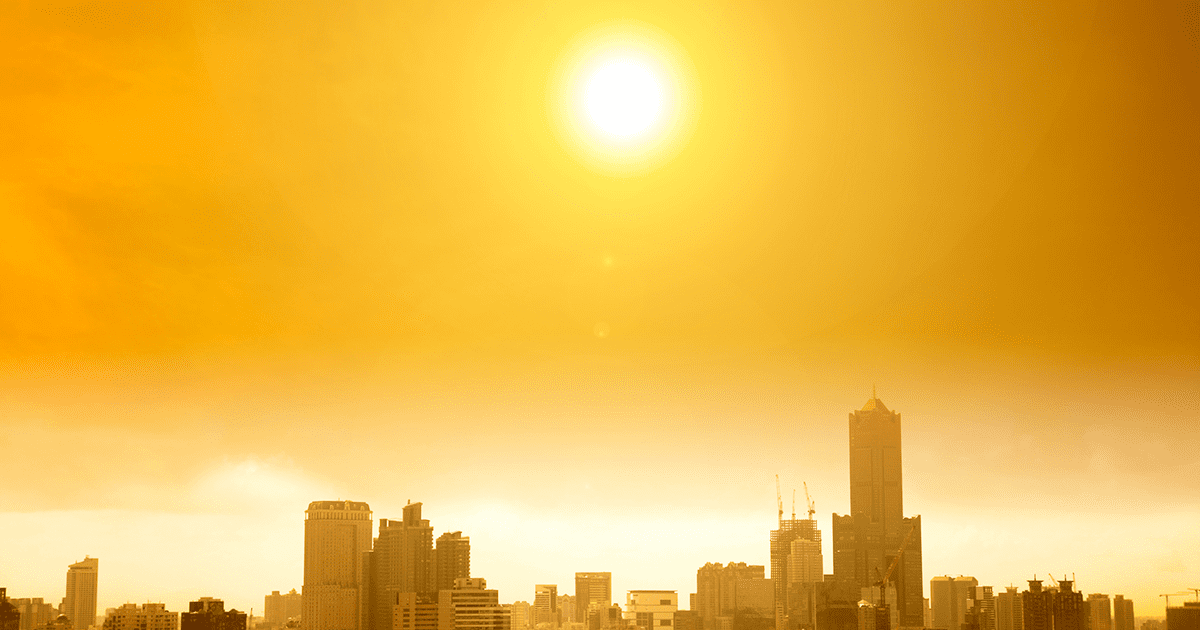 Under the 1992 United Nations Framework Convention on Climate Change (UNFCCC), the 27th Conference of the Parties (COP27) opened in Sharm el-Sheikh, Egypt, on November 6 and runs through the 18th. World leaders, climate campaigners, and climate stakeholders are gathered amid challenging world economic dynamics, including the global impact of Russia’s invasion of Ukraine, the resulting energy crisis in Europe, fluctuating energy prices, and ongoing extreme weather events. The individuals gathered in Sharm el Sheikh will be attempting to create a realistic path forward that has some chance of success in addressing climate change.

COP27 will involve nearly 200 countries amid multiple global crises. Each country brings its own culture, politics, and economic interests to the meeting as the negotiators attempt to chart a way forward to resolve an existential threat to our world. The world’s challenge at COP27 is further complicated by an array of contentious issues addressing mitigation, adaptation, finance, and collaboration. Can we expect progress at COP27 and move forward?

Recognizing that climate change was a critical concern, the UNFCC treaty was adopted at the 1992 United Nations Conference on Environment and Development (also known as the Earth Summit) in Rio de Janeiro, Brazil. By June 1993, 166 countries had signed the treaty, but it did not enter into force until March 21, 1994. The UNFCCC is an international environmental treaty that has as a major objective – “to achieve. . . stabilization of greenhouse gas concentrations in the atmosphere at a level that would prevent dangerous anthropogenic interference with the climate system” (Article 2). However, the original UNFCCC treaty did not legally bind signatories to reduce greenhouse gas (GHG) emissions and established no targets or timelines.

When the treaty was adopted in 1992, a UNFCCC secretariat was established in Geneva. In 1996, the secretariat was moved to Bonn, Germany, and currently provides analysis and review of climate change information reported by the parties to the treaty. It maintains the registry for Nationally Determined Contributions (NDCs – the targets to reduce GHG emissions volunteered by the different country signatories). The secretariat also organizes negotiating sessions and the annual Conference of Parties.

As of July 2022, the UNFCCC had 198 signatories, including all UN member states, UN General Assembly observers, the State of Palestine, and the Holy See (the Vatican).

This protocol was an addition to the UNFCCC international treaty. The protocol was adopted in Kyoto, Japan, in December 1997 and entered into force on February 16, 2005. Although its effectiveness has been questioned, the protocol called for reducing GHG emissions for 36 countries plus the European Union to 5.2 percent below 1990 levels during the initial “commitment period” from 2008 to 2012.

The Kyoto Protocol was a significant achievement because it established a concrete action plan, including specific targets, to address climate change. The Protocol operationalized the UNFCCC by establishing reporting, rigorous monitoring, and verification of reported targets. Compliance mechanisms were implemented to ensure transparency and hold the Parties accountable. Flexible market mechanisms were also proposed.

However, the Kyoto Protocol failed to reduce global temperatures. Several factors contributed to this outcome. First, the protocol’s emission reduction goals were not robust (and were not achieved) to affect global temperatures. Second, the protocol did not require reduction targets for developing countries. This omission meant that China, currently the world’s largest emitter of GHG, was not bound by the protocol due to its developing country status. Third, the United States, the second largest emitter of GHG, did not ratify the protocol and therefore was also not bound by the protocol.

The Doha Amendment to the Kyoto Protocol extended the commitment period from 2012 to 2020. However, the mandated minimum number of states for acceptance was not reached until October 2020, and the amendment did not enter into actual force until December 31, 2020, the date when the second commitment period ended.

The Paris Agreement was adopted at COP21 on December 12, 2015, by 196 Parties and entered into force on November 4, 2016. [Full Paris Agreement Document]. The Agreement is widely viewed as a landmark international treaty addressing climate change. It brings all nations under one umbrella to confront and mitigate climate change and adapt to its effects. It is rare for all countries worldwide to achieve consensus on a specific topic. However, in Paris, the world collectively agreed that human behavior is driving climate change, that it is an existential threat to the environment and all of humanity, and that global action is needed to address the issue. The Paris Agreement also created a clear framework for all countries to establish verifiable emission reduction targets and to strengthen those actions over time.

The Paris Agreement is a legally binding international treaty with 194 Parties (193 states and the European Union) joining the Agreement. Operational details for the practical implementation of the Paris Agreement were agreed upon at COP24 in Katowice, Poland, in December 2018 and finalized at COP26 in Glasgow.

The Agreement’s long-term goals include:

Under the Paris Agreement, Nationally Determined Contributions (NDC) are mandatory, non-binding national climate action plans detailing targets, measures, and policies to reduce a country’s GHG emissions and address climate change impacts. Signatories of the Agreement must prepare, communicate and maintain these NDC plans. These plans are required to be updated every five years. The USA’s NDC target is a 50-52 percent reduction from 2005 levels in economy-wide net GHG pollution by 2030.

In 2021 at the COP26 UN Climate Change Conference in Glasgow, UK, various pending items from the Paris Agreement relating to market mechanisms and non-market approaches, financing for climate adaptation, and transparency and reporting were approved, and country negotiators agreed to be more ambitious in their NDCs.

Several terms, such as mitigation, adaptation, loss and damage finance, and specific issues, are sprinkled through discussions about climate change and ways to address its challenges.

Mitigation refers to efforts to reduce the emissions of GHGs into the atmosphere or remove GHGs from the atmosphere via appropriate “sinks.” (For example, the oceans and forests remove and store excess CO2.)  Under the Paris Agreement, each country is expected to prepare an NDC climate action plan setting targets for reduced emissions and possible GHG removal. During COP26 in Glasgow, 193 countries agreed to strengthen their NDC goals. However, only 26 have done so to date. According to the UN, if all countries were to meet their currently stated NDC goals, we would still see a 2.60C rise in temperature by 2100.

Adaptation: As the world’s climate changes, countries must adapt to the new climate. These changes will include addressing sea level rise, extreme weather events, changing agricultural productivity, and resulting food system challenges. Countries will have to develop specific plans to address such changes.

Loss and damage finance: The UN has proposed that wealthier industrialized nations should compensate poorer and climate-vulnerable nations for the costs already incurred due to climate change. Proponents argue that less developed countries have emitted far less GHG. This issue has been very contentious, but will no doubt again be forcefully raised during COP27 following the devastating floods in Pakistan earlier this year and the crippling heat waves in other parts of the world.

Climate Finance: In 2009, developed countries promised to mobilize $100bn a year by 2020 to support developing countries’ initiatives to address their development plans without increasing emissions of GHGs. This promise has not been kept. COP27 will have to address various aspects of climate finance, including how it should be measured and what form of aid (e.g., grants versus loans) should be emphasized. Climate finance provided as a loan will increase the debt burden of the developing country.

Major Global GHG Emitters: According to the UN, the top seven global GHG emitting countries, who are annually responsible for 50% of all GHG, are in order of total emissions – China, the US, India, the EU, Indonesia, the Russian Federation, and Brazil. An additional thirteen countries (in addition to the seven mentioned) account for 75% of total emissions. A closer focus on these twenty countries and their NDC pledges could significantly impact GHG reduction.

Global Methane Pledge: The United States and the European Union announced the Global Methane Pledge at a September 2021 Major Economies Forum and then launched it at COP26. To date, over 120 country signatories have voluntarily pledged to take action to reduce methane emissions from energy, agriculture, and waste sources. However, the top three methane emitters – China, Russia, and India – have not signed the commitment. It should be noted that methane is about 25 times more effective in trapping heat compared to CO2, but has a half-life of around nine years.

As noted on the Global Methane Pledge’s web page:

“[M]ethane is a powerful but short-lived climate pollutant that accounts for about half of the net rise in global average temperature since the pre-industrial era.”

“Rapidly reducing methane emissions from energy, agriculture, and waste can achieve near-term gains in our efforts in this decade for decisive action and is regarded as the single most effective strategy to keep the goal of limiting warming to 1.5˚C within reach while yielding co-benefits including improving public health and agricultural productivity.”

NASA has a short instructive video illustrating where methane emissions (shown in orange) are occurring around the globe. The Global Methane Pledge promises to be an important development in mitigation strategies.

While climate change is an existential challenge for life on Earth, developing practical approaches that address the challenge is extraordinarily complex. Around 200 “actors” with strong opinions and urgent needs must be heard, considered, and accommodated in any proposed “solution.” The global politics and negotiations addressing climate change are largely opaque to the average citizen, while the proposed financial needs are enormous. For most of us, climate change involves a challenging mix of numbers, remote global politics, and dramatic weather events.

The tremendous challenge of organizing the world around a way forward on the climate change crisis only adds to one of the most significant risk factors facing the climate challenge: time. Thirty years have passed since the establishment of the UNFCCC, and emissions are still increasing. While tremendous progress has been made, the world cannot afford to continue along such a timeline. We need results now.

Time-sensitive strategies should be added to the current mix. For example, targets for the top twenty emitter countries that account for 75% of the GHGs should be strengthened, requiring a shift to renewable energy sources should produce beneficial changes more quickly. The Deloitte Economics Institute reported in 2022 that immediate action by the US to move to a greener economy would generate tremendous long-term net benefits for the country. The same outcome would be true for the other countries that are significant emitters of GHGs.

In addition, the Global Methane Pledge could also provide time-sensitive results. This Pledge has garnered widespread support, is narrowly focused on methane with its short half-life in the atmosphere, and has an established reporting system. If the Pledge is aggressively implemented, it should produce benefits quickly.

In dealing with climate change, no country is an island. We must find a way to work together and move forward.