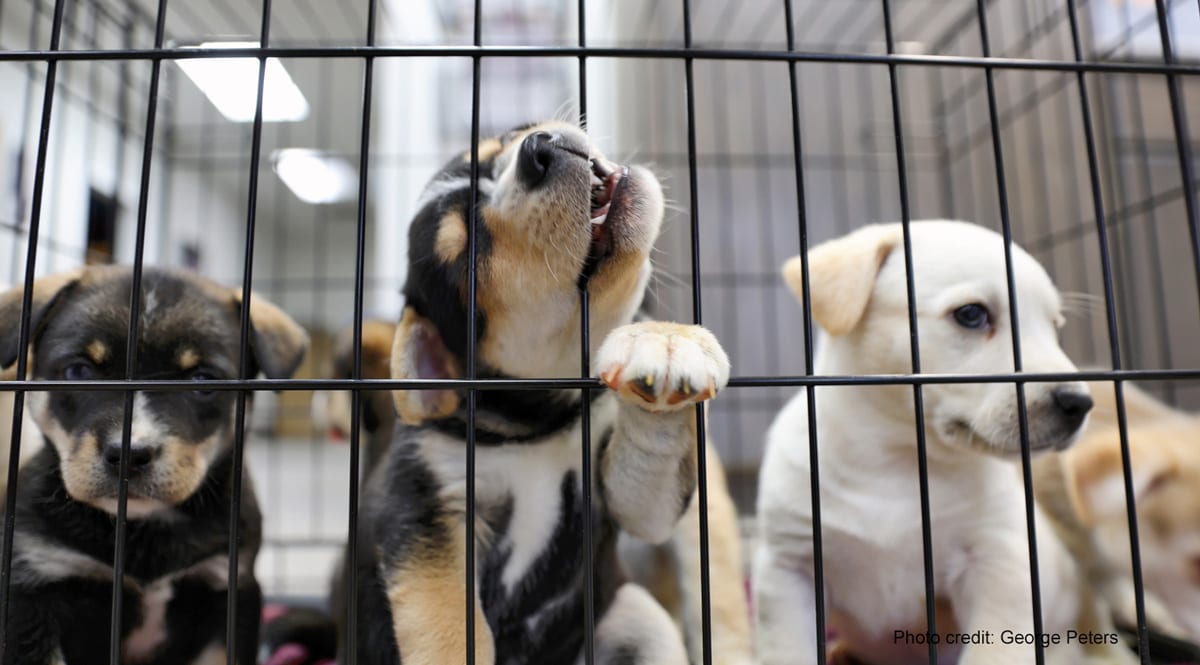 Feb 26, 2021 Companion Animal Demographics: When Are They Good Enough?

There is minimal careful analysis of gross companion animal demographics and of the trends in animal shelter intake and outcome. The best current estimate of the USA dog and cat population is 135 million from a survey conducted every five years. Several other national surveys of companion animal demographics are reported annually and biennially and one of these produces a dramatically different estimate (around 180 million). But there is very little careful analysis of or commentary on these differences nor, until very recently, the trends in national animal shelter intakes and outcomes. The first systematic attempt to track national animal shelter intakes and outcomes was launched just a few years ago (Shelter Animals Count – SAC). In the meantime, the media and animal advocacy organizations continue to report numbers and trends that have little factual basis. The following two cases indicate how little attention is paid to the available data on USA pet demographics.

Adoptions of Pets During the Pandemic

During 2020, there were numerous media stories about an increase in the adoption of pets from shelters and rescues as well as the increased demand for puppies sold by pet stores. Such stories came from all over the world but, with the availability of American adoption statistics for 2020 from the SAC and the shelter software company PetPoint, it is now evident that the actual number of adoptions from shelters and rescues declined in 2020 (see Table).

Nonetheless, other reports indicate that households may have added more animal members to their ranks during 2020. Banfield, the chain of veterinary clinics (over 1,000 in North America), reports that pet visits to Banfield clinics increased by around 500,000 in 2020 compared to 2019 (maybe a 5-7% increase). The number of juvenile dogs and cats visiting their clinics increased by 9.2% and 12.4% respectively compared to 2019 and visits by puppies and kittens increased by 14.3% and 20.4% respectively. According to Banfield, this was the first increase in the percentage of juveniles seen in their clinics in ten years.

The number of young dogs and cats entering USA households has been declining for the past three decades (since 1986) according to surveys conducted every five years by the American Veterinary Medical Association. 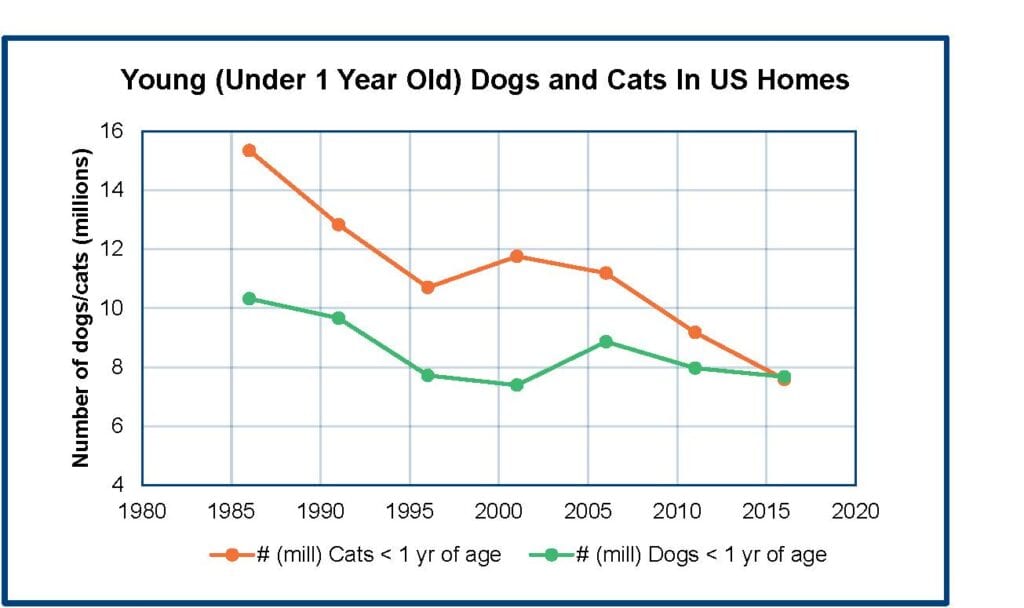 Source: Surveys by the American Veterinary Medical Association every five years from 1986.

It is not clear why the proportion of juvenile dogs and cats in homes is declining. One possible conclusion is that the supply of puppies and kittens has been declining because of increasing rates of sterilization of pet dogs and cats and outdoor strays. It could be that the decline in the juvenile pet dog and cat population is an indication of a steadily increasing commitment by households to care for their companion animals. In the last decade, the number of animals entering shelters has declined as shown in the chart below. Excluding 2020 during which there was much lower overall dog and cat intake, owner surrenders of dogs and cats declined by 36% (cats) and 34% (dogs). In addition, stray intakes declined by 20% (cats) and 19% (dogs). Despite declining intakes, the number of dogs and cats returned to owners increased. While we do not know why these trends are occurring, one could argue that owner “responsibility” and/or commitment is increasing. 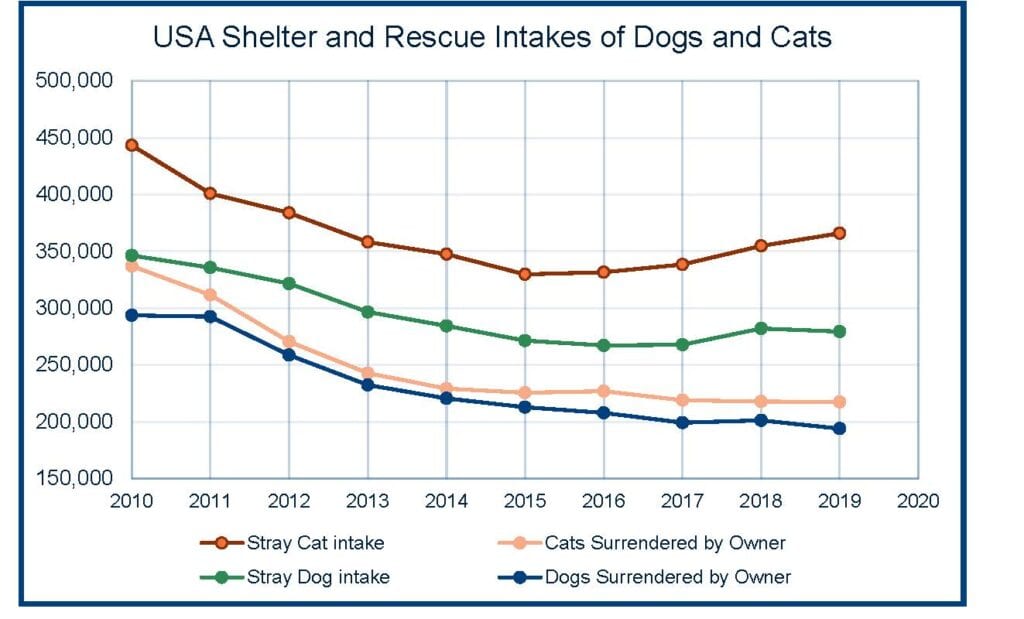 The available data on pet dog and cat demographics provide clear evidence of changing (improving) human-companion animal relationships in the United States. In 1950, approximately one-third of all dogs in the United States were strays. Today, only about 1% of dogs are strays and cat intake into many shelters is a fraction of what it was in the early 1970s. Shelters have become much better at collecting and using intake and outcome data but almost none have made any effort to detail the demographics of dogs and cats in the communities they serve. If shelters are to become community animal care centers, then they need to look outward as well as inward.