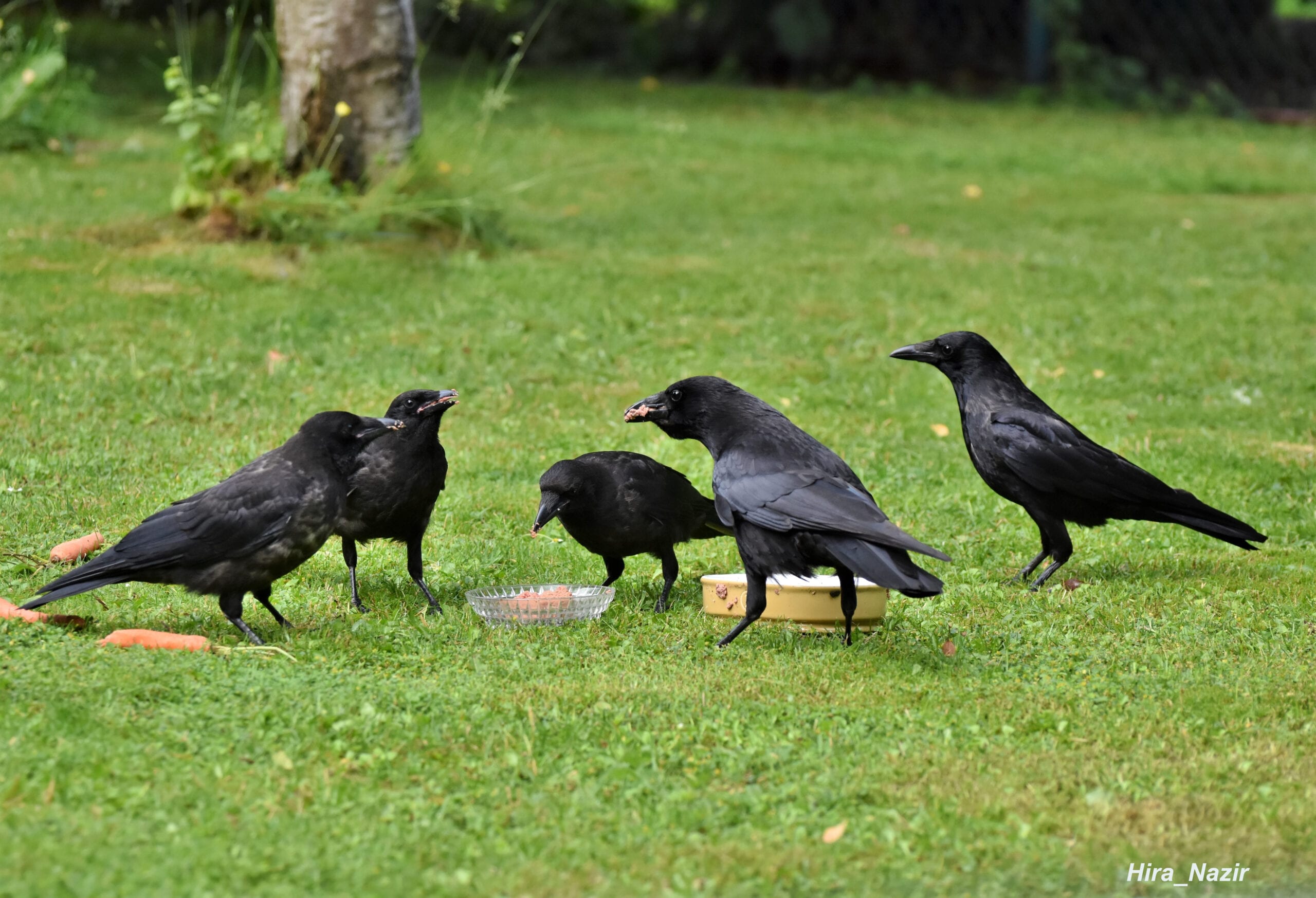 Following the recommendations of our esteemed colleague, Dr. Alan Kazdin, who has written in a previous WellBeing newsletter about the importance of being in natural settings for human mental and physical health, we bring you a tale about a relationship that has developed between one of our Global Ambassadors, Jennifer Sullivan, and a “family” of crows in Lenox, Massachusetts.

Jennifer moved to Lenox, Massachusetts in 2018 where she bought a condo in a development with extensive natural areas. During the current lockdown, she is taking daily walks and, at some point, drew the attention of a family of crows. They must have recognized via some special “crow sense” (crows are very clever birds) that she could be a source of treats. [Jennifer has befriended street dogs across the world and always remembers to produce treats when she is in town.] 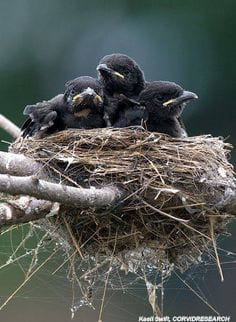 Jennifer comments that the crows have learned to “adjust to my schedule.” Initially, the crows started following her on her daily walk. When Jennifer adjusted her schedule to twice a day walks, her extended crow family did likewise.

Jennifer’s first walk of the day is in the morning and the crow family is often waiting for her to emerge from her usual exit door. Her second walk of the day may not be as regular as the first but the crows are either waiting at the door or find her during the walk. She hears lots of cawing, “which is probably a sentry telling dad that I am out.” Now that it is warmer, she walks earlier in the day and they have figured this out as well. In fact, they sometimes see her through the glass corridors on her way outside and hop along outside as she makes her way to the exit door essentially saying, “come on outside.”

Initially, she says she was joined by “the daddy crow and his mate, just a little smaller than him.” At the moment, Jennifer believes the female must be at the nest with the infant crows while the male is bringing what appears to be two smaller crows, possibly teenage or college aged crows. She is pretty sure these are the kids from last year as a Google search indicated that the kids stick around for a year and help the parents with the next brood. As she commented, “strong family units just like many people!” 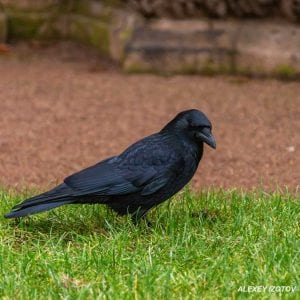 She has observed the male teaching the smaller crows how to beg for nuts, which involves flying low in front of her and then landing in a nearby tree where they want to be fed. She puts the nuts down near the tree trunk and then steps away while they hop down to get the nuts. This has been going on for a few weeks now. Jennifer describes the male often standing back on the lawn and observing the youngsters begging before offering critiques and advice. But the male will always come and visit her personally at least once during the walk. She recognizes him because he has one rumpled and bent feather. The crows recognize her even when she is wearing sunglasses as well as a hood or hat, so she believes they clearly are recognizing her face [research indicates that crows can distinguish between people – an important trait in a human-dominated ecosystem because some people will provide food whereas others may seek to harm them]. Recently, Jennifer was wearing a mask but, even then, the crows recognized her. The female has now rejoined the group together with several other crows which, Jennifer believes, may be the latest babies to fledge.

“Jennifer’s” crows do not follow anyone else. If she is walking alone, they are the friendliest, but they seem to trust that when she is walking with someone else, that they can trust the additional person as well, but they are a little more cautious. She believes that they are really helping her through this lockdown since even when she does not feel like walking, she walks anyway so as not to disappoint them.

Let us leave the final comment on the relationship between Jennifer and her crow family to corvid expert, Boria Sax (author of the volume Crow, published by Reaktion Books in 2003 and several other subsequent volumes on birds).

“If human beings can be accused of exploiting other animals, the reverse is usually the case as well. Rats thrive on human refuse, but they do not care in the least about human beings. Our relationship with the dog is arguably the most intimate of human bonds, and it is far too complex to be subsumed under the heading of “domination,” but the physical and psychological exchange at least hints at a sort of mutual exploitation. But our relationship with crows and their close relatives is clearly reciprocal. We study them, as they, perched on a branch above, constantly study us. Perhaps alone among animals, crows find us interesting, and they are able to read human body language as well as dogs. Crows scold people they do not like and bestow gifts on those they do. Groups of crows can also enter into “personal” (maybe we should say “corvid.”) relationships with individuals, families, and communities.”