Posted at 09:17h By Andrew Rowan, DPhil
This month, delegates from around the world will gather in Geneva to attend the 18th Conference of Parties (COP) of the Convention on International Trade in Endangered Species of Wild Fauna and Flora (CITES). The COP is the triennial CITES meeting attended by representatives of all the member states as well as a host of other stakeholders. At the COP 17 in Johannesburg in 2016, the representatives passed a resolution calling on countries to phase out their domestic ivory markets, resisted a request from China to permit a trade in tiger parts and derivatives, up-listed all eight species of pangolins and, for the first time, acknowledged the role of corruption in undermining CITES compliance and enforcement. An article in this newsletter by the Born Free Foundation’s Head of Policy, Mark Jones, discusses some of the issues that will be raised at COP 18. In the rest of this letter, attention is drawn to an exciting new initiative in Zimbabwe where teams of female rangers are having success in reducing poaching.
Damian Mander, formerly an Australian special forces soldier, is one of a number of people with military training who has recently transitioned out of the military and into anti-poaching activities in Africa. However, his approach has an interesting twist. He is now in Zimbabwe training teams of female rangers in anti-poaching tactics. The rangers are known as the Akashinga (brave ones) and they operate in the Phundundu Wildlife Area in the Lower Zambesi Valley (see map for its approximate location). The first graduates of the ranger training started patrols towards the end of 2017 and have been very successful. They have made more than 70 arrests without firing a single shot and have been able to de-escalate situations and use non-lethal force to resolve conflicts. 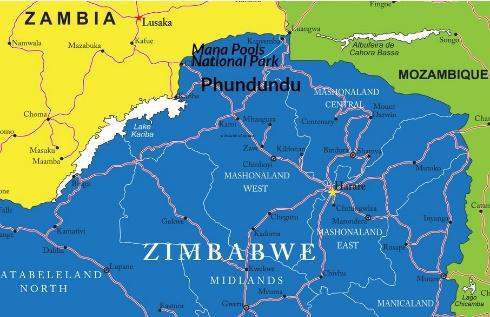 Phundundu is part of a quilt work of unfenced wildlife areas in the Lower Zambesi River Valley.

Phundundu is part of a quilt work of unfenced wildlife areas in the Lower Zambesi River Valley involving national parks (e.g. Mana Pools National Park to the north) and neighboring wildlife safari concessions. Due to poaching pressures, wildlife had moved out of Phundundu. Wildlife is now returning to the area and the rangers now expect to see wildlife or signs of wildlife on every patrol (as opposed to once a week when they started).

Note: Wednesday, July 31, was World Ranger Day. Spare a moment to support the Akashinga and other brave wildlife protectors across the world.
Print page