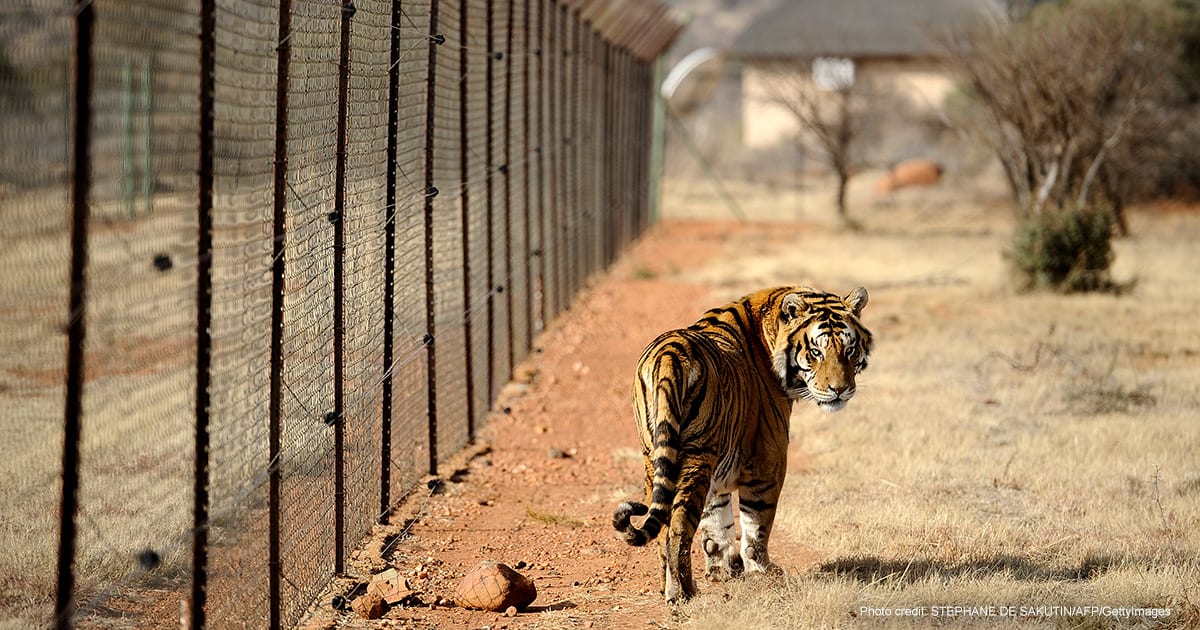 Jun 28, 2021 South Africa Moves to End Captive Breeding of Wildlife. Some Thoughts from the Chinese Experience

South Africa occupies an ecologically strategic position in the world. Like China, it has rich biodiversity and has been building its reputation as a favorite wildlife tourist destination. But it has also attracted its share of wildlife traders, poachers, and trophy hunters[1]. South Africa’s own policies had allowed the development of extensive captive breeding of wildlife and the commercialization of captive-bred lions, lion parts and derivatives and parts from other iconic species such as rhinos, leopards and elephants. These activities could not but help attract these people who engage in wildlife profiteering. However, on May 2 this year, South Africa’s Ministry of Forestry, Fisheries and the Environment made public a High Level Panel (HLP) report officially recommending an ending of captive lion (and other large cats) breeding, signaling a reversal of the previous policy. As a researcher studying China’s wildlife policy and its role in stimulating the captive breeding of wild animals, I hope South Africa can turn the HLP recommendation into actual policy in the interest of South Africa’s reputation as a promoter of wildlife conservation, and of global public health.

Captive breeding programs have often been justified on the basis that such programs support wildlife conservation. This claim lacks supporting empirical data. China’s captive breeding operations have most certainly failed to accomplish such alleged conservation goals. Hong Kong’s South China Morning Post summarized the scale of China’s wildlife breeding operation based on a study supervised by Ma Jianzhang, academician of the Chinese Academy of Engineering. The visual summary shows that China had a captive wildlife breeding operation that generated a revenue of $74 billion in 2016 (greater than the GDP of over half the world’s nations). Captive wildlife breeding in China involves more than 200 species, including Asiatic black bears, tigers, rhinos, Yangtze alligators, forest frogs, salamanders, snakes, pangolins, and many others. While the number of captive breeding operations has increased, China’s biodiversity has continued to decline according to a recent study sponsored by China’s Ministry of Environmental Protection and Chinese Academy of Sciences.

Bear farming is China’s most controversial captive-breeding operation but is zealously defended by the country’s wildlife business interests as a conservation friendly initiative. However, field studies by Chinese scientists have rejected the claim. Northeast China is one of the regions with a concentration of bear farms. Yet, in this region, the wild population of Asiatic black bears dropped by more than 93.4% while the wild brown bear population dropped by 38.8% between 1986 and 2010.[2]

Captive-breeding could in fact worsen the crisis of declining populations of animals in the wild. Traditionally, hunters only targeted adult or full-grown animals that could be traded right after capture. However, with the advent of captive-breeding operations, hunters could now make money by catching young animals that could be laundered through captive-breeding operations. Even eggs are now fair game for breeders who also have hatching and fattening operations. Captive-breeding thus gives rise to a situation that can wipe out certain species, such as snakes and forest frogs, in an indiscriminate fashion.[3]  A decade ago, an explosion of billions of mice on a section of the bank along the Dongting Lake in Central China’s Hunan Province was reportedly a consequence of the disappearance of snakes and other natural mouse predators that were caught and sold via commercial wildlife operations.[4]

The claim that wildlife farming helps meet consumer demand while reducing pressure on species in the wild is also a fallacy. Some members of catering businesses, traditional Chinese medicine (TCM) practitioners and TCM drug makers continue to claim that products sourced from wild-caught animals have properties that captive bred animals do not, thus perpetuating the myth of the alleged healing power of wild animals and their derivatives. In addition, products from captive-bred animals are sold as coming from wild-caught animals to fetch higher prices. Deceptive stratagems like this reinforce the belief that parts from animals caught in the wild are more precious.

Other claims by China’s wildlife business interests are also questionable. Captive breeding is defended as good for economic growth, for fighting poverty, and for public health. However, the revenue of $74 billion reportedly generated by China’s wildlife captive-breeding industry was a drop in the ocean (around 0.7%) of the country’s $11.3 trillion GDP in 2016 (the second largest in the world). The 14 million people employed in the operation represented about 1.6% of China’s total labor force. However, a considerable number of these 14 million workers were part-time, seasonal, and hourly workers. China’s bear farming has saturated Chinese markets with surplus bear bile. The pressure to stay profitable has led bear farmers and their allies in the Chinese government and in academia to promote the bear bile drug as a remedy for SARS and for COVID-19 (https://www.nationalgeographic.com/animals/article/chinese-government-promotes-bear-bile-as-coronavirus-covid19-treatment) .[5] The claim that a TCM drug containing bear bile is an effective treatment for COVID-19 patients and for public health is hugely controversial.

Perhaps the HLP report released by South Africa’s Ministry of Forestry, Fisheries and the Environment will lead to encouraging developments in South Africa and constraints on captive wildlife breeding. The Covid pandemic is a warning for the world. Captive wildlife breeding can provide a hotbed for zoonotic disease outbreaks. With all the environmental challenges facing the globe today, we should do what we can to diminish future risk.

Peter J Li, Ph.D, is an Associate Professor of East Asian Politics at the University of Houston-Downtown. He can be reached at lip@uhd.edu.

[5] For the story on a bear farmer’s effort to promote her bear bile drug as a remedy to fight SARS, see Kang J (2003). This is how a million-yuan advertisement was conducted: a special advertisement design at the time of SARS. Blog post, https://bit.ly/36bElnX.