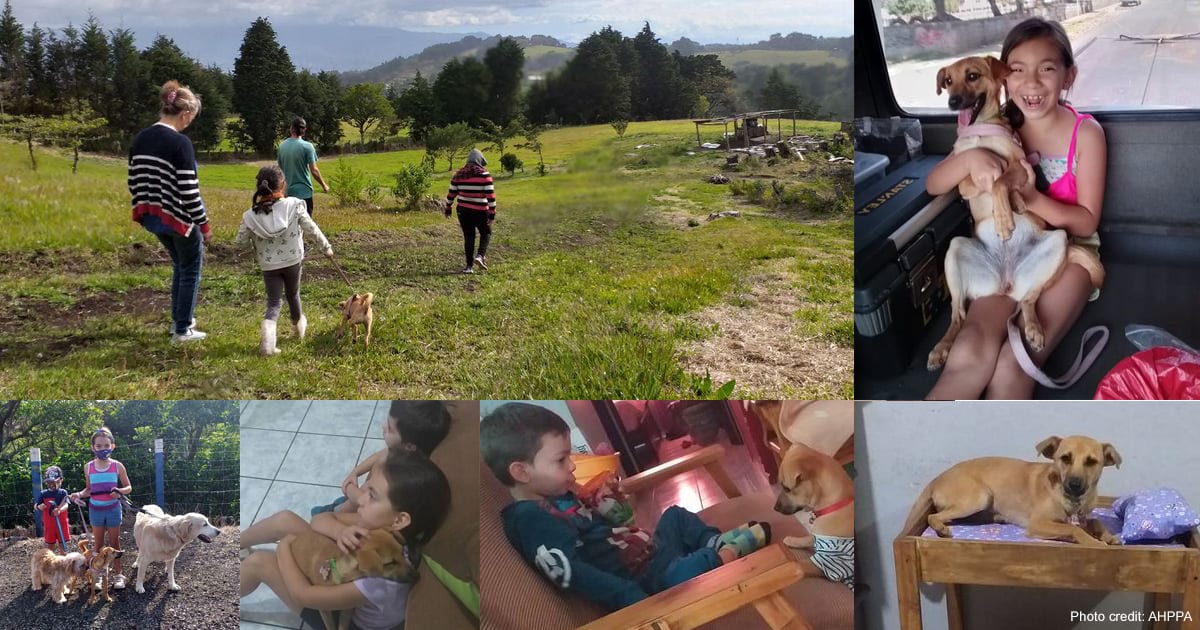 Posted at 17:15h By Kathleen Rowan

The lead photographs for this story show Brianna, 7 years old, with the family’s new dog, Lulu, adopted from the local shelter, Asociacion Humanitaria Para la Proteccion Animal de Costa Rica (AHPPA). According to Brianna’s mother, “Brianna is the faithful lover and defender of animals and was very happy to see the photograph of herself with little Lulu. They are just like twins. They do everything together.”

The family also has two other dogs, 13-year-old Zeus and 7-year-old Mechitas but, according to them, “Lulu became our “cherry on the cake.” She has a very funny personality and loves to go for walks with us everywhere.” This very close bond between a human and a companion dog is becoming much more commonplace in Costa Rica.

A WellBeing International survey in Costa Rica carried out last year revealed that the proportion of homed dogs sleeping indoors at night had jumped from 27% in 2003 to 66% in 2020. In addition, the proportion of homed dogs who were sterilized jumped from 18% in 2003 to 62% in 2020. These are huge changes in societal behavior to take place over just a few years (seventeen).

Our Costa Rican partner, AHPPA, has been adopting out many more dogs as pets in the past few years. In the last four years, AHPPA has adopted out an average of 5,000 animals a year, more than double the annual number in the years before 2016. According to Lilian Schnog, Founder & President of AHPPA, “the stories personified by Brianna and Lulu are the moments that make all the challenges of running an animal shelter worthwhile.”