Posted at 06:45h By Andrew Rowan
Dog Is Love: Why and How Your Dog Loves You (2019) by Clive D.L. Wynne.
Houghton Mifflin Harcourt.
How Dogs Love Us: A Neuroscientist and his Adopted Dog Decode the Canine Brain (2013) by Gregory Berns,
Amazon Publishing.
The Genius of Dogs: How Dogs Are Smarter Than You Think (2013) by Brian Hare and Vanessa Woods.
Plume.
Reviewed by Andrew Rowan – There is no shortage of books on dogs and their behavior. The average bookstore will have several shelf-feet of books on dogs. However, there has been (until recently) a shortage of books that explain dog behavior and enlarge our understanding of dogs. That is no longer the case with books written or edited by James Serpell (The Domestic Dog, 2nd Edition, 2017), Ray and Lorna Coppinger (What is a Dog, 2017) and Mark Derr (How the Dog became the Dog, 2012) to name some of the more significant. 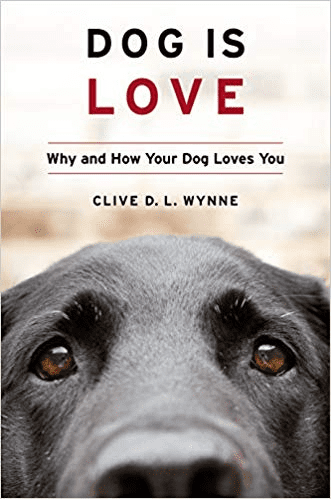 The latest volume in this genre by Professor Clive Wynne (Dog is Love, 2019) seeks to understand why dogs have evolved to behave as they do and why they form such strong attachments to humans. Dr. Wynne, currently the Director of the Canine Science Collaboratory at Arizona State University, mentions the work of many canine scholars in the book and I have chosen to pair his book with two others that feature in his analysis – the books by Brian Hare and Vanessa Woods of Duke University (The Genius of Dogs, 2013) and by Gregory Berns of Emory University (How Dogs Love Us, 2013).
Every dog owner would like to know what is going on behind the eyes of their dog when he or she tilts its head just so and gazes at you with those “puppy eyes”. But few of us have the knowledge and resources to explore this question. Among them, these three books take us “behind the scenes” on a fascinating (if at times rather technical) adventure to learn what recent scholarship has done to elucidate what dogs are thinking. The journey also takes us into earlier research conducted by the Russian scientists Ivan Pavlov and Dmitri Belyaev from the first half of the 20th century who introduced us to conditioned salivary responses in dogs and the impact on fur foxes of selecting for just a single behavioral characteristic (approach to humans) respectively.

The interested reader should start with The Genius of Dogs by Brian Hare and Vanessa Woods who have set up a Dognition project at Duke University where they recruit dogs and their guardians to participate in studies on canine cognition. This book also includes a first-person account of working with the fur foxes that Belyaev and his associates had domesticated within 25 generations (a very short time) simply by selecting those foxes which were more tolerant of human presence to interbreed. The control group of foxes remained very fearful of humans, but the experimental group showed many dog-like traits including floppy ears, tail-wagging in the presence of humans and proto-barking. Hare and Woods take us on a fascinating exploration of dog (and ape) cognition and domestication but I suspect that most dog owners will find the last section of the book the most interesting of all. In this section, they examine dog breeds and the behavioral traits that are (or are not) associated with different breeds. 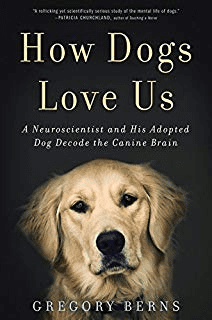 The reader should then proceed to the book by Gregory Berns (who holds the chair in Neuroeconomics at Emory University – who knew there was even such an academic area?). Dr. Berns is an expert in functional Magnetic Resonance Imaging (fMRI) as a way of investigating what parts of the human brain are active when people are making economic decisions. But Dr. Berns is also a dog lover who decided he would like to learn what his dog Callie is thinking. This led him to seek out a dog trainer to help him train Callie (and other dogs with their owners’ permission) to sit perfectly still in an MRI machine despite the noise associated with the scans. In the end, they were able to train a number of dogs to perform this feat. They demonstrated via a serious of ingenious experiments that the reward circuits of the brain light up in the presence of the dog’s guardian and that the strength of the response appeared to be associated with the level of the dog’s attachment to the owner when compared to the dog’s focus on a food reward.
The most recent book to be published, Dog is Love, is by Professor Clive Wynne. He takes us through many of the same topics and historical developments that Hare and Woods describe but disagrees with some of their findings as regards the differences between wolves and dogs. Wynne also looks into the Williams-Beuren syndrome in humans. This syndrome results in humans who are hypersociable and very gregarious. It turns out that some of the genes involved in this syndrome also appear to differ in wolves (who are not particular interested in being near humans) and dogs (who are very attracted to humans). This research is still at a very early stage but the results to date back up Wynne’s title – Dog is Love!
All three books are part memoirs, part scientific detective story, and part calls to action. They can be read as adventure stories but will reward the additional effort put into understanding the different approaches taken by the four authors. They will almost certainly change the way you look at your canine companion and deepen your understanding and appreciation of the bond.
Print page