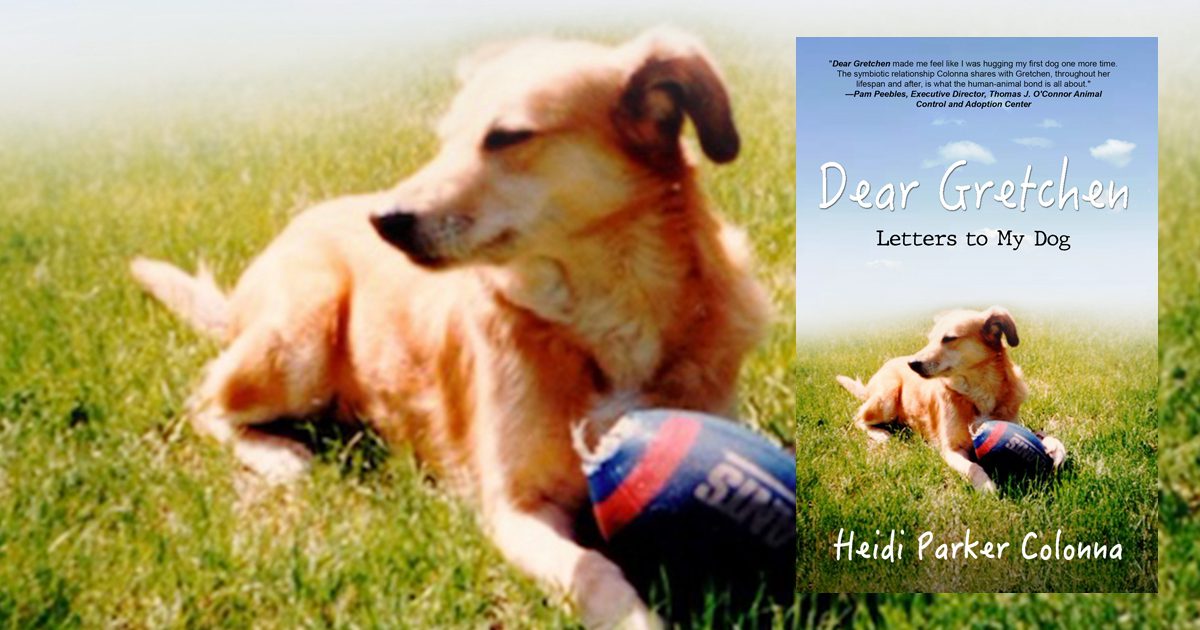 People have been writing epitaphs and memorials to companion dogs for millennia. Perhaps the best-known epitaph to a dog is the one Lord Byron wrote for his Newfoundland, Boatswain.

Near this Spot
are deposited the Remains of one
who possessed Beauty without Vanity,
Strength without Insolence,
Courage without Ferosity,
and all the virtues of Man without his Vices.
This praise, which would be unmeaning Flattery
if inscribed over human Ashes,
is but a just tribute to the Memory of
Boatswain, a Dog
who was born in Newfoundland May 1803
and died at Newstead November 18th 1808. 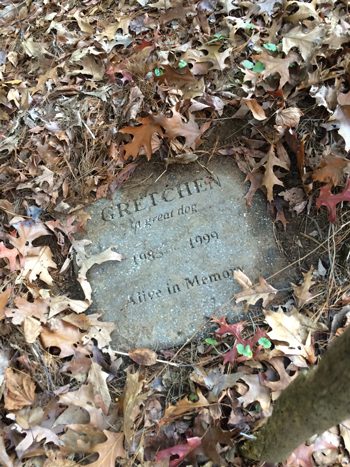 The major drawback to letting a dog into one’s heart is the inevitable heartbreak that will arrive when the dog dies. People live for 70 or more years on average, and dogs seldom live for more than 15. According to the American Veterinary Medical Association surveys, only 2% of dogs live more than 15 years.

Heidi Parker Colonna has now produced a relatively short (118 pages) and poignant book about her dog Gretchen who came into her life when she was nine years old and was there for the next fourteen years of her life. When Gretchen died, Heidi penned a letter to her childhood companion describing what Gretchen had meant to her. Then, she folded the letter into a paper triangle, wrapped it with tape, and dropped it into Gretchen’s grave dug behind a woodpile at the edge of the woods. Heidi was twenty-four years old when this happened.

According to the book, Gretchen broadcasts a strong sense of peace to any room she graced with her presence and accepted treats and love from just about anybody. According to Heidi’s farewell letter of July 2, 1999, to Gretchen, “nothing felt better than showering my love on you… Lying next to you is the greatest peace on earth. So much love, and we never had to say a word.”

Five years later, Heidi visited her mother (who is also a powerful presence throughout the book) on her birthday and took the opportunity to visit Gretchen’s grave and place a yellow flower under the words “Alive in Memory” on the grave marker. Then, as she was walking back to the house, her mother shouted to her to come back into the house. She told Heidi that she had seen Gretchen walking next to her, prancing, and looking up at Heidi as she always did. In silence, Heidi absorbed the implications of her mother’s vision and realized that Gretchen was still with her.

Heidi has been an animal advocate all her adult life. She was in one of the first cohorts of students who passed through the Tufts Master’s degree on animals and public policy and then went on to become deeply involved in humane education. Who knows whether Gretchen was a significant influence in her choice of career? It was my privilege to be part of Heidi’s education and career and to be now privy to her thoughts and early influences through this book. Anybody who has lost a pet will gain comfort and peace from this book.