For the past two months, the news has been full of stories about the fires in Australia. Australia has always had to deal with fires but recently they have been different in both magnitude and intensity. To date, with at least six weeks of fire season still to go in New South Wales (NSW), Victoria and South Australia, over 8.5 million hectares have been scorched by fire (more than fifty times the area burnt by California’s wildfires in 2019). In NSW alone, almost 5 million hectares have been burned. There have been only four years since 1970 when more than a million hectares burned in NSW (1974/5, 1984/5, 2001/2 and 2002/3). There have also been more pyrocumulonimbus clouds (thunderstorms generated by the fire when it is very hot and very intense) and fire tornados. Fires are unpredictable and each year brings a different range of fire hazards to Australia. But the fire season this year is, by all accounts, unprecedented. The fear is that it is a forerunner of a new normal as the globe heats up and parts of it dry out. 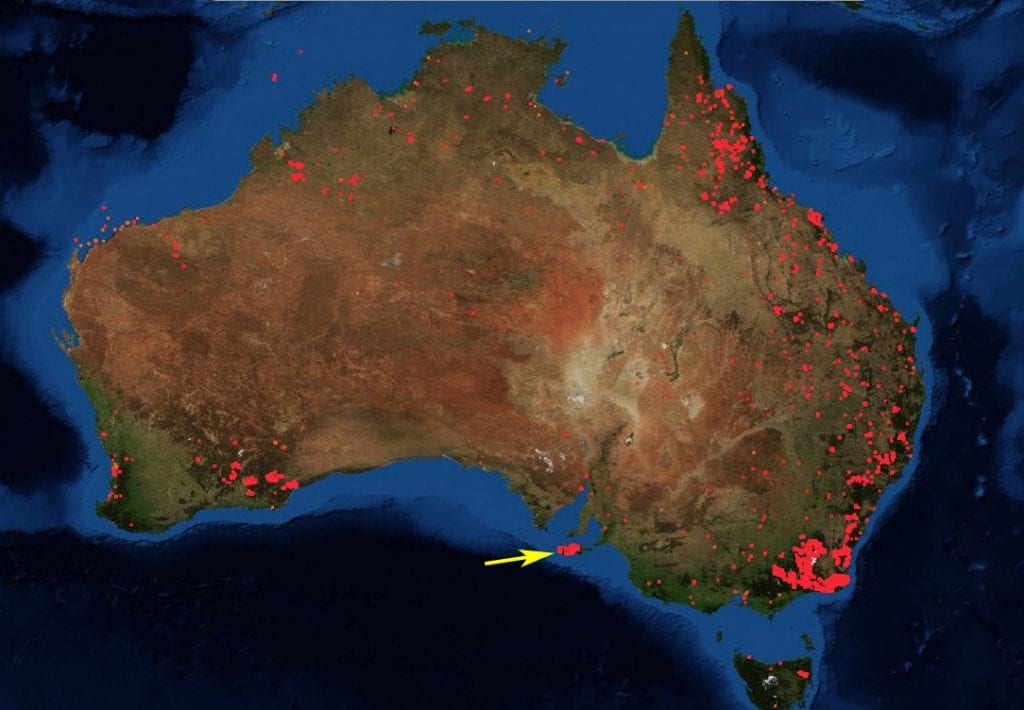 Many of the biggest fires in Australia have occurred where forecasters anticipated the risk was the highest. January 14, 2020 map from NASA Fire Information for Resource Management System.

The image of fires in Australia (taken from a NASA satellite picture of Australia on January 14, 2020) shows the extent of the 2019/2020 fire season. The arrow at the bottom of the image points to Kangaroo Island, over half of which has been burnt, devastating the unique ecosystem and the unique animals and birds that called it home.

We have asked three colleagues, two Australians, Dr. David Hensher and Michael Kennedy, AM along with Dr. Gary Tabor, the President of our CLLC partner organization who has strong Australian connections, to provide short commentaries on the current fire season in Australia. Dr. Tabor has also provided a series of links to conservation and rescue organizations that are working to respond to the disaster caused by the fires in case you are wondering how you might help. We hope you find these articles and the links of value.