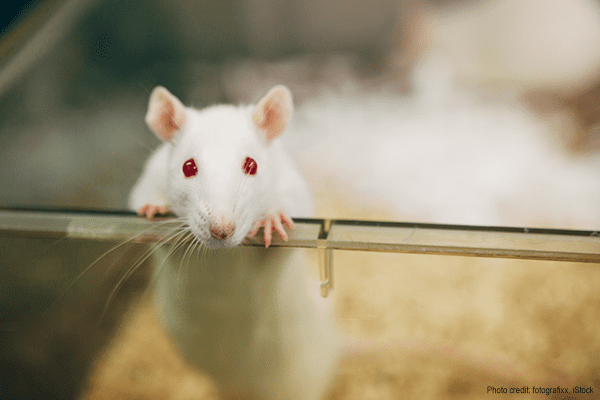 Nov 10, 2022 Slowly but Steadily, Animals are being Replaced in Safety Testing

Periodically, WellBeing News (WBN) carries a story on using animals to test the safety of chemicals (see May 2021 and December 2021). Advocacy campaigns to switch from animal tests to non-animal alternatives started over a hundred years ago. Public policy initiatives and technological advances leading to the implementation of alternatives began several decades ago. The WBN December 2021 story included an illustration of five selected countries showing animal use in laboratories increased rapidly from 1900 to the mid-1970s and then declined almost as rapidly to around 20-40% of peak laboratory animal use. It should be noted that the technical capacity to create genetically modified organisms (GMO mice) resulted in brief upward blips in laboratory animal numbers in most countries this century. However, animal use is again declining because GMO mice have not provided the expected research discoveries and insights. Instead, the latest focus is on developing so-called “organs-on-a-chip” using human cells grown on silicon wafers to mimic the behavior of human organs. Harvard University’s Wyss Institute and TISSUSE in Berlin are pioneers of this technology.

There is a tendency among advocates to lament the slow pace of progress in replacing laboratory animals, but such sentiments miss the forest for the trees. In 1993, a coalition of representatives from animal organizations and corporations persuaded the US Congress to add a paragraph to the NIH Revitalization Act requiring NIH to establish a group to coordinate the validation of alternatives to animal tests. Progress following that development was initially slow. Then, in 2000, the US Congress passed an act formally authorizing this group, called the Interagency Co-ordinating Committee for the Validation of Alternative Methods (now widely known by its acronym – ICCVAM). ICCVAM took some time to find its feet. Still, there have been substantial developments in replacing animal testing since the landmark 2007 National Academy of Sciences report (commissioned and paid for by the US Environmental Protection Agency) on the future of toxicity testing.

A significant challenge in the USA in assessing progress has been the lack of accurate data on laboratory animal use. However, the US Congress (in the persons of Representative Ken Calvert (CA-42) and Senator Jeanne Shaheen from NH) requested the General Accounting Office (GAO) to assess how much progress relevant federal agencies had made in implementing alternatives and reducing laboratory animal use. The GAO delivered its report in 2019 and recommended that federal agencies be more transparent in their use of animal testing and its replacement by alternatives. Following the release of the GAO report, ICCVAM convened a working group of representatives from nine federal agencies in early 2020 to develop metrics on the progress toward implementing alternative methods. The report generated by that working group was published in February 2021. Examples of the new metrics on animal use that are now available are provided on the website of the US EPA.

Another recent development on the “alternatives” front is the passage of the FDA Modernization Act (sponsored by Senators Cory Booker and Rand Paul) in September 2022. The act ends the FDA mandate that required experimental drugs to be tested on animals before they could be given to humans in clinical trials. In 1938, the passage of the Federal Food, Drug, and Cosmetic Act (following several accidents involving drug and cosmetic products that maimed or killed humans using those products) mandated animal testing before any human clinical trials. According to Senator Booker’s press release, “science and data have shown that in some products, animal testing is a highly inconsistent predictor of toxic responses in humans … [and] … a number of non-animal tests have been developed that are more predictive of the human response to drugs.”  The US Food & Drug Administration (FDA) is also committing to expand the use of alternatives in its regulatory activities.

ICCVAM’s recent achievements include developing computational tools, such as in silico prediction systems for acute toxicity, that are as reliable as animal test systems. ICCVAM has also identified adequate replacements for many older animal tests. These advances and the passage of the FDA Modernization Act this past September signal revolutionary changes in animal testing. The US EPA announced in 2019 that it would end the use of mammals in safety testing by 2035 but has subsequently walked back that commitment. In Europe, the Netherlands had also committed to phasing out animal safety testing of chemicals (by 2025) but has now dropped that commitment while maintaining its goal of being a world leader in innovation that does not depend on laboratory animal use.

Meanwhile, the leading scientific organization in the toxicology space, the Society of Toxicology, has organized five “Futuretox” conferences since 2012 that have explored various aspects of an “alternatives” future. The first of the meetings (in 2012) discussed whether it might be possible to replace animals in safety testing. By the third meeting of the series (in 2015), most presentations and associated discussions focused on how soon (rather than whether) the replacement of animals might occur! Those who believe the replacement of animals in safety testing is not possible are now in the minority.