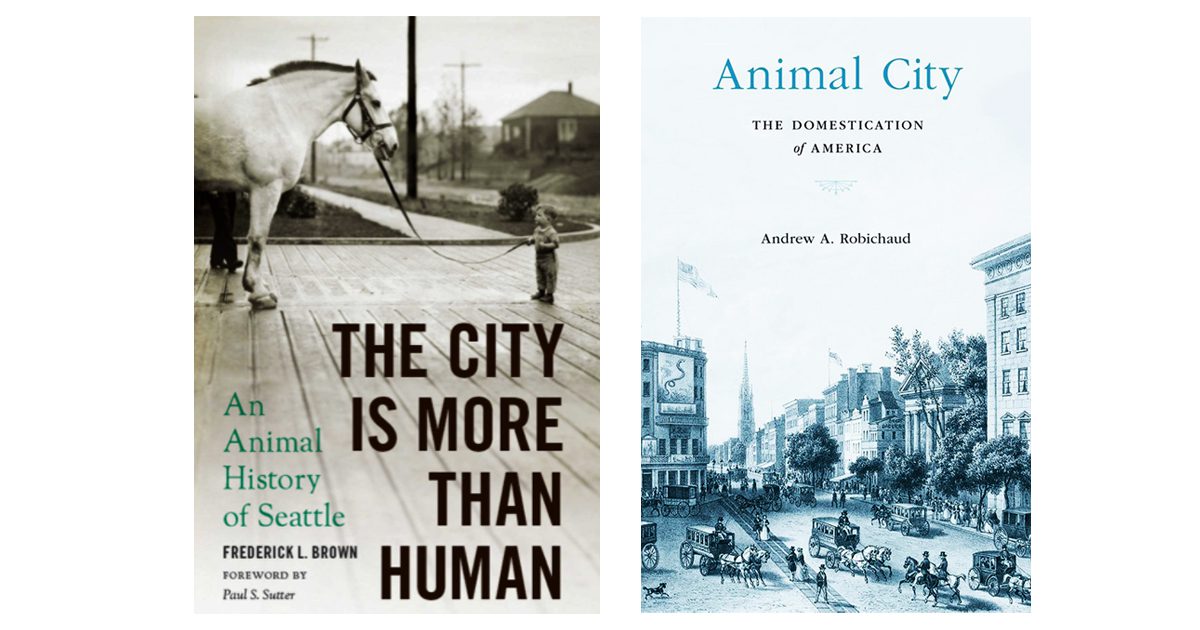 In 1987, when I was working on the first issue of Anthrozoos (the earliest surviving academic journal on human-animal interactions), the publisher and I agreed to carry reviews and brief abstracts of relevant books and scholarly articles appearing in other journals. Back then, this was not a particularly challenging task. Only a few books on human-animal interactions were published yearly (about once a month). However, today, it seems that the number of relevant books may have increased to one a day or more. Just one publisher, Reaktion, has published over one hundred books since 2000 featuring an eclectic mix of sociology, anthropology, and natural history addressing a single animal species. Many other publishers have joined the parade with their own “animal series.” It is no longer possible for one person to follow, read and digest the entire corpus of literature on human-animal interactions. But that does not prevent a focus on one specific topic. These reflections will look at several books exploring historical features of the domestic animals that have occupied our cities.

For example, Animal City: The Domestication of America (Harvard University Press, 2019) by Andrew Robichaud explores the place of domestic animals such as cows, pigs, and chickens in American cities in the 19th century and how they were gradually banished from urban precincts. For example, before transportation from the countryside was practical, city dwellers bought their milk from urban dairies while cats thrived as mousers in and around the stalls housing the dairy cows. Also, before the advent of motorized transport, horses and other draft animals provided traction to deliver goods and people in the city. Today, we may complain about air pollution from vehicle exhausts but horses and other roaming farm and companion animals in the 19th century left a much more tangible waste product on city streets that fouled footwear and long skirts.

A similar publication by Frederick L. Brown is titled The City is More Than Human: An Animal History of Seattle (Weyerhaeuser Environmental Books, 2017). It is also available as a Ph.D. dissertation, Cows in the Commons, Dogs on the Lawn: A History of Animals in Seattle. Brown covers the 20th-century changes in animal management that occurred in Seattle. One chapter, in particular, is relevant to dog management around the world. Brown notes that, from Seattle’s founding, dogs were legally permitted to roam the city’s streets. However, in 1958, in response to increasing public pressure to remove dogs from the streets, the city council approved a leash law that ended the canine privilege to roam when and where desired. Brown notes that this change restricting dog freedom was happening across America. For example, a 1935 study looking at six West Coast cities (Los Angeles, San Francisco, Oakland, Portland, Spokane, and Tacoma) reported that none prohibited dogs running at large. But, by the 1950s, dog control was a “red hot issue in hundreds of municipalities,” and the appropriate removal of dogs running freely at large was considered a feature of progressive, well-managed cities. By the 1970s, American shelters took in around 8-9 million stray and unwanted dogs a year when the pet dog population was about 35 million. Today, the pet dog population is estimated to be 80 million, but shelters have more than halved the number of stray and unwanted dogs that they take in. It is also now relatively uncommon to see un-leashed and un-collared dogs roaming American cities and their suburbs.

The drive to manage urban dogs and remove uncontrolled dogs from the streets occurred in the 1950s and 1960s in North America. Currently, the removal of loose dogs is being viewed as the mark of a well-managed city in other parts of the world. For example, India made an effort to remove street dogs from New Delhi streets in the athletes’ village when it hosted the Commonwealth Games in 2010. While many Indian city streets today still are characterized by a confused mix of animals, people, bicycles, and motorized vehicles, there are signs of change. Likely, the only animals to be observed in modern cities across the globe will be birds and the occasional carriage horse in the decades to come.