Posted at 05:34h By Andrew Rowan
A longtime animal welfare colleague, Robert Blizard, started a blog, Animal Matters, last October. As of today, he has posted fifteen articles or a little more than four per month to the site. As part of a team trying to maintain a schedule of two newsletters each month, we acutely know how time-consuming such a venture can be.
He has worked with me as a colleague and also as a leader at local shelters such as the Norfolk SPCA and Washington (DC) Animal Rescue League. For three years, he explored animal topics through a biweekly newspaper column by the same name in the Virginian-Pilot, serving the Hampton Roads of Virginia, and he’s published numerous articles on animal issues during the last two decades. 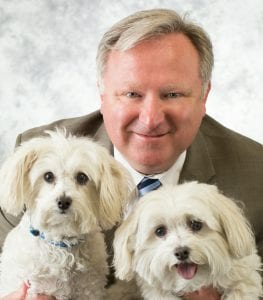 The blog focuses on animal issues and, in particular, on people engaged to some degree in animal advocacy. For example, his most recent story features Caryn Ginsberg, who is currently helping animal protection organizations improve their strategic thinking and marketing effectiveness via her consulting firm, Priority Visuals.
Earlier blogs feature other animal advocates, including Christie Smith (the retired executive director of the Robert Potter League animal shelter in Newport, Rhode Island), Holly Hazard (lawyer and founder of the Doris Day Animal League in 1987), Scott Giacoppo (currently president of the National Animal Control Association), Senator Mark Warner (senior senator from the commonwealth of Virginia) and more.
The blogs are not all about people. The first blog (not surprisingly) features the animals who have shared his life to date. Others cover historical issues such as American founding fathers’ interactions with animals: Thomas Jefferson’s use of the phrase “canine appetite” and his attitude to his dogs, as well as different species kept by George Washington on his Mount Vernon estate.
So, I encourage you to bookmark Animal Matters and spend a few moments reading about the people and events that spark Rob Blizard’s muse!
Print page