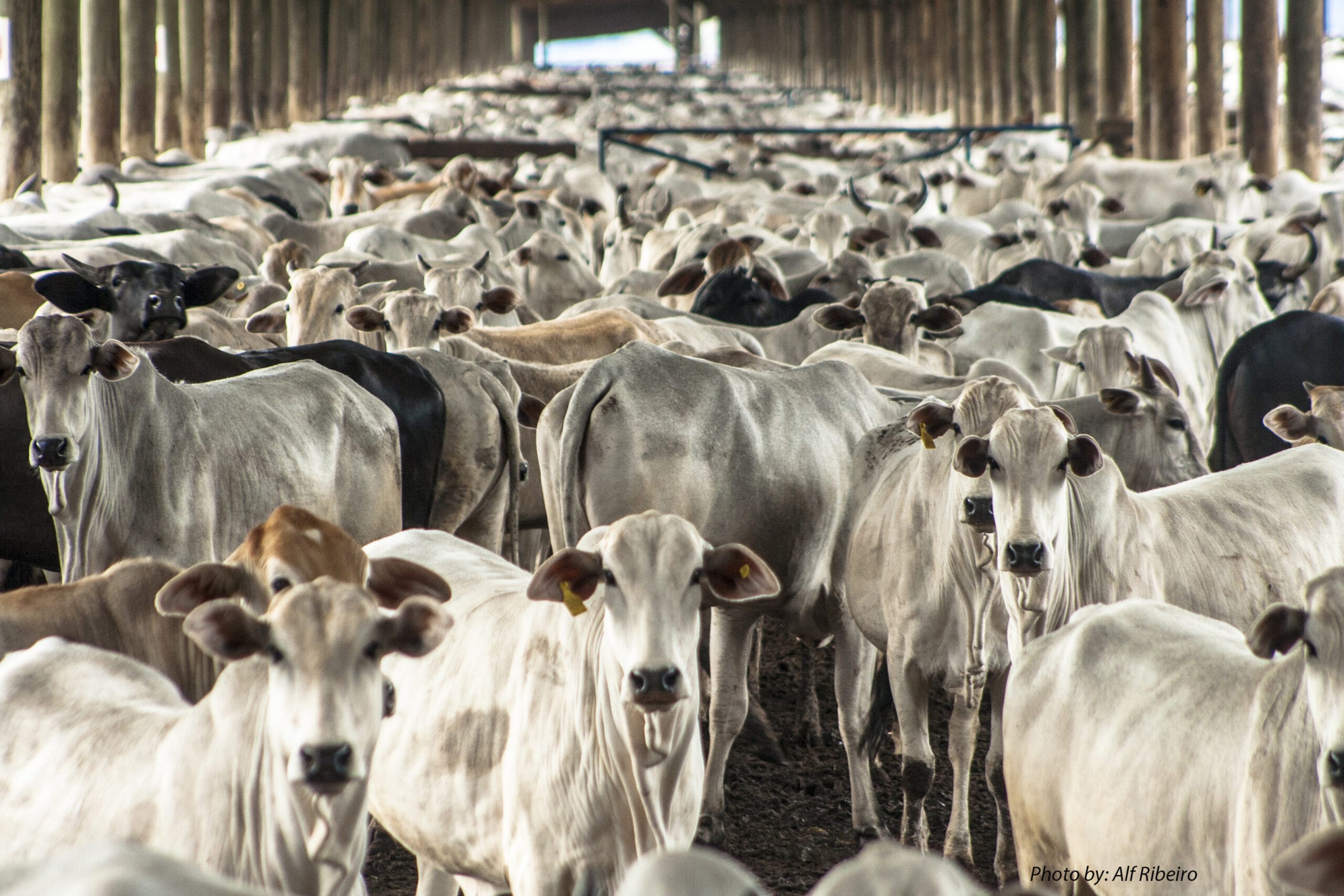 In an earlier ‘Letter from the President’ in WellBeing News (October 2020), we mentioned that the Food & Agriculture Organization of the United Nations’ (FAO) has predicted that the production of animal products would have to double to meet global demand in 2050. This prediction raised questions for us about the negative impact of a doubling of meat production on global sustainability. Then, a few days ago, a new paper by David R. Williams and colleagues, published in Nature Sustainability, concluded that future demand for food, animal feed, fiber and bioenergy crops is likely to massively escalate threats to biodiversity. This led us to re-examine the needs of animal agriculture using an analysis on global land use published by Oxford University’s Our World in Data team.

The FAO statement on its website includes the phrase that “world meat production is expected to double by 2050” without commenting on how this might be achieved nor even whether it would be a good thing for the environment and for the wild animals that share our world. This prediction has been widely quoted, again mostly without identifying how it might be achieved nor whether such an outcome would be “good” for the globe. The analysis of global land use by Our World in Data, reports that there are 104 million Km2 of habitable land on the globe. This number is then broken down into land used for agriculture (50%), for forests (39%), for shrublands (11%) and urban (1%) and fresh water bodies (1%).

The chart below includes an additional breakdown of land use into the extent of agricultural land (77% of the total) required to produce meat, dairy and eggs (a substantial proportion of the land supporting this production is being used to grow crops such as soybeans and corn to feed to the animals). Assuming that there is no change in animal agricultural technology, then a doubling of meat production would require a doubling of the land area needed to grow animal feed and support animals. The chart below shows: 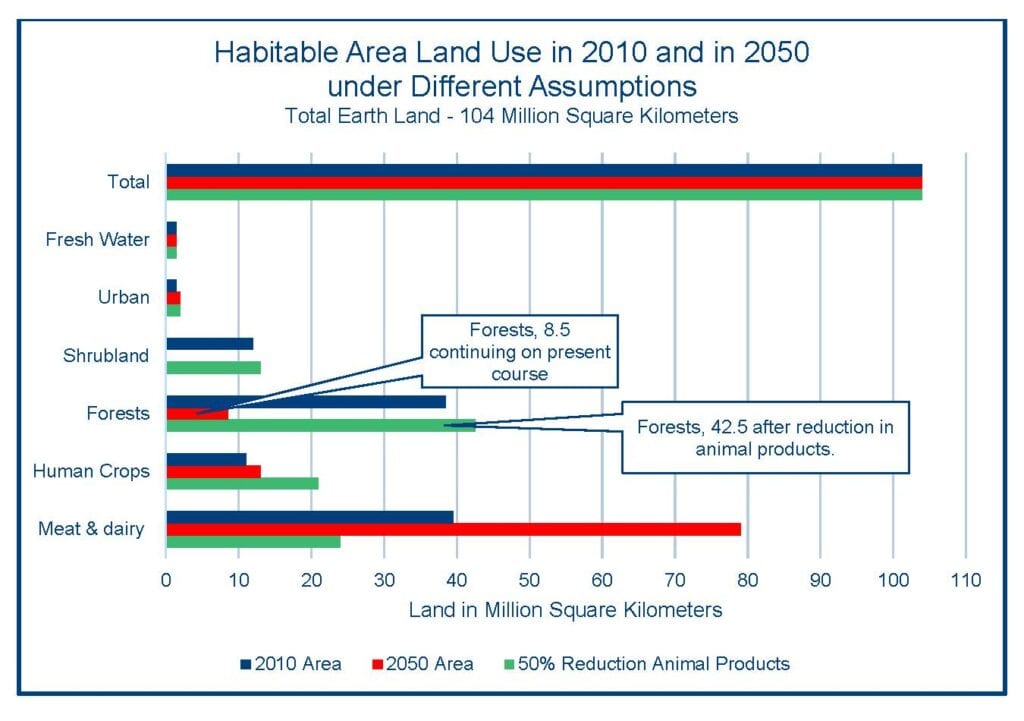 The data in the chart is derived either from the Our World in Data report on land use for 2010 or was developed by WellBeing International to estimate approximate land use needs under two scenarios – a business-as-usual doubling of animal product consumption or one where per capita world meat, dairy and egg consumption was halved.

In the business-as-usual scenario, WBI estimates that we would have to convert approximately 80% of existing forests and shrubland into land devoted solely to produce meat, dairy and eggs in order to double the production of animal products by 2050. We doubt that many global citizens would want to see such an outcome. It would result in additional very large declines of wild vertebrate populations (that are currently a mere 32% of their estimated abundance in 1970 according to the latest Living Planet Index). And wild vertebrate abundance in 1970 was likely already a relatively low fraction of wild vertebrate abundance in 1900. And yet many organizations blithely talk of this doubling as though it is not only inevitable but that it is also a positive development.

Fortunately, some institutions are beginning to push back against this scenario and are promoting the need for a substantial change in human diets with a much greater emphasis on plant protein production and consumption. For example, the medical journal, The Lancet, established a commission of 37 world-leading scientists to answer the following question – “Can we feed a future population of 10 billion people a healthy diet within planetary boundaries?”  They reported that we could but that we would have to transform eating habits, improve food production and reduce food waste. The 2019 report has already had a considerable impact and is, for example, changing the way cities address food policy via the Food Systems Network.

A change to the production and consumption of fewer animal products in favor of more plant foods would be a very positive development for the planet. Even though animal agriculture currently uses 77% of agricultural land, it produces only 18% of global calories and 37% of global protein in the world’s food supply. Such a change would also be of benefit to the globe’s climate since animal agriculture is a significant cause of climate warming.