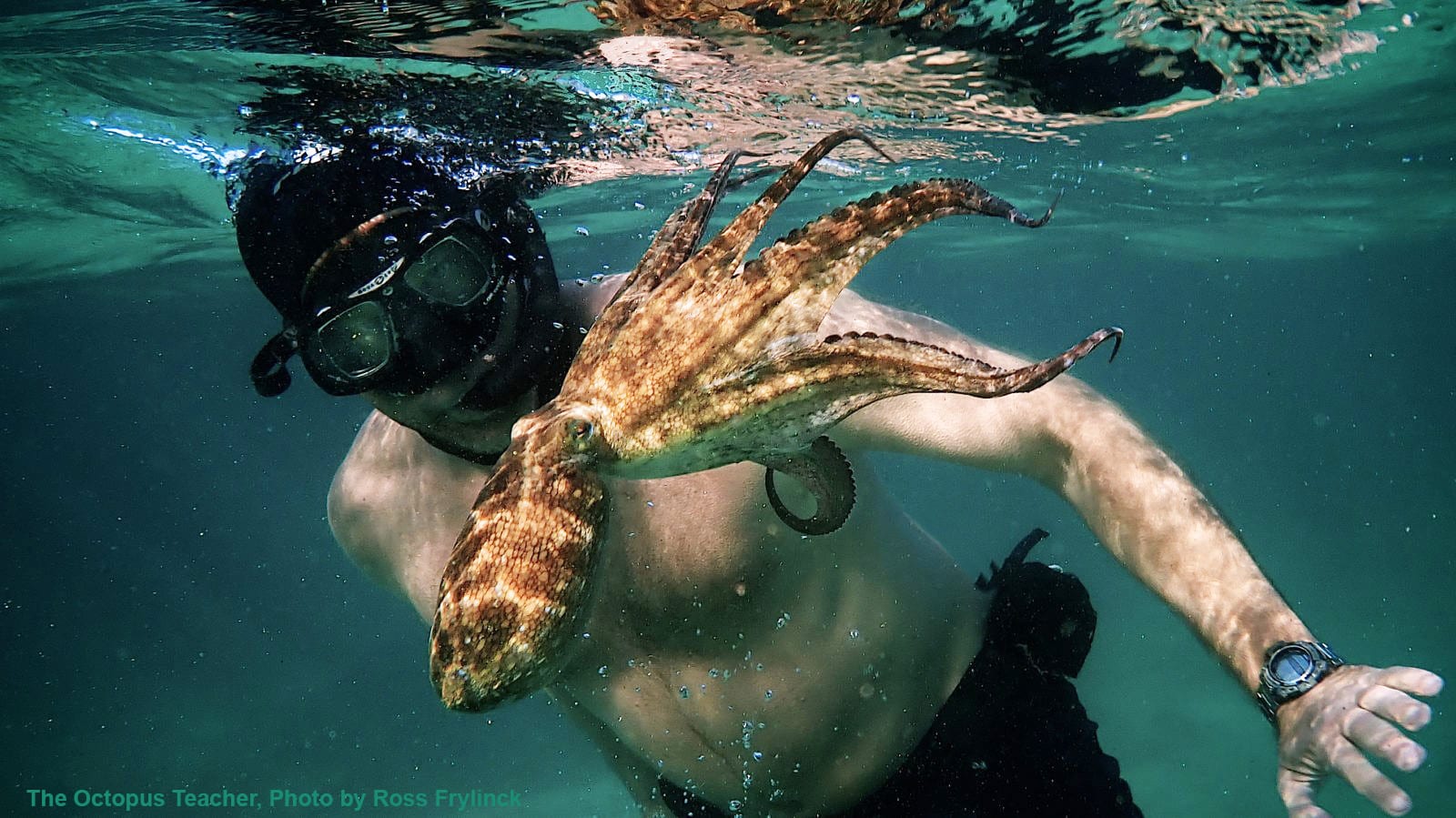 The stars of the new Netflix documentary, My Octopus Teacher, are Craig Foster, a film maker, and a small boneless creature, Octopus vulgaris or the Common Octopus.  For most humans, the only view of an octopus will be in an aquarium.  However, Craig Foster visited his ‘teacher’ almost daily for a year in its native habitat along the shores of False Bay near Cape Town.  [This octopus is found in tropical and temperate coastal waters around the world.] Octopi are fascinating marine animals with a well-deserved reputation for intelligence and Houdini-like qualities as escape artists.  The lifespan of the typical Common Octopus is very short – somewhere between 12 to 24 months.  They mate once and then both the male and female die shortly after reproducing.  Therefore, Craig Foster knew his connection with his ‘teacher’ would be short and went daily to visit the octopus in the kelp forests of False Bay.

There is something magical about developing such a relationship with a wild animal.  Through history, there has been a sense that a wild animal’s trust demonstrates that one has real “goodness” (for want of a better term) of character. Many biographies of saints refer to the assistance and friendship they received from wild animals and the biblical story of Daniel and the lion has been retold for centuries.  The experience with such a wild animal also leaves a sense of just how vulnerable and fragile their world really is and maybe, just maybe, it produces a greater recognition of our obligation to protect their (and our) world. 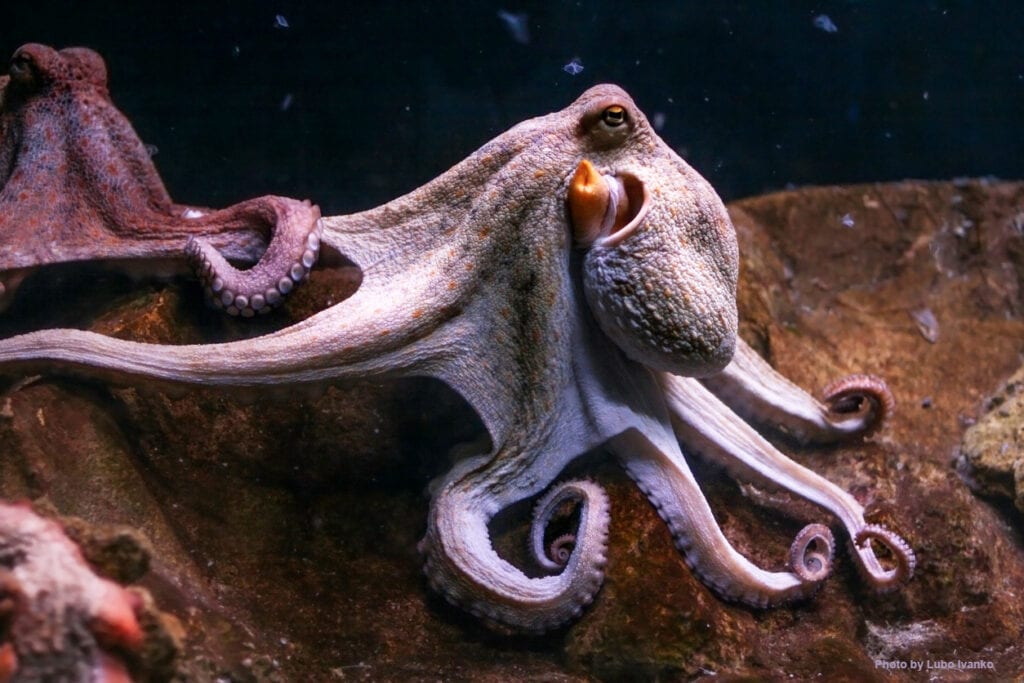 Purple common octopus, tentacles rolled with another one in the background.

There are many stories of wild terrestrial animals engaging in a trusting relationship with a human.  But there are very few stories of a human-octopus relationship mostly because it takes a rare human to do what Craig Foster did – dive day after day in the same stretch of sea (even during winter when the water is frigid) to observe and interact with the teeming sea life.  It also may take an even rarer octopus to develop sufficient trust to engage with that specific human.

Last month (September 2020), Netflix debuted a new documentary – My Octopus Teacher – based on the human-octopus relationship and Foster’s own journey to rediscover meaning in his life.  It is a remarkable story of an animal that, while so different from us, develops a trusting relationship with a human that not only transforms the human but also produces an enthralling story about humanity’s potential relationship with the environment.

The documentary lasts an hour-and-a-half but the time seems to flash by.  Visually, the film is stunning with gorgeous under-water and above-water views of the Cape of Good Hope, or as sailors for centuries have called it, the Cape of Storms.  I grew up there and watching the film brought back many memories of my own time on the shores of False Bay playing in the rock pools.

In the introduction to the documentary, Foster reports that, after twenty years of filmmaking and exploring nature, he was burned out.  That is why he decided to return to the coastal waters he had explored as a child and to reacquaint himself with the kelp (seaweed) “forests” of the seas around the Cape.  Over time, this exposure to the cold waters and the teeming sea life started him filming again and then to this wonderful documentary – My Octopus Teacher.

Octopi are amazing creatures, and we are only just beginning to come to grips with their intelligence and emotional lives.  [Note: “octopi” is the popular plural of octopus but it is linguistically incorrect – the plural should be “octopuses.”]  Our new WBI Studies Repository includes the journal Animal Sentience which has a number of items discussing what octopi feel and think and readers are referred in particular to Jennifer Mather’s article (she is credited as an advisor to the film) on the octopus mind. 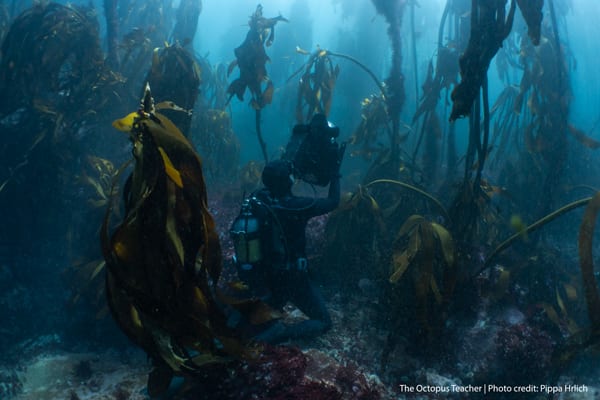 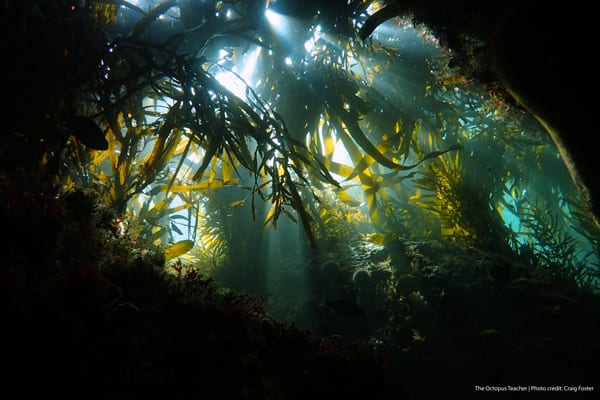 Editor’s note:  The Sea Change Trust is the organization that has produced this documentary.  We encourage readers to visit the Trust’s website and read about its mission to protect the Great African Sea Forest off the southwest tip of the African continent. We thank the Trust who provided us additional images and this video of Craig Foster for your additional enjoyment and edification.